Aiden Wagner (Wagner Soil Testing Yamaha) won all six races of the Supersport over the two days of competition at Sydney Motorsport Park on the weekend, giving the young Queenslander a championship crown at the 2014 Swann Insurance Australasian Superbike Championship. We spoke to Wagner straight after he wrapped up the title on Sunday. 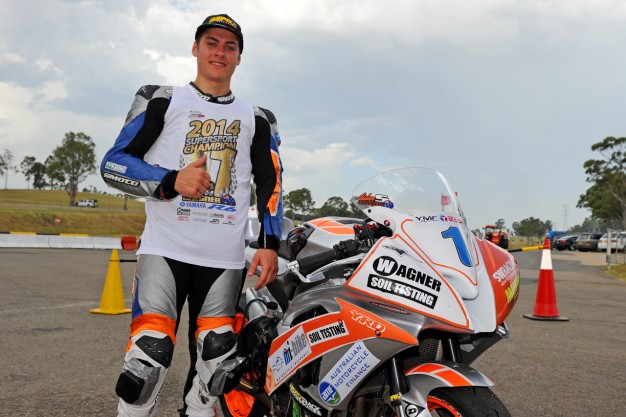 You are officially a champion; how does it feel?

It feels absolutely unreal and I don’t think it has really kicked in just yet – six from six and I am over the moon. I am absolutely lost for words.

How much support did it take to get you here today?

I can’t thank my sponsors enough, without everyone’s help I wouldn’t have been able to race this weekend. Everyone has chipped in massively and it feels absolutely unreal. I am keen to sit back, cool off and celebrate a little now.

In all of the races today you started behind Aaron Morris, but early in each race you took leads that were never surrendered. How do you enjoy being the rider the others are chasing down?

It’s what I have been trying to teach myself a lot recently, just to be consistent out on the laps on my own, so it is starting to pay off. A lot of practice has gone in with the whole team; everyone has been chipping in so that I can get a bit of extra seat time and it’s paying off, so I am having a ball. 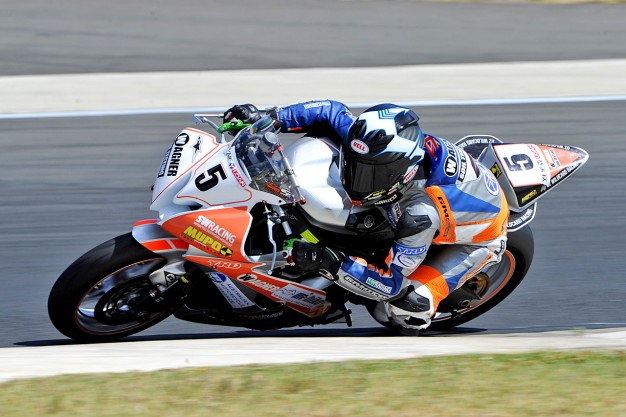 Before round five at Wakefield park you were a fair way behind in the title race. It just goes to show that perseverance can pay off and that it’s never over until it’s over!

The early part of the series was tough and we didn’t quite get the results we wanted and it was holding us back a bit. But we pulled through and pulled back a lot of good races – I think the last 12 races we have won consecutively and maybe then some, so it really shows what a good team around you can do and I can’t thank them enough. I am stoked that I caught up as much as I did.

Thanks very much – it’s all just so unreal!