In the tightest of all championships contested at the 2014 Swann Insurance Australasian Superbike Championship, the Kawasaki FX300 Ninja Cup class was quite a spectacle. As the championship title came down to the final straight on the last race of the series, it was Brandon Demmery (Noise Guard Racing) who came out on top. We spoke to Brandon to find out exactly how the new champ was feeling. 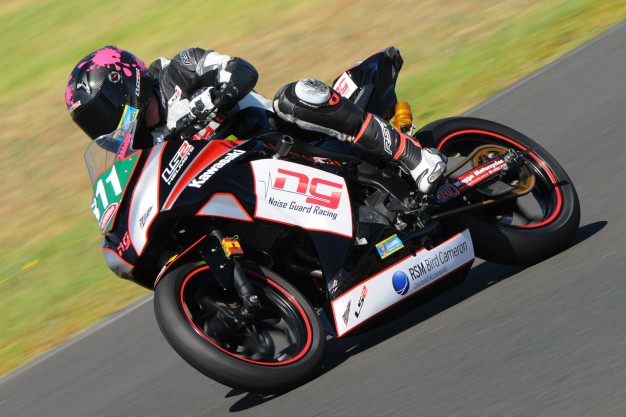 Congratulations, what an incredible finish!!

It came down to a video finish on the line – I was in the grass with Kyle [Buckley] bumping me off a little bit, but that’s racing and he trying to defend his position. I can understand as I probably would have done the same. But thanks to my whole team for such an awesome season, they made this all happen so I can’t thank them enough.

It was clear that Kyle was edging across the front of you; what were you thinking as you were coming down the straight?

There were a couple of points where I though I didn’t have it and there were a couple of points where I thought that I did. But it took a few seconds to realise that I had done it and after that I was over the moon. I could see that I was just the thickness of a Weet-Bix over the finish line, I could see just as I looked down at the front wheels, so I was pretty over the moon that I had it, and congratulations to all the other boys for the season. I have had a fun, fun year.

So in your mind you didn’t need the video review to know that you had it won?

I knew I had it before the video review – I had a look down at the front wheel just before we crossed the line and I saw mine was in front so I am over the moon. 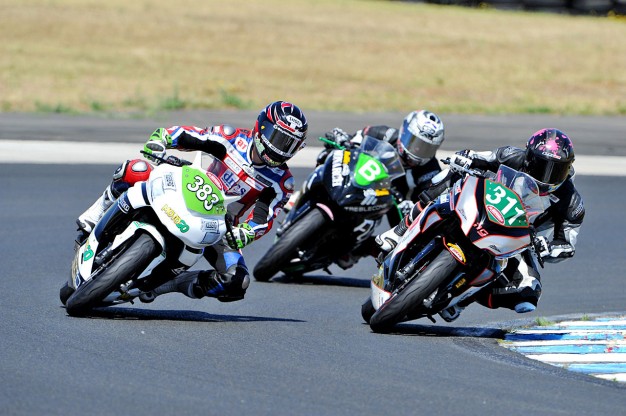 I really want to thank my whole team, Noise Guard Racing for being my major sponsor this year, they really made it all happen for us. Cessnock Grooming Salon and Lay Lanie Pet Spa for their help throughout the season, they have been awesome supporters throughout the year. RSM Bird Cameron, came on board for the round, it looked a bit tight before the round and we didn’t know if we would make it here but they came on board and helped us out. John from Helmet House in Western Australia really helped us to get to this round, I can’t thank him enough as he was a last minute sponsor that got us here. And all my family for their support throughout the year, they have been an amazing support and I can’t thank them enough.