Jack Miller will take on the unprecedented challenge of stepping up directly from Moto3 to MotoGP with CWM LCR Honda in 2015, already recently impressing during testing at Valencia and Sepang. Miller spoke about his experience so far, straight after undergoing shoulder surgery to remove hardware from an old injury. 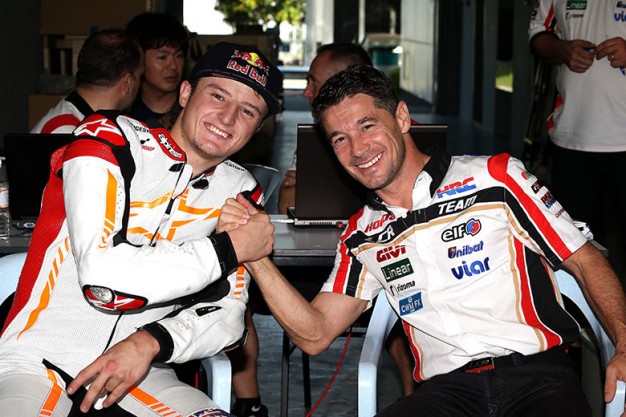 Jack, here we are in the hospital once again. First of all, how are you feeling?

It feels almost like a home from home! I’m definitely feeling a bit lighter on the right side. Dr. Mir has taken out seven screws and two plates.

Please talk us through how the injury was first incurred…

I first broke the shoulder back in Moto3 in 2012. Then I broke it again at Indianapolis last year, but I completed the rest of the season. Because it hadn’t fully healed the plate got bent. Then I crashed in Jerez testing at the end of last year, pulling out the plate and splitting the bone in two like a piece of wood. Last year I had a big operation to put it back together; basically they put two screws on either side of the bone to make it fuse. This year, because the screws weren’t really fixed into the bone anymore it never really stayed tight, so towards the end of this season it started to get a bit loose and I had this awesome-looking lump at the top of my shoulder. It’s good to be back to 100 percent now. I’ll take a couple of days off to let the scar heal and then we’ll be back on the ground for 2015. 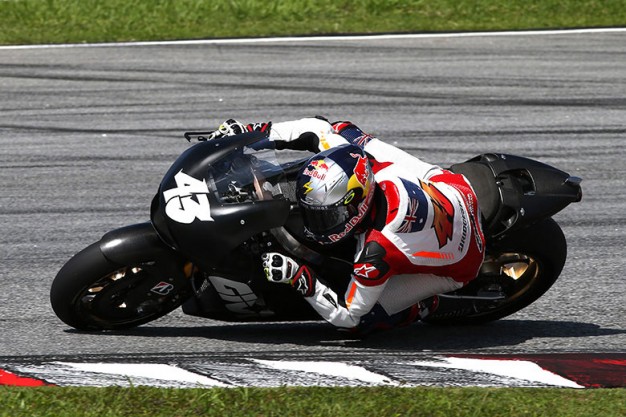 What about Sepang testing next February? Will you be fit by then?

Well, I hope so! We’ve got a fair bit of time until then. I’m really happy because we have already been able to do a test at Sepang. It was definitely nice and warm over there [laughs], but I enjoyed it nevertheless. It’s the greatest experience I’ve ever had on a motorbike. The straights go a lot quicker than on the old Moto3 bike and you spend a lot less time tucked in behind the bubble, that’s for sure!

Comparing Moto3 and MotoGP, you have to handle 200 more horsepower than you did previously. That must have been a shock at the first test in Valencia.

It was, for sure. But the new bike I then rode in Malaysia is like nothing else. It’s a further step ahead – it’s incredible. We’re still not using the anti-wheelie or traction control, but in a couple of points that is now starting to restrict us and we have a lot of rear wheel spinning. I come from a dirt track background, so I am enjoying so much the fact that I am able to play with the power and body position to really get the maximum drive out of the corners. In Malaysia, with a nice corner like turn three where you can get a bit of counter-steer, it makes riding a lot more fun.