Current Australasian Superbike Champion Wayne Maxwell made the high profile move to Yamaha over the off-season, switching from Honda after winning dual titles last year and now setting his sights on 2015. CycleOnline.com.au spoke to Maxwell about the transition and more in our first Catching Up interview of the year. 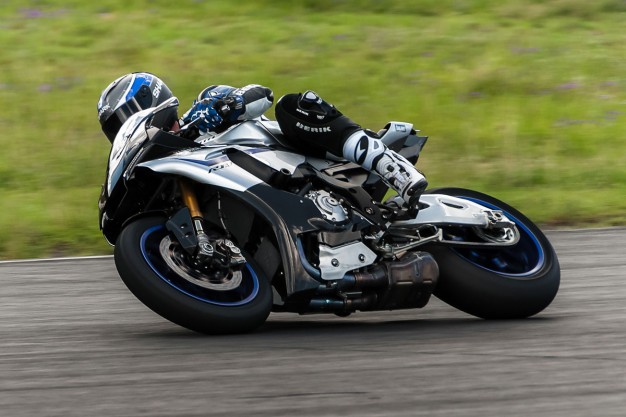 First of all Wayne; the switch. Tell us about your decision to transfer from Honda to Yamaha for 2015…

I guess the switch was based around a lot of things. You know, I’d been at Honda for the past five years apart from one, so to finally win with them was a great reward for the faith that they’d put into me. I looked at the marketplace and the position in racing, and Yamaha had a new bike coming and a bunch of great models whether it’s road or dirt – they’re very competitive, so that influenced it. I spoke to John [Redding] and the team, was able to get a good impression from them, and so far, so good.

This will be your third different manufacturer in three years (Suzuki in 2013, Honda in 2014 and Yamaha in 2015) and you’ve won titles for the past two years. Does that help your confidence, knowing you’ve already won on different bike brands in the past?

Yeah, it was in the back of my mind, but I guess I don’t really think of it like that. I treat them all like a motorbike when I ride them. I’ve ridden the Yamaha and my first impression with that is great, plus I was able to work with the Yamaha Racing Team and they had a good understanding of it. I think we can make it a competitive package that will help the whole team to be competitive, as the guys at Honda were able to last year.

It’s been an on and off relationship with Team Honda Racing over the years for you, since 2008 when you first rode Supersport for the team. Is there any hard feelings there?

No hard feelings, no. That made it super-hard to leave, because from about the middle of last season the whole team was getting along great and I was getting along with Paul and Laura [Free] awesome. So it did make it hard, to give them the bad news, and I procrastinated for a bit before I finally made my decision. When I told Paul and the guys from Honda, they were understandably upset that I was leaving, but very supportive as well, so it’s a great feeling not to burn a bridge.

Last year you were part of the high profile Honda line-up with Stauffer, Herfoss and Hook, while this year it will be you alongside Allerton and Halliday on the R1s. How will the team dynamics be between you guys, considering your experience last year with multiple strong riders in the one team?

It’s hard to know where Glenn’s at, because when he’s on, he’s on, and he’s super-fast. He will be looking to get back to his previous best form and Cru’s improving every year that he goes racing, so hopefully between us we can make the Yamaha consistently in the top five and come away with the championship, possibly repeating what Honda did with first, second and third in the championship. 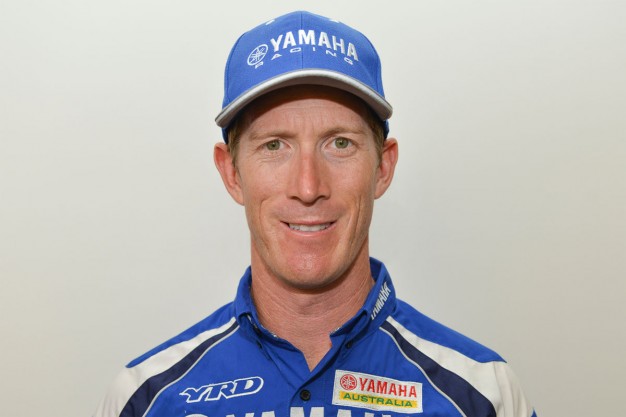 Is there any chance you’ll contest the entire ASBK series, or just the Phillip Island opener alongside World Superbikes as per the Yamaha press release?

I’d like to contest the whole ASBK series. Yamaha aren’t in a position to do the whole series and I don’t think they can see the value in it at the moment, because it is still in its new building phase, but I’m interested. It’s just a matter of getting support from Yamaha and putting together a few other things, but it would obviously make it a lot easier if Yamaha does do the first round. That would make it quite easy.

We have already spoken about it previously, but give us your thoughts on the new R1M after you rode it in Queensland during December.

Yeah, my first impressions were that it felt very light and nimble. It seemed to stop and turn well, plus it has great power and very responsive electronics. It’s a matter of piecing all of this modern technology together into a package that gives us the best lap time, especially over the duration of a race. For a standard motorcycle I was really impressed and I think the team were in that spec as well.

Yeah, I hope we can improve it, that’s the scary thing! It’s such a race bike out of the box that you’re not going to get the gains that you had with other race bikes, because it is so advanced out of the box. The last second’s always the hardest one to find, so we’ll just chip away at it and who knows how good the new Yamaha can be.

Well thanks for your time, looking forward to watching it all pan out over the course of the season.

No worries and thanks for your support.