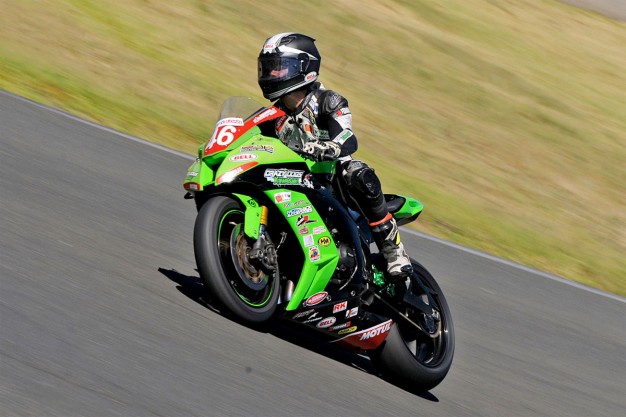 Winning my first Superbike race in my rookie year at Sydney Motorsport Park.

The race that was the greatest moment of my career! Race two, round six, of the 2014 Swann Insurance Australasian Superbike Championship at Sydney Motorsport Park.

Win a world championship, either MotoGP or WSBK.

Phillip Island, because it’s so fast and flowing which suits me and the way I like to ride.

No one in particular, I’m just trying to beat every other Superbike racer.

Probably a soccer player, because I was doing that when I was five years old until I was about 10 and started racing motorbikes.

Valentino Rossi. As a kid, I watched him dominate, which is the ultimate, and I’d like to be able to do that one day.

A strong emphasis is on cardio involving road cycling, running and mountain biking. I also spend a lot of time in the seat on my race bike, which helps me stay conditioned for racing.

None; everything I do is bike-related!

I’m comfortable and used to my living environment, so nothing is foreign to me.

Who will win World Superbike this year?

I’m the youngest sibling in my family – I have three sisters and one brother.

Too long ago to remember.

Crashed my mountain bike in the middle of 2014 and broke my scaphoid.