The first of two planned MotoGP tests for Casey Stoner took place at Sepang in Malaysia this week, before the grand prix regulars take to the track on Wednesday.

After limited laps on Thursday, Stoner got more laps in before the rain arrived on Friday and he was happy with the progress made for HRC before Marc Marquez and Dani Pedrosa take over next week.

We should have more details on Stoner’s test to come, but it seems like it’s a success so far despite the mixed late afternoon conditions that we’ve become familiar with at Sepang tests. From the outside, it’s obvious Casey is really beginning to enjoy his development role with HRC on the RC213V. 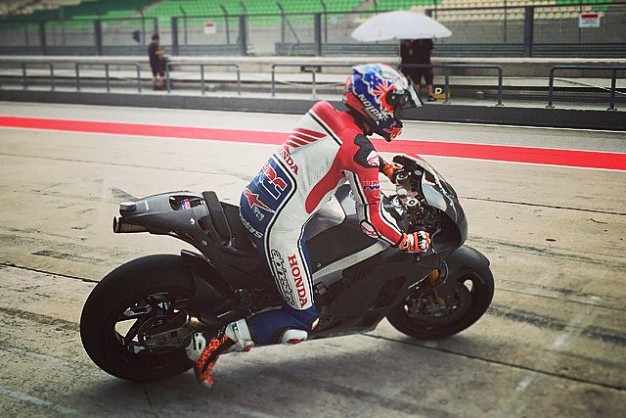 Phillip Island’s been a hive of activity this week as a host of domestic racers get set for February’s opening rounds of the World, Australian and Phillip Island Superbike championships.

It sounds funny when you combine all three for the one weekend and, to be honest, the fact that it is the opening round of the new-look ASBK series is almost beneath the radar at this point for one reason or another just weeks out from the event.

Being WSBK weekend, many of the domestic racers race regardless if the support categories are championship events or not, so for many it’s simply regarded as racing the ‘WSBK support races’ when in conversation. That said, those who do well could be lured into chasing a championship for the season and it will be interesting to see how it pans out in 2015.

Team Honda Racing was on track for the first time of the year earlier this week with Troy Herfoss and Jamie Stauffer, as well as Japanese-bound Josh Hook. As I said previously, Hook will do select local races with Honda this year including on the WSBK weekend.

We know that the Yamaha Racing Team with YMI won’t be at Phillip Island as they’re still in the early stages of 2015 YZF-R1M development, which also means we won’t see them back in the ASBK for this year at least, according to their schedule released with the rider announcement late last year.

On that note it will be interesting to see then what current national Supersport champion Daniel Falzon makes his debut on at Phillip Island – potentially one of the first in the world to race the new R1 if he has it in race trim by then.

The wildcards, as per yesterday’s news story from the circuit, were on track and Jed Metcher’s Race Center entry continues to come along. It’s a nice storyline that pairing, with a lot of local development going into the ZX-10R (or RC-10 as they call it) before Metcher heads over to race British Superbikes fulltime this year.

With Matt Walters a recent withdrawal, Metcher becomes the lone Aussie on the WSBK grid unless there’s the usual pre-season test casualties and world championship teams go scrambling for a last-minute local replacement again. Don’t rule it out.

News that Glenn Scott has secured a deal with the AARK Racing team on a Honda in World Supersport for the entire season is brilliant and to top it off, it’s hoped that in between his WSS duties he plans to race select local races on his privateer Superbike. 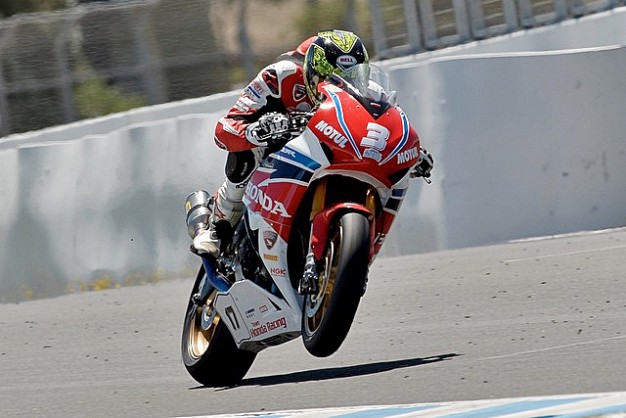 Scott has shown huge potential over the past two seasons on a Superbike, albeit with some inconsistencies, but there’s no doubt that he is one of the most promising talents in the country at the moment and with a decent amount of experience on a range of machinery.

I’m particularly interested to see Aiden Wagner in action at the Island next month, because after his Moto2 wildcard he will be aware just how tough international racing is, although his R6 will be far more familiar than the Marc VDS Racing Team Kalex that he raced at the GP.

Wagner was incredibly strong on the 600 at the end of last year and he arguably gets more track time than anybody in the country, so as long as his bike is in the ballpark and he can rise to the occasion, we could see a really special ride from him in WSS.