After finishing seventh in his first full season of Australasian Superbike Championship competition, Sean Condon will be one to watch in the 2015 season back again on board the Bikebiz Racing/Ipone/Swann Insurance-backed Kawasaki ZX-10R. CycleOnline.com.au spoke to Condon about his rookie season and the upcoming year in this Catching Up interview. 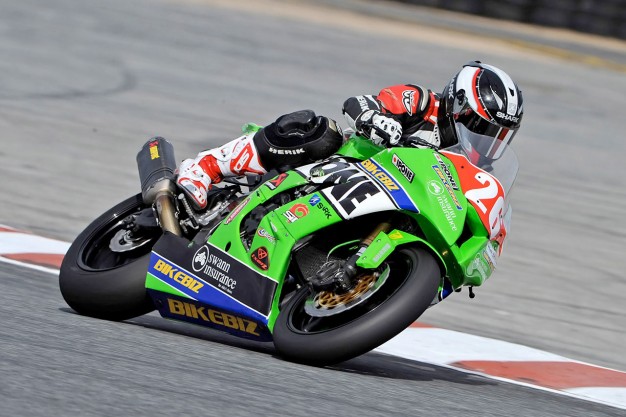 You’ve confirmed that you’re continuing on the Bikebiz Racing Kawasaki for 2015, so you must be excited for the new season.

Yeah, same program on the same bike and team with the same sponsors, so I’m definitely looking forward to this season. I’ve had a year under my belt on the Superbike now, so I can’t wait for the year coming.

You had a few injuries along the way, but last year was a positive one for you overall. How would you sum up the season?

For my first full season I really can’t complain. It definitely started strong, but after I had major surgery on my ankle and a couple of broken ribs along the way, that was a bit of a setback. But other than that I was happy to be the first privateer home and still took it to the big boys with a few podiums along the way.

Looking back, what was the highlight of the year?

I suppose that would probably be being my first full season on the Superbike as a rookie, just taking on the factory guys and being able to mingle with the top riders in Australia – Allerton, Maxwell and those type of guys. That was probably a bigger highlight than just one round in particular for me and, although not consistently, I still showed I could do that.

Watching you last year you could see the potential, but not everybody was aware of the injuries you were carrying. Are you confident you will be able to maintain podium and race-winning form throughout the whole year in 2015?

Yeah, that’s the plan. I came out swinging last year and I feel confident – really good on the bike. Obviously injuries hindered my consistency, but this year I am looking to come in a lot stronger and fitter. I’ve put myself at less risk of injuries with the way I’m training, so I want to be consistently up the front and I feel I can do that. 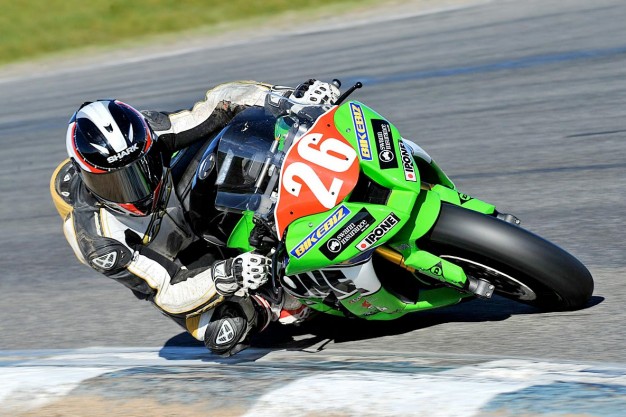 You’re remaining on the ZX-10R for this year. Was that always the plan for you guys from the end of last season?

There wasn’t really any thoughts of anything else at this point in time. The Kawasaki is probably the best package out there and most proven, I have a good relationship with Kawasaki Australia, and we understand the bike after a full season on it. It would have been silly to go to something completely unfamiliar and start over again.

100 percent, it will. We have a lot of data and everything, so we can start strong on Friday every weekend.

And this year in the ASC there are three rounds at Sydney Motorsport Park, so is that something you’re excited about, being your home track?

Definitely. Eastern Creek is only like a 20-minute drive, there’s no travelling involved and you get to sleep in your own bed. I can’t complain about that!

No worries, thanks for the chat and we’re excited to see you come out strong this year once again.

Thanks for the interview and I’m really looking forward to the season starting.