Top 10: What to watch at Sepang

The 2015 MotoGP pre-season officially got underway at Sepang on Wednesday and it was a stacked field of 30 premier class bikes that took to the Malaysian circuit. Like everybody, we’re pumped for the new year and this is what we’ll be closely watching this week. 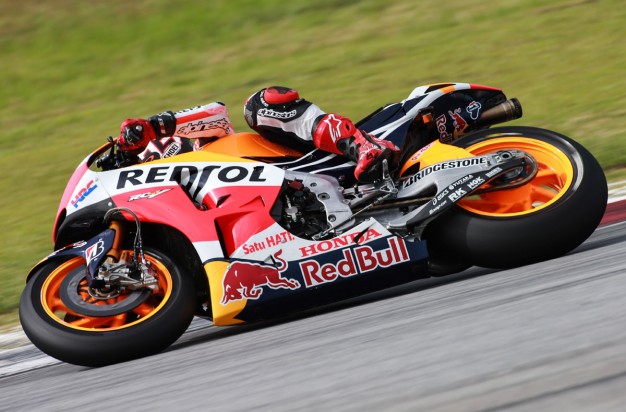 1. Marquez’s title defence:
Two seasons into his MotoGP career and Marc Marquez has double premier class world titles to his credit. Now, with Yamaha gaining momentum and Ducati showing much promise, Marquez faces another new challenge in 2015. However on cue, the Spaniard topped the timesheets yesterday to start the new year – with a host of factory Hondas to try-out – and will no doubt be the title favourite when racing gets underway.

2. Miller on track again:
Wednesday saw Aussie debutant Jack Miller on track at Sepang again, quickly up to speed after testing the RC213V-RS in Malaysia during November. Now amongst the class of 2015 and a host of test riders, the 20-year-old soaked up the action and will learn a lot throughout the pre-season. Any concerns over his transition from Moto3 straight to MotoGP are quickly fading at this point.

3. Early form of Rossi:
After a magnificent 2014 season, Valentino Rossi will enter Malaysia with far more confidence than a year ago and already showed strong form on the opening day. If Marquez misses a beat this season, don’t be surprised to see The Doctor take home title number 10 once and for all!

4. Leaner Lorenzo:
There’s been a lot of interest in Jorge Lorenzo over the off-season as he comes into the pre-season far leaner than last year. It’s no secret that last season was a disappointment for the dual world champion, so he’s eager to bounce back with superior fitness compared to 2014.

5. Ducati development:
Ducati has worked its way into the ballpark over the past 12 months since the arrival of Luigi Dall’Igna and a number of structural revisions. Now on board what they’re calling a Desmosedici GP14.3, Andrea Dovizioso was fourth on day one and new teammate Andrea Iannone was seventh. With the GP15 due to debut at Sepang 2, Ducati is on track to challenge Honda and Yamaha this year. 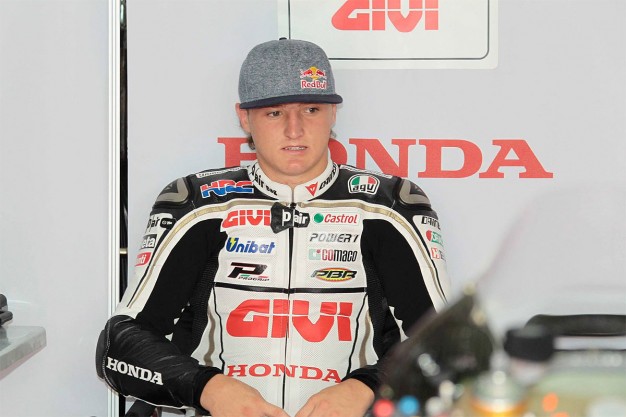 6. Open class contenders:
Forward Racing Yamaha new recruit Stefan Bradl was fastest of the Open class entries on Wednesday in eighth overall, near a full second ahead of Nicky Hayden on the Aspar Honda RC213V-RS. Close behind the 2006 world champion, Hector Barbera (Avintia Racing Ducati) and Miller will be in the mix for Open ‘podiums’. Riders to watch for as they get the hang of GP bikes will be Eugene Laverty (Aspar Honda) and Loris Baz (Forward Racing Yamaha).

7. All-new Aprilia:
Still with Gresini Racing but now Aprilia-mounted, Alvaro Bautista was impressive on day one. He may have been 15th, but just two seconds from Marquez’s benchmark is promising on the Aprilia complete with a pneumatic-valve engine (he prefers the older model over the all-new bike at this point). What was interesting though was that Bautista was over two seconds faster than factory favourite Marco Melandri down in 26th, who’s coming off a strong run in WorldSBK.

8. Suzuki officially back:
Team Suzuki has returned and Aleix Espargaro is quickly adapting to the GSV-RR after a strong year in 2014. With Espargaro 14th and rookie Maverick Viñales also getting up to speed in 21st, it’s great to see another factory back in the premier class. With two of the best emerging talents on the grid, Suzuki is in good shape to make headway this year.

9. Crutchlow vs. Redding:
Mounted on Factory class Hondas in satellite teams this year, Cal Crutchlow (CWM LCR Honda) and Scott Redding (Estrella Galicia 0,0 Marc VDS Honda) were 10th and 11th on Wednesday in a bid for British supremacy (plus, Bradley Smith was just ahead of them on the Tech3 Yamaha in ninth). It’s still early days, but the battle between Crutchlow and Redding will be topical all year long.

10. Rookies assemble:
There’s a vast variety of rookies on the grid in 2015, led by Miller yesterday in 19th overall. Between Miller (form Moto3), Viñales (Moto2), Laverty (WSBK) and Baz (WSBK), this year’s Rookie of the Year award will be a massive achievement.