Versatile ASC campaigner looks ahead to the 2015 season.

Beau Beaton is recognised as one of Australian motorcycling’s nice guys, but beneath the surface lies one of the most naturally gifted road racers in the country. Once on track, the 28-year-old Coffs Harbour resident is as competitive as racers come.

Beaton’s path into national road racing wasn’t a conventional one, nor was it planned in the early stages of his riding career. But once he hit the track, there was no denying that riding on the black-top came natural to him.

“I didn’t really start any racing in general until I was in my early 20s,” Beaton recalls. “I did a bit of dirt track and then pleaded with my dad to borrow a road bike for a track day or club day of some sort, so I borrowed an ex-Craig McMartin Ducati 999 and went to Phillip Island for a BEARS meeting and did pretty good.

“2009 was my first real season of racing, we got an 1198, and the plan was to do the BEARS. At the first meeting my lap times were even better again and the rest is history, I guess you could say [laughs]! We ended up racing the Australian Superstock Championship and it was quite intimidating, to be honest.” 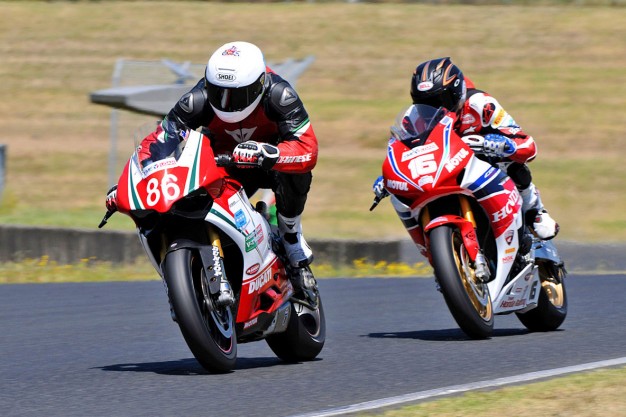 Despite his inexperience, Beaton stunned as first of the C&D-grade entries on his way to third overall in the series behind Pat Medcalf and Jordan Burgess. Beaton also won the BEARS title that year, as per his initial goals.

Beaton won the Australian Superstock 1000 Championship in 2010, which was just his second full season of racing, and then in 2011 a rare opportunity to race internationally in the Superstock 1000 FIM Cup popped up via Steve Martin on board a BMW, however it turned out to be a difficult learning experience.

“It was probably a little bit naive of me to do that, but we jumped on the opportunity and I lived in France for a year,” he says. “That was a really steep learning curve and tough mentally, having a lot of crashes after not crashing much at all previously, just pushing myself to the limit.”

Beaton took time out in 2012 until contact with Racer’s Edge Performance late in the year saw him climb back aboard a Superbike, this time on the team’s privateer GSX-R1000. From there Beaton fell back in love with the sport and returned fulltime with the team in 2013, finishing a close second in the Privateer Cup in seventh overall.

Last year, 2014, Beaton contested a limited schedule in the ASC with success on a Panigale, as well as racing the thundering Irving Vincent at select events including the Goodwood Festival of Speed in the UK, which he won with longtime mentor McMartin. 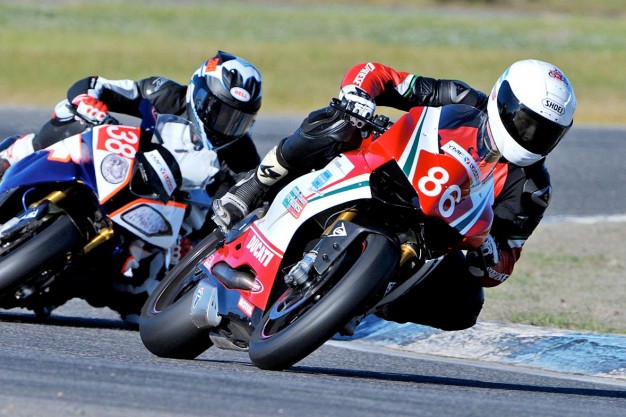 This season will see Beaton in a similar structure, with plans this time around to complete a full season in the Australasian Superbike Championship on both the Panigale and Irving Vincent (Pro-Twins).

“We’re carrying on with the same team that we ended up with last year, between Craig McMartin Racing and Racer’s Edge Performance,” Beaton adds. “They want to carry on with the Panigale in the Australasian Superbike Championship and so do I.

“I doubt we’ll have the 1299 for the first round, but we will definitely be there on an 1199, and will do the series from there. I can only commit to the ASC this year, so hopefully we will make it to every round. Also, we’ll run the Irving Vincent in Pro-Twins.

“Craig builds a really nice race bike and I’m enjoying my racing now a lot more than ever. The team we’ve got together is really fun to ride for and we really get along. With some of my lap times at the last round, it really inspired me to have another crack this year.”