Yamaha Racing launched its 2015 race teams at Gerno di Lesmo in Italy this week and for Aussies, there’s a lot of excitement around the new Superbike teams that were unveiled.

Not only will we see Josh Brookes and Broc Parkes on board Milwaukee Yamahas in the British Superbike Championship, plus Damian Cudlin on Team Yamaha MGM in the IDM Superbike series, but Parkes will also return to Yamaha Austria Racing Team (YART) in World Endurance.

Reports indicate that the factory BSB team will form the basis of Yamaha’s 2016 World Superbike entry, which places Brookes and Parkes in the box seat for a quality ride next year. We’ve said it before, but the way this is shaping up we should see a competitive Aussie on factory machinery in WSBK next year. 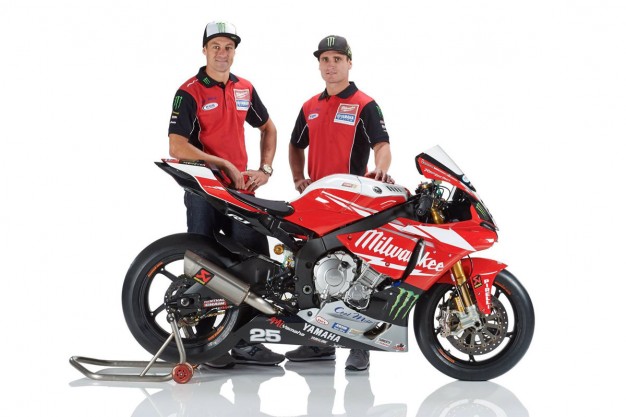 While much of the local attention will be on Phillip Island’s World Superbike opener next weekend, we’re just as excited (albeit in a different way!) to attend the 2015 international R1 press launch at Sydney Motorsport Park. The world’s top media titles will be in town and we’re very privileged to get a start with Yamaha Motor Australia.

And while on the topic of Yamaha, reigning Australasian FX300 Champion Brandon Demmery took his first laps on the R25 in Indonesia, while his Supersport bike was being built in Australia. And meanwhile, 2014 rival Kyle Buckley sustained serious finger injuries during 600 testing at Phillip Island – all the best to him in his recovery.

The news that Matt Walters will line up again for Pedercini Kawasaki in the World Superbikes at Phillip Island came as very welcome last weekend, and to his benefit he’ll get a full two days on the bike during Monday’s opening tests, which are the last of the official pre-season just days out from the race weekend. 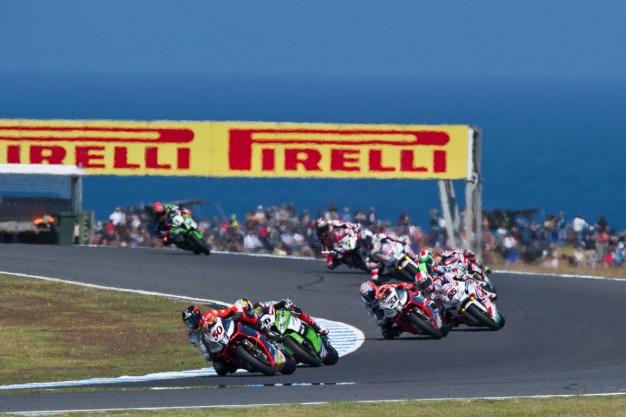 I’m pumped to see the WSBK series open again on Australian soil and, for those with access, it’s an incredible week of Superbike action to commence the new season of competition. We’ll be tracking the progress of both the international series and the domestic racing the whole way.

And before I head off here, well done to Dave Anthony for signing with the M4 Suzuki team in the US, riding MotoAmerica Supersport on a GSX-R600 in the new-look series. After many years of persevering with his own team – and with great success especially last year – Anthony could be an experienced darkhorse come the opening round in April.