The upcoming events we can't wait to watch this season.

With 2015 upon us and the action firing up, CycleOnline.com.au pin-points the Top 10 events that we’re most looking forward to over the course of this year. 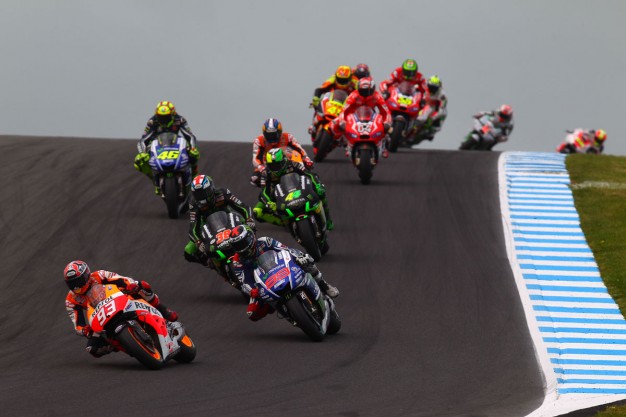 1. MotoGP, Phillip Island:
The Australian Motorcycle Grand Prix is an absolute cracker on the MotoGP calendar, both popular with the international teams and local fans. The high-speed spectacle, island environment and unmatched scenic views make Phillip Island a must-see event if you can make it down to watch live. Plus, Jack Miller will make his home debut in the premier class!

2. MotoGP, Qatar:
Under lights at Losail, you can guarantee the motorcycling world’s eyes will be cast firmly on Qatar next month for the opening round of the season. With Marc Marquez going for his third-straight title, Valentino Rossi targeting his 10th, Jorge Lorenzo in great form, the factory Ducatis gaining strength and Miller’s MotoGP debut taking place, we’re pumped.

3. Australasian Superbike Championship, Sydney (round one):
Locally, the opening round of the ASC will be one of the greatest rounds of the season. With Team Honda Racing now led by Troy Herfoss, while defending champion Wayne Maxwell has jumped ship to Yamaha Racing Team with YMI alongside Glenn Allerton and Cru Halliday, you can expect an all-out war on track. And don’t forget all the competitive privateer entries.

4. WorldSBK, Phillip Island:
While it’s already in the books and we saw Jonathan Rea split wins with Leon Haslam, World Superbike remains a hugely-popular event on the international schedule. Add in Troy Bayliss at the 11th hour in the event’s 25th anniversary and this year’s race was one for the ages.

5. MotoGP, Valencia:
The only race that comes close to matching the sheer excitement of round one is the final round, and Valencia always delivers entertaining action. Hopefully in 2015 we will see all three titles go down to the wire in Spain! 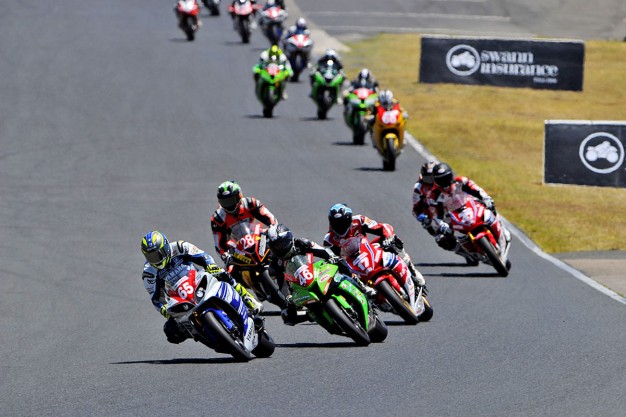 6. BSB, Donington Park:
With no less than seven Australians (Josh Brookes, Broc Parkes, Jason O’Halloran, Josh Waters, Billy McConnell, David Johnson, Jed Metcher) all on extremely competitive equipment in the British Superbike class, we can’t wait for BSB to fire up in 2015. Fingers crossed we see an Aussie step up for the crown at the close of the year.

7. Suzuka 8 Hours:
A round of the World Endurance Championship, this mega Japanese event is shaping up to be a cracker in 2015. And, just like in recent years, Suzuka is sure to attract all kinds of top-line Aussies on good equipment, including All-Japan regular Josh Hook.

8. Isle of Man TT:
The IoM TT is another must-see event, purely because of the bravery and skill these real world road racers display throughout the week. With many rider/team changes taking place over the off-season, plus Aussies also in contention, we love this event.

9. ASBK, Phillip Island (round five):
While it’s unlikely to match the level of competition we’re due to see in the ASC, new champions will be crowned at the ASBK season-finale in October at the conclusion of Motorcycling Australia’s rebuilding year. By this time we should also begin to see how the series is shaping up under the new management.

10. MotoGP, Brno:
After matching Mick Doohan with 10 consecutive wins in 2014, Marquez faces an uphill battle to achieve that again, but if he can then Brno’s 11th round will provide him an opportunity to break the record. It’s a long-shot, but judging by his form last year it’s definitely a possibility.