Australian Outdoor Living/Cube Racing Kawasaki team owner and rider Ben Henry will add a teammate to his line-up in 2015, signing Queensland talent Mike Jones for the Australasian Superbike Championship. CycleOnline.com.au contacted Henry to ask him five questions beginning with ‘why’. 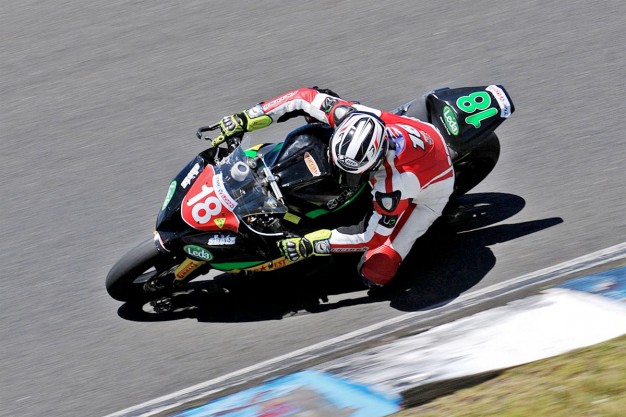 Why has Cube Racing expanded to two Superbike riders this season?

Because I need someone who can win a race and not necessarily a championship, although I do think Mike’s an outside chance if he gets it together. If I’m going to continue growing the team, I need someone who can win and I’m paying the bills for him, so hopefully that lifts my team to the next level and it makes me competitive for a manufacturer’s dollar. That’s the bottom line.

Why was Mike Jones the obvious choice for your team?

There were probably only five riders who won races last year and he’s one of them. The Kawasaki thing was important, so there’s that, but I also really like Mike and he hasn’t come from a really wealthy background – it’s just been him and his dad busting their arses and I can appreciate that. I think he’s more than worth a shot.

Why will you also be fielding two riders – Robbie Menzies and Jason Martin – in the FX300 Ninja Cup?

For a couple of reasons. Some of it is financial and it helps Mike because, like I said, I’m paying his bills and I need to make sure that everything is okay. It’s a win-win for the kids; if they want to race that class they probably can’t do it as cheap as I’m doing it for them and certainly not on as good of a bike. But I also want to stay in the sport and I enjoy watching young kids racing. The second rider came on right at the end, although I was always trying to get two, but it’s something that Troy Bayliss and I are doing together for Robbie. For whatever reason he caught Troy’s eye and he put a fair bit of pressure on me really, to run him [laughs]. Troy’s sponsoring him to some extent and I’m sort of sorting the rest out, so that’s the long and the short of it. 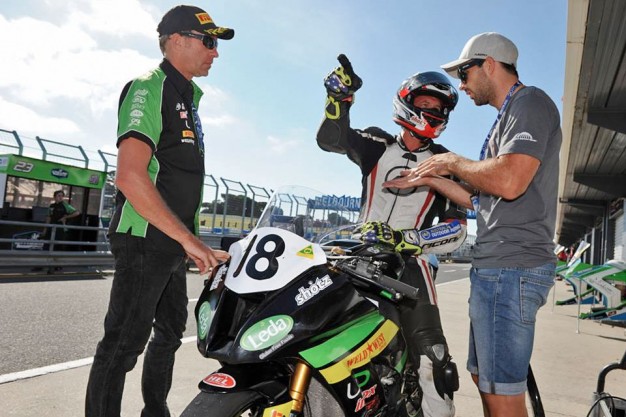 Why does your team choose to race Kawasaki’s ZX-10R in the Superbikes?

The reason why is because they’re not supporting any factory team – I don’t see the point in running a brand that already has a factory team. If the bike wasn’t competitive I wouldn’t bother, but there’s no point building something that already has a factory team, because to get money from the manufacturer you’ve got to compete against their factory team who they’ll already have a good relationship with. It’s pretty hard to swing a manufacturer away from the people they’re already supporting, so you really don’t stand a chance. Particularly at the moment when there’s really not enough money to support the factory teams properly, they can’t dilute it and support your team as well. Kawasaki don’t actually give me anything and I know they do support some other guys a bit, but I don’t know how or what they’re doing for them. If another bike came along for next year that I thought was better and they didn’t have a factory team, I’d swap tomorrow – I have no alliance with Kawasaki and I don’t really care about them. To me it’s just a tool to push my team further forward.

Why have you been very successful in attracting support as a leading privateer outfit?

Yeah, we do have really good support and the reason why is really a ‘how long’s a piece of string’ question’. There is probably two sponsors that have really made a difference, one of them being Underground Designs in South Australia. They present my team equally as good as a factory team and I know I don’t have everything as good as a factory team, I realise that, but for a privateer team we’re presented the best and that’s because of them. That attracted Australian Outdoor Living and their cash input helped me build something that was worth sponsoring. This year’s not my best year, but it’s quite close and one of my better years. I’ve put in a humungous amount of work with my sponsors, keeping in touch with them and providing them tickets in their respective states – that type of thing. I don’t have any secrets and not one sponsor has been gained using the same path, but above all I reckon it’s the presentation.