Queenslander Aiden Wagner put forward an incredible ride as a guest for Team Honda Racing at Sydney Motorsport Park in the Australasian Superbike opener, winning two from four races in total and finishing second behind teammate Troy Herfoss both days. As the reigning FX-ASC Supersport champion and coming off an exceptional World Supersport wildcard at Phillip Island, Wagner proved once and for all that he has the skill to compete amongst the best in the nation also in the premier Superbike ranks. CycleOnline.com.au got in touch with the 20-year-old to recall his weekend and look toward the future. 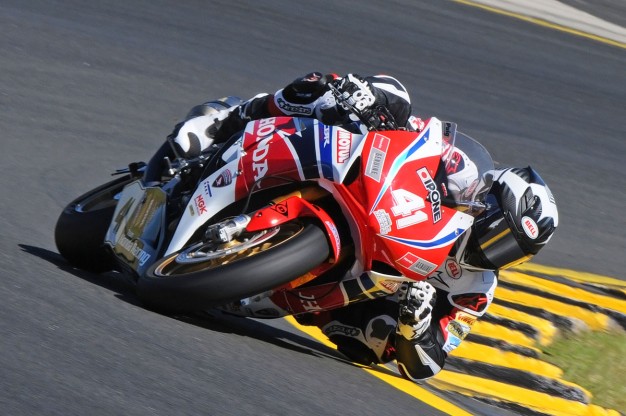 First time out on the Superbike for Team Honda Racing, you obviously stunned a lot of people, but it must have been a great feeling and experience…

Yeah, for sure. Heading into the weekend I was just hoping to get on the podium – that was about as good as I thought it would get. But four laps into the race I thought I could run a really good pace, so I started to lead and it all went from there. Straight away it went well and it was a credit to the guys for building a bike that I could gel with right away. I was really excited.

There wasn’t any factory teams in Supersport last year, so it was hard to gauge where you guys were at to an extent, but in stepping up to the Superbike class how did you enjoy going up against the best in the country? It was amazing how quickly you adapted to it.

I was fairly nervous about racing against those guys, because as you said there weren’t any factory teams or riders in Supersport last year, so I wasn’t sure where I’d put myself. Once we got going it all sort of started happening and I was pretty stunned myself when I started passing them, but once your race face is on it’s all a blur. I had a really good time because I didn’t expect to battle with them guys, so to do it was huge. I loved it.

The CBR1000RR SP was the dominant bike last year, so did you have to adjust much to suit your style?

So when I first did the Friday practice, some of the other Superbikes may have more horsepower, but for me getting off a 600 onto that thing it felt like an absolute rocket! I couldn’t keen the front wheel down at first, just as I was getting used to it, but once I did then it was really comfy and there’s more room than a 600. It fit me quite well. The whole package made it really easy to adapt to and after a couple of sessions it felt like home.

What’s next for you in terms of your career?

I’m not exactly sure. I still have to weigh up some of the offers, because I would still like to go overseas and race internationally in World Supersport or something like that, so I’m still waiting and sitting on the fence with that at the moment. 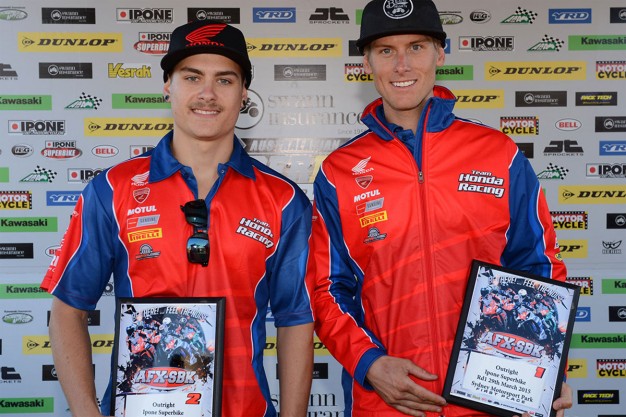 So after the form you showed with Honda on the weekend here, you’d still prefer to head straight to Europe ASAP?

Yeah, I think so. Unless I got a really good deal or something popped up, that could change where I go, but at this stage I still want to get a year internationally under my belt, try learn the tracks and that sort of thing. You know what it’s like, trying to get information is hard.

Is doing both an option at all?

It might be on the cards, because I looked at the calendars and they don’t interfere in terms of the racing, so that might be an option.

Before I let you go, I just wanted to ask, last year in Supersport at the beginning you were definitely good, but still learning by the looks of it. After you hooked up with Stu Winton, from there by what I could see through social media you spent massive amounts of time on the bike, so how important was that in your development? You’ve no doubt become one of our best young riders in the country and the time, hard work and investment is really starting to pay off.

Yeah, last year when Stuart and I started racing together we put in long hours on the bike and everybody who was around us helping out, making it possible, definitely helped. There’s nothing like bike time and when I’m not on my road bike, I’m on the dirt bike flat out as well, so I’ve pretty much just swapped from seat to seat and it seems to be working.

No worries, well thanks a lot and we’re excited to see what’s next.

Thanks very much, I appreciate it.