Essentially one week past round one of the 2015 Swann Insurance Australasian Superbike Championship, what did we learn at the opening round? In some instances, the more things change, the more they remain the same. At least for now.

Team Honda Racing, as we expected, has remained the team to beat in the early stages of the season. We knew Troy Herfoss would be strong in Sydney and he lived up to expectations by winning the opening round and taking the early series lead.

What we didn’t expect however was that Aiden Wagner would challenge him the whole way following an 11th-hour agreement to stand-in for Jamie Stauffer at Honda. It stunned me – and many others – not really how quick he ended up being, but how quickly he came to terms with the CBR1000RR SP with minimal mistakes along the way.

It shows that the bike is extremely well sorted, which was clear by the dominance of the team in 2014, but still, Wagner proved he is one of the best in this country and in a way it shows just how talented (and underrated) the current crop of Supersport racers are. 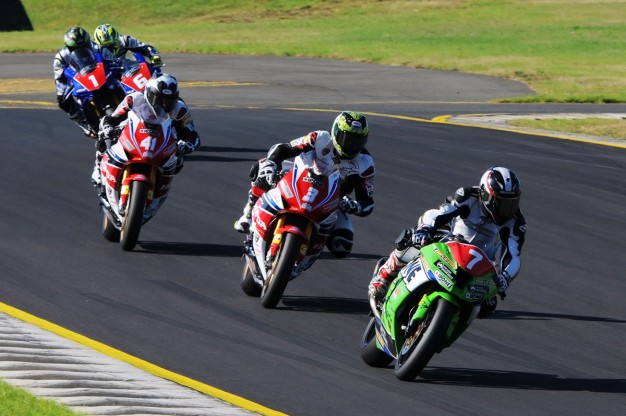 In contrast, Yamaha showed it has the pace with the new YZF-R1M when Cru Halliday took the first pole of the season on Friday and his teammates swept the front row. But come race time, their lack of development showed and they were largely unable to match the Hondas over the course of 15 laps.

Wayne Maxwell rose to the challenge of his third team in three years and his third place on Sunday was a great start to his season. He’ll be comfortable with that result and the points that go with it, especially as top YRT with YMI rider in the bike’s debut.

Aside from the factories, Sean Condon was once again very competitive on his privateer Kawasaki, finishing on the podium Saturday and seventh on Sunday despite a crash and lingering injuries from the Phillip Island ASBK opening round. If he can minimise mistakes, he will win races amongst the factories.

Condon, Mike Jones and Matthew Walters will put Kawasaki up toward the front on many occasions this year, but it won’t be easy to overcome the might of Honda and Yamaha as they elevate to new levels in a bid for the championship.

And alongside the ZX-10s, Linden Magee (Honda) and Beau Beaton (Ducati) also have what it takes for top fives or better at times this season. The talent in the field is exceptionally strong, but like I said last week, the lack of entries in the top tier is a touch concerning for me now that the lower grades are in Formula Xtreme.

The two 15-lap races on each day were far more interesting than three shorter options, and it seems that was the case for the Superbike riders as well. That, combined with the revamped Sunday qualifying format (now using the overalls from Saturday to determine the grid), made for an improvement over last year’s series already.

Over in Qatar the opening round of MotoGP was incredible, with Vale Rossi out-racing the Ducatis for victory while Marc Marquez stumbled to fifth in the start of his third premier class season. Jorge Lorenzo was affected by problems with his helmet, but the recipe is there for an epic year to come.

Of course much of the attention this week went to Dani Pedrosa’s confession that his arm-pump issues are becoming to severe for him to race and he’s since undergone surgery, hopeful of fixing the problem. 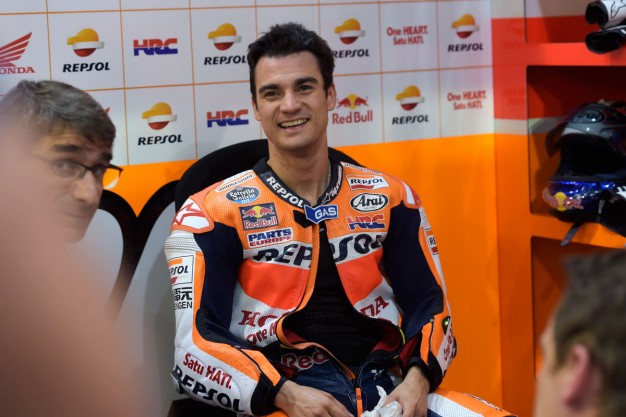 Fans had hoped we would see Casey Stoner come back for at least a couple of races in his seat, but it wasn’t to be and we will instead see Hiroshi Aoyama back at the races for at least Austin and Argentina.

Some had even suggested Jack Miller make the step to the factory team after just one race in the premier class, but in reality since he’s just moved up from Moto3 and bypassed Moto2 altogether, it’s better he takes his time to learn the ropes on board the LCR Honda RC213V-RS.

Miller was impressive on debut and showed he could handle the 1000cc four-stroke, but eventually crashed out in the closing stages. Still, he basically got a full race distance under his belt and that’s what he’s there for this year.