It’s a big weekend for road racing worldwide, with MotoGP at Circuit of the Americas, WorldSBK at Aragon, Australian Superbikes at Morgan Park and the brand new Wayne Rainey-led MotoAmerica series also in Texas.

In this morning’s Free Practice sessions at COTA we saw plenty of vision with Jack Miller on track, impressing hugely while the track was wet and later drying. Eventually he wound up 19th, but top of the Open Hondas and really shining so far.

Miller is doing exactly what he needs to do so far in his premier class career, swiftly adapting to the RC213V-RS and no doubt impressing HRC bosses while he’s at it. The rumour continues that he is in line to replace Dani Pedrosa at Repsol Honda in 2016.

It was particularly good to see Ant West fourth fastest in Moto2 overnight, and from afar, he looks as though he’s really enjoying his racing this season. While it was wet through much of Friday, West’s best came in the dry and it’s a real positive to see genuine pace from his Speed Up early in the weekend. 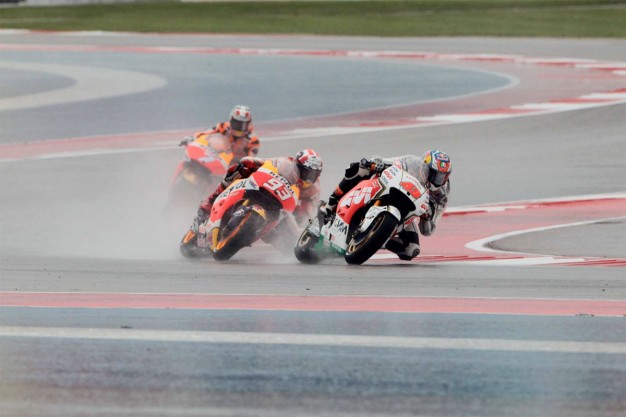 As for Remy Gardner, his first laps in Austin were plagued by mechanical dramas, but he eventually got a very minimal decent amount of laps in to familiarise himself with the circuit and he can build from there. It’s all part of the learning curve for him this season.

Over in Spain, as we suspected, the Kawasakis of Jonathan Rea and Tom Sykes were the pace-setters on Friday, but keep an eye on the Ducatis of Chaz Davies and newcomer Xavier Fores, because both were also impressive to start the weekend.

It’s a bit of a shame that we as Aussies don’t have any of our guys to cheer on in WorldSBK now that Troy Bayliss has returned to retirement, but we do have the likes of Glenn Scott (WSS), Bryan Staring (STK) and Lachlan Epis (ST6) too keep an eye out for.

Moving forward it would seem that our best chances of having an Australian on competitive equipment in the series again rests with Yamaha, either with Josh Brookes or Broc Parkes if they can do the business in Britain this year. That’s if Yamaha does return to WorldSBK in 2016.

Some good news came through from Damo Cudlin earlier this week that he is part of the Yamaha Austria Racing Team (YART) in World Endurance for this season, but as the fourth rider for now. It would be great to see him get a race seat there at some stage, because no doubt he is one of the best when it comes to endurance competition.

Up in Queensland the second round of the revamped ASBK series is taking place, which for the first time is an opportunity to see how the series will operate under its new club-based organisation in cooperation with Motorcycling Australia.

For those wondering, while we will of course cover the ASBK series and its competitors via reports and the odd interviews/features, limited resources only allow us (like many racers) to focus on and attend the one series with our expanded marquee event coverage, which for this year at least is the Australasian Superbike Championship (FX-ASC). 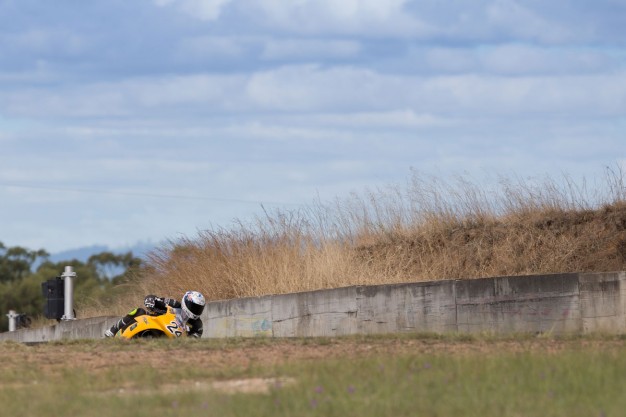 We shared a post on Facebook earlier today when the new MotoAmerica series announced that BSB series and race director Stuart Higgs, as well as WorldSBK technical director Scott Smart, are now heavily involved in the direction of the series.

With such moves, we can expect the MotoAmerica series to rapidly move forward, but it seems there’s also an understanding that what works in BSB won’t necessarily transfer directly to the US. Read all about the structure on American website, Roadracing World.

It goes to show that, for one, the new YZF-R1 is mightily impressive, but for two, that Superstock-spec bikes these days can be very, very competitive against top level Superbike machinery without the costs involved.