Experienced Aussie looks ahead to IDM with Team Yamaha MGM.

Experienced Australian Damian Cudlin has scored the plum ride with Team Yamaha MGM for the 2015 IDM Superbike Championship, riding aboard the striking new YZF-R1M. The team issued this insightful interview with the talented Taree racer. 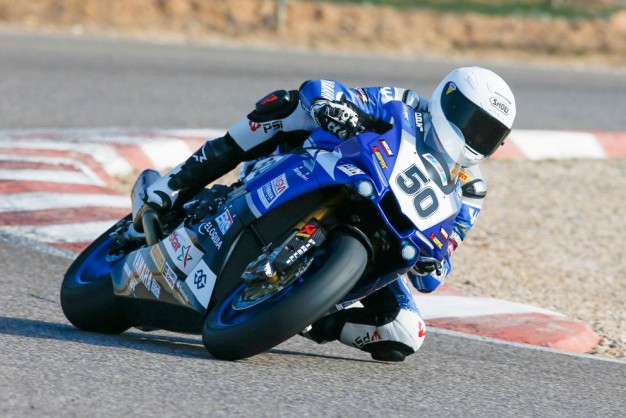 How did you prepare the upcoming season?

I’ve prepared it like any other season. I tried to keep myself fit and in good condition for the new season. The only thing I didn’t get a chance to do was riding a bike. The last time I rode a bike was in Le Mans, in September last year. Even though I was doing a lot of dirt track and a lot of things on motocross bikes, but I didn’t ride a road bike.

For sure you can do all the exercises you want, but it’s not the same as riding a bike. I was definitely rusty at the first test, especially the first day it felt really strange to be back on the bike, but already the second day it started to feel better and more normal. I’m sure we’ll be back to normal by the beginning of the season.

How did the deal with Team Yamaha MGM happen?

Actually it happened quite early for me. In the last couple of years I got my deals last minute. We did the deal back in October or November and at that stage Michael [Galinski, team boss] called me, made me an offer. I had been riding for many different teams in the past, but I found that this deal gave me everything that I think I missed in the last couple of years.

It gave me the chance to ride a competitive bike with a really professional team and with all the right material like the Öhlins suspension, the Motec electronics, the Pirelli tyres.

I’ve been in this sport long enough now to know that when you win it’s not just you that wins – it’s a complete package and if you don’t have the complete package on top level, you can’t win. This – for me – was the best package I could wish for and when he gave me an offer, I accepted.

What was your first impression of the R1M?

For sure the bike has a lot of potential. It’s unlike any other production bike I’ve ridden before – and I have ridden a lot. This bike really gives you a feeling of MotoGP. I’ve ridden in MotoGP and I would say this is the closest production bike to MotoGP that there is. That is really inspiring and encouraging for us.

We can see that the bike has a lot of potential. It’s just me, I have to get comfortable on it and I’m using the tests to get myself comfortable on the bike and also get myself back up to speed. Also I have to learn to work with the new team, all the new people, making a lot of new connections and we have to find out how we work.

They have to learn how I work and I have to learn the way they work. You can’t expect too much too soon, but we have enough time and enough tests. From what I’ve seen so far, I’m really confident we can be competitive at the first race. 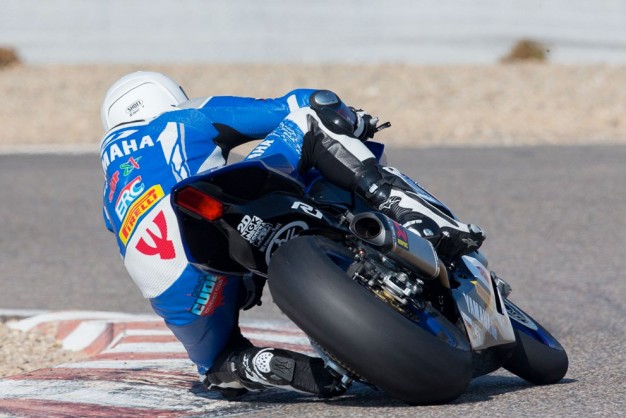 For sure the goal is always to win, same like every year. But this year I feel like I have the package that can win. It’s just up to me to get myself to fit really well with the package. I think one of the big contenders will be my own teammate, because he is also really strong and is really fast on this bike already.

But sometimes that’s a good thing to have that in your team, because there is no question mark over the material. When you have a fast guy beside you, you both push each other. There is no doubt in the package when you both going fast. He’s a nice guy, we get on well and that’s it. We’ll see what happens.

What are you going to do until the season kicks off?

Actually I think I will spend some time this year like a gypsy. I don’t really have a permanent base in Germany this year. I’ll just be travelling around. The first stop for me after the tests in Spain was to go and stay with my mate Gareth Jones in the Netherlands and do three weeks of training.

How strong do you assess your rivals this year?

I think the Superbike IDM has the most competitive championship that I can remember this year, because a lot of the top guys have top material. Obviously Fores and Lanzi will be strong on the Ducati’s, Max also will be strong in our team and I also expect Smrz, Reiterberger, Mackels to be strong as well. There’s a bunch of good riders. There’s probably to be honest six, seven guys that can win, so it’s up to us to trying to get ahead of them.