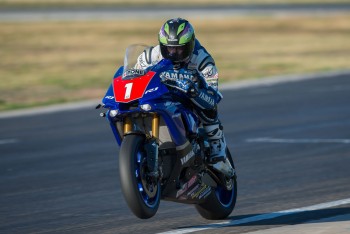 Wayne ‘Train’ Maxwell will be parking his Yamaha R1 at Muzz Buzz Drive Thru Coffee, Nailsworth, Thursday May 14 from 2pm until 4pm.

Held at Mallala Motorsport Park, the nationally televised championship itself consists of seven rounds, held across four states in Australia. This is the second round of the series and attracts Australia’s most talented racing stars.

As well as meeting the Wayne ‘Train’ fans will also be treated to a free short coffee plus have the chance to win tickets to the Australasian Superbike Championship.