Victorian-based Wayne Maxwell once again scored the top step at round two of the Australasian Superbike Championship (ASC) at Mallala Motorsport Park for the second year in a row. The Yamaha Racing Team with Yamaha Motorcycle Insurance pilot guided the all-new YZF-R1M to a 1-2-3 finish in Saturday’s AFX-SBK ranks and scored a 1-4-2 result on Sunday in the ASC. CycleOnline.com.au caught up with the reigning champion after race three on Sunday to find out how his weekend was. 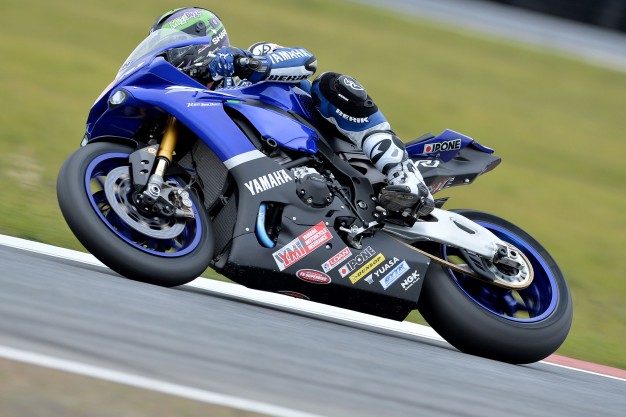 Wayne well done on this weekend, unreal riding, just simply amazing to watch. To be the first rider in Australia to claim not only a race win on the YZF-R1M, but the first rider to claim a round win, you must be pretty stoked I’m guessing. How does it feel?

Yeah it feels good, that’s for sure! Yamaha Racing Team with Yamaha Motorcycle Insurance and I definitely worked hard for this race win. The bike is improving every lap and every outing, as the whole team are doing an outstanding job at getting this new R1M dialed in the way I like it. Now we just have to keep improving. We were now just missing something small now, compare to before where we were missing something a lot bigger. The team have come a long way; we just have to keep working towards getting the bike just that little bit better now. I have to work on myself as well. That last race I wasn’t quite quick enough then. I just have to improve myself. So if we can improve the bike and myself a bit more, well it will be happy days and we’ll move forward.

In taking the round win, you’re actually the first to defeat your former Team Honda Racing team in the ASC overall. That must go a fair way in validating your decision to switch teams and Yamaha’s decision to sign you?

Absolutely. When you make a decision to leave a team after such a successful year, you can sometimes wonder if it’s the right one. But I knew that the new Yamaha was going to be a great bike and that the Yamaha Racing Team was capable of winning, like they had many times before. It was just a matter of me fitting in and we managed to be able to do that. To get a win so early in the season – last time I switched teams it took a bit longer than two rounds to get a win – is a pretty special feeling. 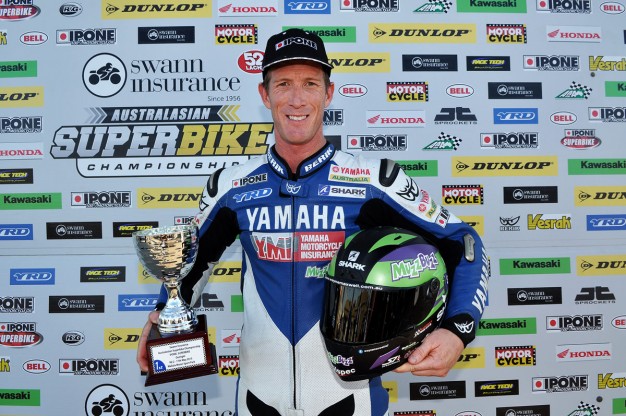 So what exactly can be improved on the bike in your eyes?

Just initial throttle pickup and acceleration we need to work on. The Yamaha is really, really smooth. It’s a really torquey motor, you know – it has a lot of power. To put that power to the ground properly, you need everything working fine. We are working a bit on the electronic side of things on the bike and I feel the more we work on that type stuff, the better the bike will be. Moreso time, it’s just hard for the guys as this is the third weekend we have spent together at a track. I don’t even know Kev [Marshall]’s favourite beer yet… I hardly know the bloke.

Are you on par or ahead of schedule in terms of bonding with YRT and developing a brand new bike?

We’re a little bit behind, but I knew we were behind when we didn’t have everything arrive in time, everything was late, in the lead-up to the first round in Sydney. There’s nothing hidden and it’s no secret that we were behind, but we’re getting better all the time and the relationship with the team is also getting better. Hopefully from here it will get better and better.

Looking towards the next round now, we head back to Sydney Motorsport Park. You of course finished third at the opening round and you obviously enjoy racing at SMP, so just how much confidence do you have now heading into round three after this weekend?

Yeah, this weekend has given me a bit of confidence with the bike. We are getting better, that’s for sure. We have to be good at Sydney Motorsport Park because we go there another two times in 2015, but we should be fine.