Michael Blair (Yamaha YRD/Blairbuild/Campbell Home Hardware) was in mighty fine form at the second round of the Australasian Supersport Championship at Mallala last weekend. Three wins from three starts in the Australian FX-Supersport Championship has popped him on top of the championship scoreboard with a 13-point advantage over Callum Spriggs, then the 21-year-old also claimed the honours in the ASC round, which now sees him trailing championship leader Brayden Elliott by nine points as the series heads back to Sydney Motorsport Park next month. CycleOnline.com.au caught up with the likeable fella for a chat about how round two went down for him. 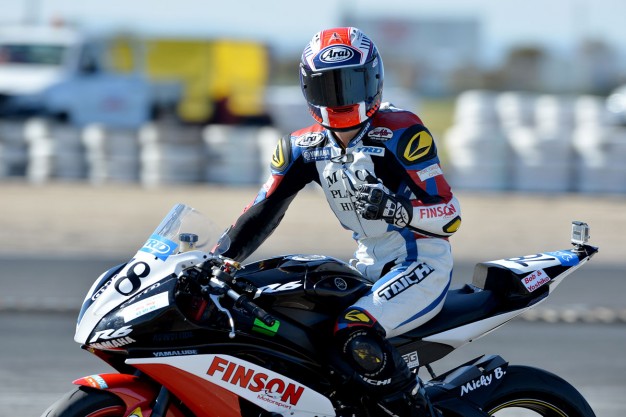 Michael, what a weekend for you. Three race wins in the FX-Supersport round, then on Sunday a solid and consistent 3-2-1 result, which handed you the overall round win. You must be pretty happy with your outcome over in SA.

Yeah I had a great weekend. Saturday was pretty much perfect, taking three wins from three starts. The ASC round on Sunday was definitely not as easy as the AFX round, but overall I’m really happy to come away with the round win in both championships, which has helped my championship a lot. All the boys were riding fast on the weekend and everyone was doing really consistent lap times. In the last race on Sunday I managed to get a good start and was able to get away out of trouble and take the win pretty easily, which set us up for the round win. So I’m stoked!

Why was Sunday’s Australasian Supersport Championship round harder than the AFX round?

I don’t know really. I think everyone kind of just followed me around on the Saturday and picked up my tricks. There were particular spots around the circuit where I was able to pass Brayden all day on the Saturday and then on the Sunday he used the same and passed me at the same places. It wasn’t easy and we did have the one set of tyres all day unlike some of the other guys, who had qualifying tyres for the last race. In that last race we were really pushing the bikes to the limit and sliding around a lot – the old dirt track days came in handy in that last race for sure. I was having a ball sliding the Finson Motorsport Yamaha R6 bike around.

I know its racing, but in regards to what you said about how some of the other riders where following you around and almost copying your lines. Does that annoy you at all?

No not all. That is just part of racing. You have to get the upper edge on your competitors. They learn a bit off me and I learn a bit off them. Thankfully they couldn’t catch me in the last race and I was able to come home for the win. 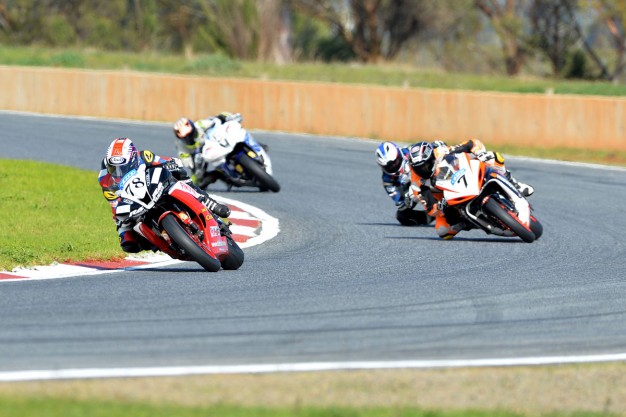 Five rounds to go now in 2015. We go to Sydney again next, then to Queensland Raceway, back to New South Wales at Wakefield Park, then down south to Winton before finishing off in Sydney. Which tracks can you see yourself doing very well at?

I think Winton will be a really good round for me. I’ve done a lot of laps around Winton and I feel really comfortable with that track, so I’m looking forward to getting down to Winton. I probably ride at Winton more than what I do at SMP, so I believe that will be a good round for myself and the Finson Motorsport team. In saying that, all the other guys are riding really well at the moment and we all have similar track time. It really comes down to who wants it most at the end of the day and I definitely wanted it the most at Mallala. I’ll keep wanting it and keep chasing for it and hopefully get more wins this season.

I’m off to Sentul, Indonesia, in three weeks time for the second round of the Asia Road Racing Championship. I’m looking forward to that. Hopefully I can get back into the points. It’s such a hard series, but at the same time it’s great for learning. All the riders over there are so quick, so professional, and we learn a lot there. So fingers crossed I can get up with the front bunch and keep learning.

Thanks Michael, good luck at Sentul and we’ll see you soon at the next round of the ASC.