Young gun ‘Mad’ Mike Jones enjoyed a perfect weekend in Western Australia at the third round of the YMF Loan Yamaha Motor Finance Australian Superbike Championship (ASBK). The Australian Outdoor Living Cube Racing Team pilot not only scored pole position, but also took two solid race victories which now sees the 21-year-old holding onto a 29-point advantage over Daniel Falzon as the series heads to Symmons Plains Raceway in September. CycleOnline.com.au caught up with Jones straight after race two to find out how things were from his point of view. 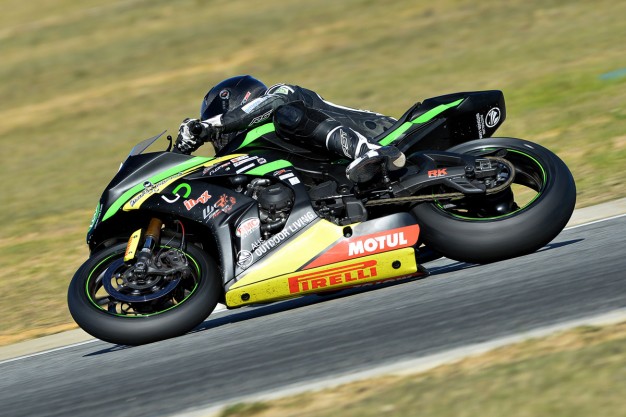 Mike, what a weekend it has been for you. Pole position and two race wins, it surely does not get any better than that can it?

Without a doubt round three of the ASBK was a perfect weekend. We managed to qualify on pole in the Pirelli Superpole, which led us to two race wins today. This is the ideal weekend that Australian Outdoor Living Cube Racing Team and I could have hoped for. This is the first time I have been at Barbagallo Raceway and I can tell you that I have loved every minute being here. I owe this weekend to my team, as they got my bike working really well for me and that paid dividends of the course of the weekend.

You just said that it was your first time racing at Barbagallo. Was it hard for you to get your head around the track in such a small amount of time?

No not really. Learning the circuit was a lot easier than what I thought it was going to be. Big credit goes out to the California Superbike School and all the development they have done with me to help me to understand how to ride a motorcycle and to approach new circuits. That did make a different for me this weekend and gave me an advantage over the other riders. Of course having my teammate Ben Henry helping me to show me a few of the lines around the track which helped, as he has done many laps around here seeing he used to be from WA. 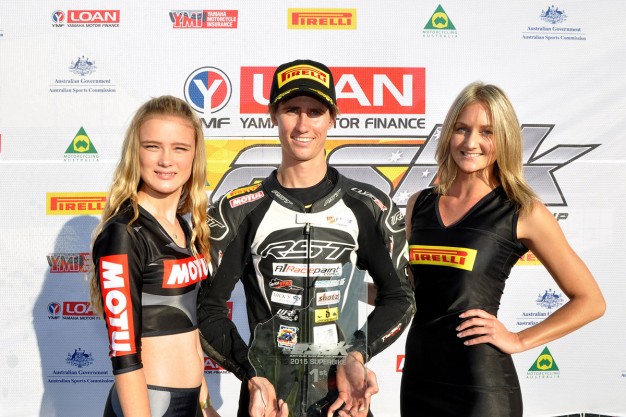 Your next event on the calendar will be the next round of the Australasian Superbike Championship in a few weeks time at Sydney Motorsport Park. Does your mindset have to change at all?

Not too much. The bikes stay the same, but we run on the control tyre there as we are not allowed to run on our Pirelli tyres that we race on in the ASBK. Obviously there is a lot stronger competition in the ASC with the factory teams and Australia’s best riders, so the weekend is more of a developmental weekend because I’m learning from those guys. Of course I am determined to try and beat them as much as I can, compared to the ASBK where it’s a bit more relaxed. I can get out into the lead and do my own thing and ride pretty comfy. At the next round of the ASC it’s going to be a lot tougher to race against those guys because they are the best riders in Australia.

Of course there are top quality riders in the ASBK as well, but just how much does it help you as rider to develop as a rider to have to race with the likes of Wayne [Maxwell] and the rest of the lads at ASC?