Rossi leads the way so far, while a new Aussie is on the rise.

The 2015 MotoGP World Championship has been filled with action across the opening five rounds, with Valentino Rossi leading the way and Jack Miller already making his mark on the sport’s premier class. CycleOnline.com.au looks at the season to date. 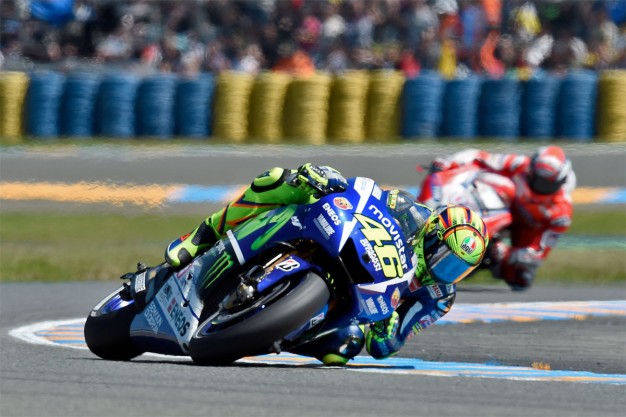 Q: Can Rossi go on to win his 10th world title?

A: From what we’ve seen so far, it certainly appears he can. With wins in Qatar and Argentina plus a perfect record of podium finishes so far, Italian great Rossi is all but back to his incredible best this year – and the Yamaha looks to be working for him. We’re not even a third into the season of course, but with a 15-point lead in the standings entering Mugello there’s no doubting that the 46 is in this for the long haul.

Q: What’s going on with Marquez?

A: After winning 10-straight races last year, Marquez’s season has been a nightmare of sorts by his standards. There’s been mistakes, injury and plenty of disappointment, but there’s no doubting his raw speed. Currently fourth in the championship and 33 points from Rossi, he has to knuckle down at this point for the series’ middle stages. And with Repsol Honda teammate Dani Pedrosa also struggling with arm-pump to the point that he had to sit out races for surgery, it’s been a rough start to the season for HRC altogether. 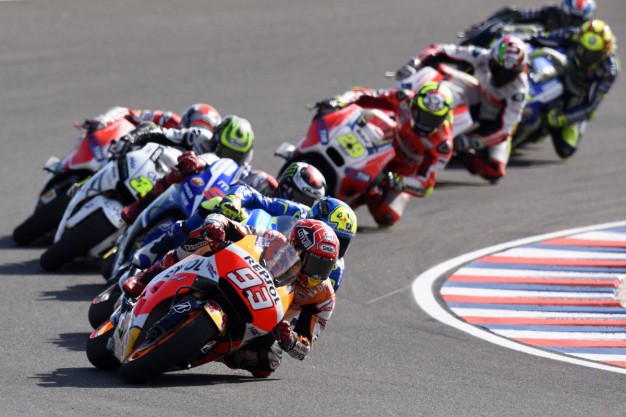 Q: Why is Ducati all of a sudden so strong this season?

A: Casual observers of the sport will all of a sudden see the likes of Dovizioso and Iannone in the mix, but keen enthusiasts will be well aware of the work gone into the Desmosedici GP15 in a project led by former Aprilia chief Gigi Dall’Igna. It’s great to see Ducati finally competitive against Honda and Yamaha once again and you also have to tip your hat to the Andreas for riding them right to form.

Q: Will Lorenzo keep winning races and run away with this championship?

A: His victories at Jerez and Le Mans have put him well in the hunt at second in the standings, which comes following an intense pre-season that saw him enter the season at the fittest we’ve seen Lorenzo. We doubt he will run away with the title considering the competition he faces, but it if he rides like he has been in the past two races then expect plenty more wins and possible a third premier class crown. 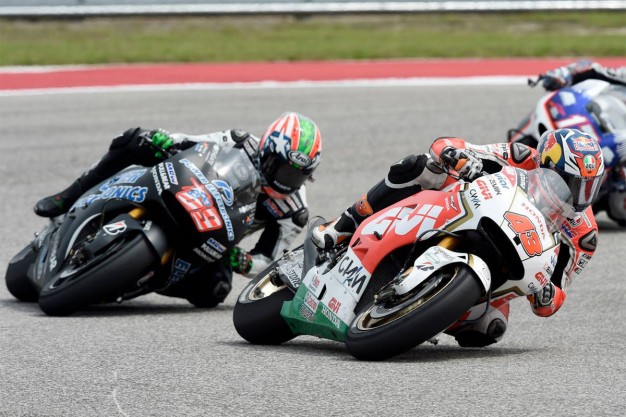 Q: Has Miller exceeded expectations after his step up from Moto3?

A: With six points to his credit despite crashing at both Losail and Le Mans, Miller has been right there in the mix as the best of the Open class contenders. Argentina was his best result in 12th and top Open finisher, which is a real indication of his potential. Being on the Honda RC213V-RS, we can directly compare Jack to the likes of Nicky Hayden and Eugene Laverty, who he has been just as good as – if not better – to date.

Q: Who’s the biggest surprise of this season so far?

A: Biggest surprise has to be the factory Suzukis upon the Japanese brand’s return to the sport. Aleix Espargaro and Maverick Vinales are both inside the top 10 and it’s promising to see in the project’s infancy. Other notable mentions are of course Ducati, but we did expect them to be much improved, and also Cal Crutchlow, because he’s managed to turn around a difficult 2014 season to show his worth with LCR Honda almost immediately.