There’s no denying that MotoGP is king, however superbike racing around the world is still alive and well, led by the talent-stacked Superbike World Championship. For a bit of mid-week bench racing ammo, CycleOnline.com.au decided to list our Top 10 of the current stars globally including some very capable Aussies. 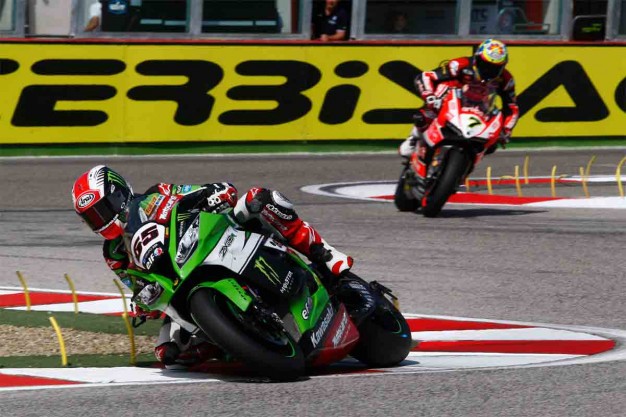 1. Jonathan Rea
Finally Rea has a bike capable of winning consistency and he has delivered. With a 101-point lead in the 2015 Superbike World Championship following eight wins from 12 starts on the ZX-10R, there’s little argument he’s the best in the world right now.

2. Tom Sykes
After a mixed start to the season, 2013 world champion Sykes got his year back on track at Donington Park with a double, but has been shaded by the performance of Rea so far. Still, he’s been a consistent title threat for years now and should be inside the top three again this year.

3. Chaz Davies
The first rider to win aboard Ducati’s Panigale, the experienced Welshman has been exceptional to date this season and currently sits third in the standings. He already has a World Supersport title to his credit, so don’t be shocked to see him bag a WorldSBK crown before his career’s out.

4. Sylvain Guintoli
The reigning world champion has had a horror year since switching from Aprilia to Honda this season, but there’s no denying his ability on the bike. A former grand prix and British Superbike standout as well, Guintoli has proven himself as a world champ.

5. Leon Haslam
It seems Haslam has been around for years, and he has, but this year equipped with an Aprilia RSV4 he has really shown his talents on top equipment – arguably the best in the field. Right now he’s second in the standings with a win to his name, but he will have to keep up his winning form to fend off Sykes and Davies in the points. 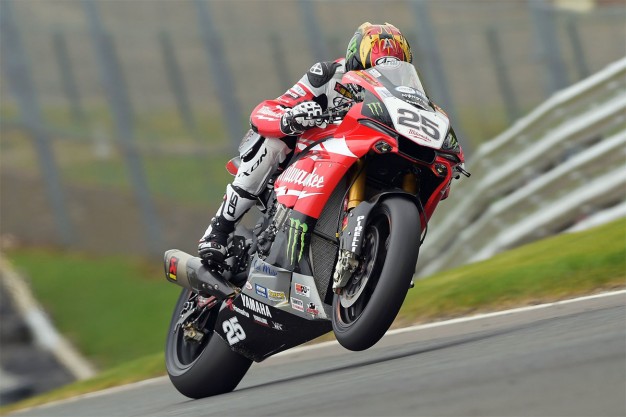 6. Shane Byrne
With four British Superbike Championships to his name, former MotoGP and WorldSBK regular Byrne is no doubt the best in the business on board the Paul Bird Motorsports Kawasaki in BSB. He’s not quite leading again this year, trailing James Ellison, but the guy is certainly well credentialled at 38 years of age.

7. Josh Brookes
The Aussie hard-charger has been a constant threat for BSB championships since joining the fray in 2009 and – we say it every year – this could be his best shot at the title yet. Armed with a Mailwaukee Yamaha YZF-R1, Brookes is on the pace yet again and will only get stronger as the year progresses. And if you gave him a competitive WorldSBK, he’d be in the mix there as well.

8. Josh Hayes
Highly respected by Yamaha as a four-time American Superbike Champion, Hayes has been a mainstay in the US mixing it up with some of the sport’s finest rising talent including current title leader and teammate Cameron Beaubier. Like Byrne in BSB, Hayes just seems to keep going and going, which is why you can’t deny he is one of the best in the world.

9. Ryuichi Kiyonari
The triple BSB champion and another who is widely-versed in MotoGP, WorldSBK and more was right there in the ‘war for four’ against Byrne for last year’s BSB crown. He fell short of the title with injury at the end of the season, but his ability to battle the Brits on their home turf is widely admired.

10. Wayne Maxwell
While Australia has essentially fallen off the international map in recent years, the fact that Maxwell won the 2013 Australian Superbike Championship and then backed it up with the 2014 Australasian Superbike and FX-Superbike titles (confused, anyone?) shows he is the class of our country as we speak. And as an Aussie website, we’d be mad not to showcase our best!