YRT with YMI’s Cru Halliday finally broke through to not only claim his first-ever Australian FX-Superbike (AFX-SBK) and Swann Insurance Australasian Superbike Championship (ASC) race wins last weekend, but he also snared his first-career round victory in both series. The likeable 27-year-old now sits in third place in both championships folllowing the first three rounds on board the brand new YZF-R1M. CycleOnline.com.au caught up with the Camden-based rider right after race two on Sunday to get his view on the weekend. 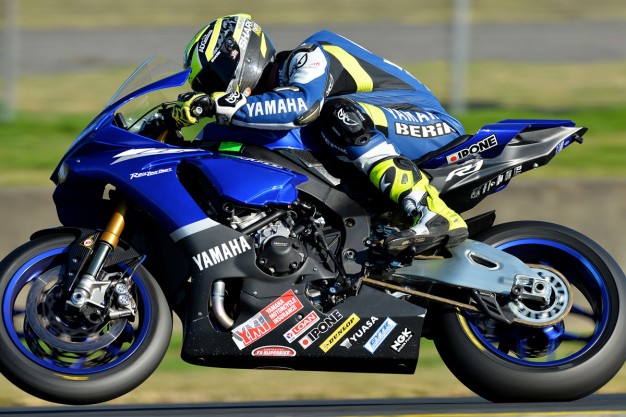 Cru, what a top weekend it has been for you and the Yamaha Racing Team with Yamaha Motorcycle Insurance team. You nailed your second pole position on Friday, then won your first-ever Australian FX-Superbike race in the opening race, then backed it up in the second one, which handed you the overall round win. Then today, a third and first has seen you come out on top to claim the ASC round. Did you expect this would happen?

No! I definitely didn’t expect to win the final race on Sunday as well. After a perfect day yesterday, you sort of don’t want the train to end. In race two, I got a little bit nervous during the middle of race as Troy [Herfoss] and Wayne [Maxwell] started to pull away as they were lapping pretty consistent, but then all of a sudden I found form. I don’t know what the go is; I might have to go home and get a bit fitter. I took the lead of the race on the lap that I didn’t want to, as I didn’t want to lead two laps – I wanted to pass Wayne on the main straight and on the last lap. When I passed him, I didn’t see the last lap board and I thought to myself ‘oh no, how many laps after this?’. I came around the next lap and saw the last lap board. That final lap I just made sure I broke deeper than I did than in the previous races. I do admit I was a little bit on edge during the whole race, I covered my lines like crazy! In fact I covered my lines that hard it washed all my corner speed off. I’m glad this Yamaha R1M has got so much torque and power to get me out of the corners. It’s great to see Wayne on the podium with me in second place and third overall. It would have been good to see all three Yamaha’s up here. We will go back to the drawing board and get set for the next round; I don’t even know where the next round is at the moment. I’m just that pumped, everything has just gone blank!

Explain to us, what was going through your mind on that last lap on Sunday? It’s always easy to follow another rider, but to lead the way and know that you have two of the best riders behind you must be hard, while thinking about winning the round, let alone a race.

All I was thinking was ‘just do it, just come on, don’t give up now, you only have one lap to go’. I came around Corporate Hill and thought that someone was going to throw it up the inside of me at turn nine for sure. They didn’t, however Wayne did try to go around the outside of me. I was going to get aggressive; if someone tried to get up the inside of me I was ready to lean in on them. I wanted that race and I wanted to end the weekend on a high!

After Mallala, how hard was it mentally to come into round three? When I spoke to you after the day in South Australia, I have never seen you so bummed out about a race weekend.

I was pissed off that’s for sure, after Mallala, I’m not going to lie. Everyone knew it, my family knew it, but I’m a factory team and I’m there to perform and I didn’t perform. For sure the arm-pump did fatigue me, but we are on top of the game here. We should be able to ride these races day in and day out and not get tired. I didn’t want to let the team down, so I came to Sydney Motorsport Park this weekend with a mission to do something and I’ve done it. Now I want to go home and just chill out. I don’t want to get too far ahead of myself, I want to win the championship, not just a round. 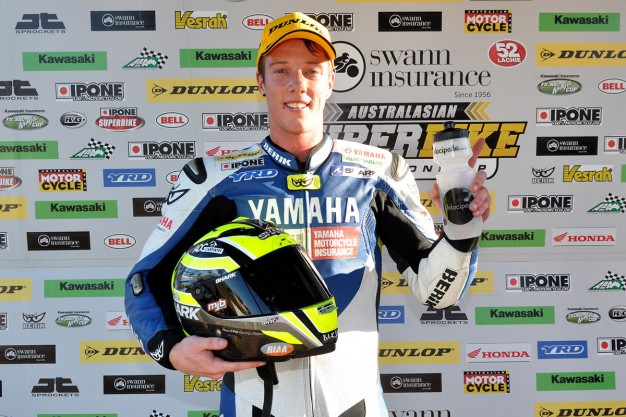 Since round two, you have been doing a lot of training in the gym, along with cycling and swimming and so on. So where would you rate your fitness now in regards to percentage wise?

Honestly, 70 percent. I’m pretty fit at the moment, but you can never be too fit. I look at the likes of Wayne, Glenn [Allerton] and even Troy and they are super-fit. I do sweat a lot, it’s crazy. I’m going to have to get that checked out, my body does run pretty hot. Look we are all fit as each other, but in saying that, I definitely can be a lot fitter and I will be a lot fitter before the next round.

Just to let you know, Queensland Raceway is our next destination for the championship. Do you get along with QR? You did test up there early in the year and you will have a test there again before round four.

Queensland Raceway is a track where you can have your ups and downs. It’s a point and shoot track. If everyone thinks this weekend has been close racing, round four is going to be wide-open! Glenn is super-hard on the brakes, Wayne is bit different in regards to his style compared to the both of us, so I think Queensland Raceway is going to suit us. The Yamahas and the Kawasakis are probably going to be the best up there with the amount of horsepower.

Well done on a top weekend, can’t wait to see how you go up in Queensland in August.

Thank you. I’m looking forward to it!