Australian Outdoor Living Cube Racing Team rider ‘Mad’ Mike Jones clinched the 2015 Yamaha Motor Finance Australian Superbike Championship presented by Motul Pirelli at Symmons Plains, Tasmania, on Sunday. The 21-year-old Queenslander has taken a clean-sweep of the last three rounds in succession on his way to the title on board his ZX-10R, making for an important achievement in his career to date. 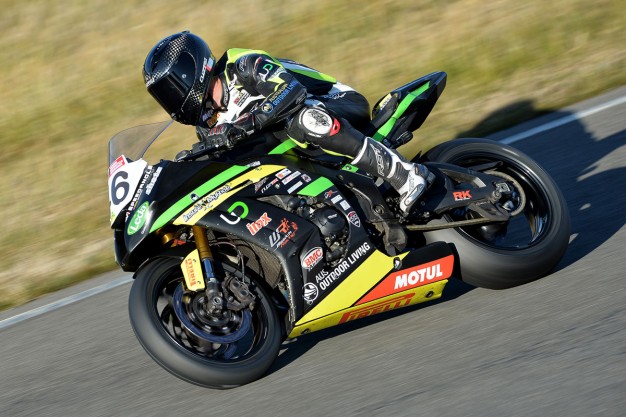 Congratulations on the championship, obviously a really good result and even better to get it done with a round to spare.

Yeah, thanks for that. I’m definitely very happy to get the 2015 Australian Superbike Championship, my second year in the Superbike category, so I couldn’t be happier. It’s certainly even better with a round to spare.

Does the fact that you’ve been winning races in the FX-ASC championship here and there as well help validate this title? Effectively showing you’re one of the elite Superbike racers in the country regardless of series.

Certainly. I think that you’re always going to have critics of your achievements no matter what, but like you said, having proved against the best riders and teams in the country that we can race with them, place on the podium and also beat them shows that I am one of the best Superbike riders in Australia and that winning the ASBK championship proves that as well.

In terms of your team, the Cube Racing outfit run by Ben Henry, it’s a really major result for them with the support of Pirelli and racing on those tyres in the ASBK championship. That’s a pretty important sidenote as well, isn’t it?

Exactly. It’s been fantastic this year being part of the Australian Outdoor Living Cube Racing Team; they’ve certainly done their best to give me the equipment required to win races. And obviously having such great support from quality products such as Pirelli, Motul, Arrow Exhausts, XXX Rated Race Suspension and Woolich Racing, that make the bike really easy to ride, I’m very grateful for those sponsors and supporters. Hopefully Kawasaki can come on board and give us a bit more support, because I know Cube Racing maybe get some kind of help out of SA Motorcycles, but we certainly haven’t had any out of Kawasaki Australia, which is a bit disappointing because we’ve put in a lot of hard work and effort over the past couple of years to do well on their product. It would be great to get a little bit of return and have some assistance to beat the factory Honda and Yamaha teams. 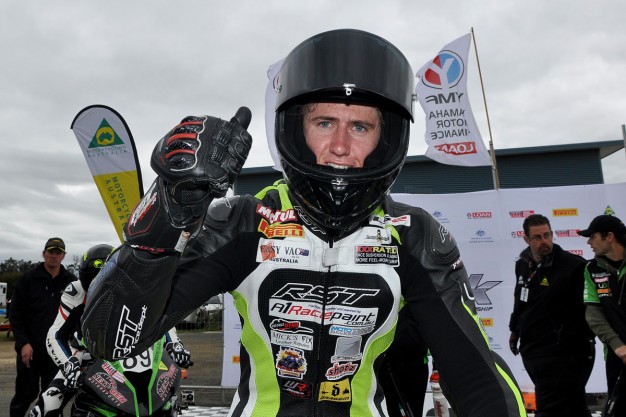 It’s a long trek down there for you from Queensland to Symmons Plains. Things ended up going your way and you were able to clinch the title, but did that even enter your mind heading into the round, that you could wrap it up in Tasmania?

I certainly didn’t expect that I’d end up wrapping up the championship coming into the round. I was just hoping to go down there and ride the best that I possibly could, which obviously I did with the Pirelli Superpole and both race wins. It was a clean-sweep for the weekend, which continued on from the solid round I had previously, and the way things panned out I was able to get enough points to grab the championship a round early.

We’re in September now, so entering the back part of the year, but there are still three rounds of FX-ASC to run, an ASBK round and MotoGP as well. What are you goals from now?

Yeah, there’s still a few rounds to go with the ASC, another round of the ASBK and the MotoGP, so I’ll be staying focused on trying to basically win races, really. I want to be successful in the remaining rounds, so even though I’ve won the ASBK championship, I’d like to be able to possibly improve my results and stay strong for the rest of the year, consolidate my position in the ASC and put myself in a good position for the following year.