Phillip Island ASBK Supersport winner on a variety of topics.

Longtime Victorian privateer Chas Hern has had limited track time this season, but when he has suited up the results have been incredibly impressive. Back at the Morgan Park round of the Australian Superbike Championship (ASBK) he scored a podium on board an EBR 1190RX at Morgan Park, before later in the season winning both Supersport races at Phillip Island’s final round. 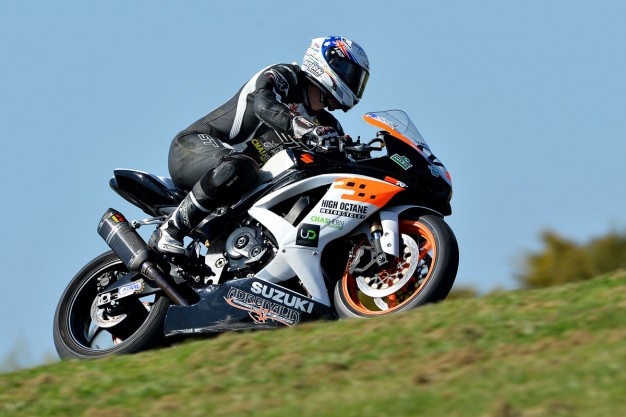 Winning the final ASBK Supersport round…

It was actually quite frustrating to be honest. Seven years ago I tried to win an Australian Supersport race or at least get onto the podium. I put everything into it, I trained and worked my arse off and I had all the latest and greatest bikes and I could never do it. Then I decided just to go out and have a fun weekend at Phillip Island and managed to take two wins. It was kind of like dream come true really. I really don’t know how to explain it, but I can say this; it was a bloody awesome feeling that’s for sure! To be able to beat Brayden [Elliott] was also pretty special. Brayden has got a pretty impressive set up, he has got Australia’s king of Suzuki in Phil Tainton behind him, and Phil has always supplied me with a great bike as well. The bike I rode with initially was built by Phil. Brayden also has Shawn Giles in his corner as well, so to be able to beat a team like that which has so much going for them was pretty cool. I think Brayden pretty much rides every weekend, which makes my third yearly outing not so bad.

Putting an EBR on the ASBK podium…

Look, riding the EBR, I guess it pretty much stands for my whole career. In my whole career I have always been the underdog. When I finished second behind Linden Magee in the 2012 Australian Prostock Championship, he was running under the Next Gen Motorsports; they had their huge truck and backing from BMW and so on. You could almost say they were a full factory team and we were just a couple of guys on a Suzuki. People said that we could never do it, then we went into the last round leading the championship by six points. That’s the same with the EBR. People said, ‘what are you going to do with that?’. Then we went out and beat Ryan Hampton on the BMW and Ben Henry on the Kawasaki in race one to finish third at Morgan Park. There was a lot of guys who finished behind us, so I think it shut a lot of people up. To get a podium on the EBR, I guess it outlined my whole career. I might not have ever had the best or the latest and greatest technology or equipment, but we have always been willing to try and go one step harder than anyone else out on the track.

Working on bikes… I’m doing that right now. Yeah look, it’s something that wears you out. Especially in 2013 when I was building Brandon Demmery’s bike, which he won the 2013 Production title on, and I was doing Hudson Pitt’s bike, we had Jess [Boujos] come over from Perth and ride one of our bikes and of course I was doing my own Superbike. So look, the knowledge I have working on bikes, without it I would not be able to go racing at all, because I definitely don’t have the money to pay someone else to work on my bikes. I wouldn’t say it’s the highlight of my racing career, but it’s something I have to do otherwise I wouldn’t be on the track. You just have to do anything it takes really, to be out there. Also having an understanding of how a motorcycle works does help as well. When you are out on the track you connect better with the motorcycle, rather than someone who has no idea might come in and say ‘my bike is bouncing’. Then you have to try and translate that for a rider. It was knowledge which I learnt I was able to pass on to other riders. For example, when I first started working with Hudson, his mechanical knowledge was pretty limited, by the end of it he was able to come in after a session and explain to me what the bike was doing and we were able to make adjustments in the right direction. 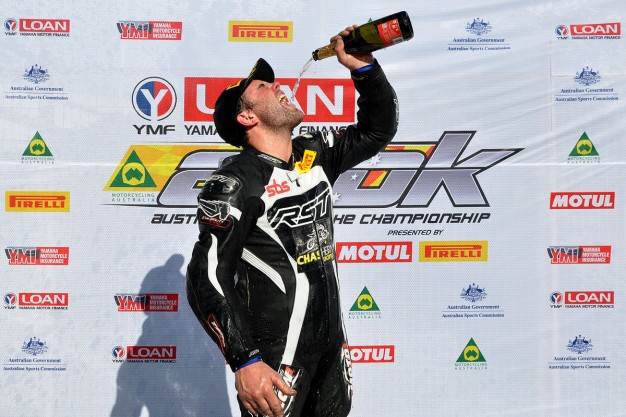 When we did have the big team it was hard work. I was trying to spread my knowledge from Brandon to Hudson and helping out Jess. In the last few years we have quietened it down a bit. Lately I have been working closely with young Iilish ‘Snoop’ Ross, both with dirt track and road racing. I continue to help with things like the junior development days where we coach the kids and I’ll continue to do that when I have the time to do it. It’s definitely something I always intend on doing, helping out the sport and the kids where I can. But next year, we will continue to work with Iilish and see if she can get to the next level in road racing. Our goal for her is to try make it into grand prix racing. Step away from the production bikes, but with that, is a need for a lot of money.

Riding on the street…

Up until I started working for MV Agusta, that was something I never did – I never really enjoyed riding on the road and I never really understood it. To be honest I just found it to be downright dangerous! With my role at MV, obviously that is part of the job. I don’t think it really reflects with racing. I think with anyone who races bikes, you go out on a late model bike on the weekend and you tend to get a bit excited, so I think keep it to the race track where it’s safer and meant to be done.