There are no words to describe what Yamaha Racing Team with Yamaha Motorcycle Insurance’s (YRT with YMI) Wayne Maxwell achieved at Winton Motor Raceway last weekend during the penultimate round of this year’s Swann Insurance Australasian Superbike Championship (ASC). The reigning Australian FX-Superbike (AFX-SBK) and ASC champion took out pole position on Friday, then stormed to six race wins across the weekend. The ‘Wayne Train’ heads into the grand final at Sydney Motorsport Park in December five points behind Troy Herfoss in the AFX-SBK and equal on points with Herfoss in the ASC series, which will prove to be an epic showdown between the pair. CycleOnline.com.au caught up with Maxwell after race three last Sunday to find out how he was feeling about his weekend that was. 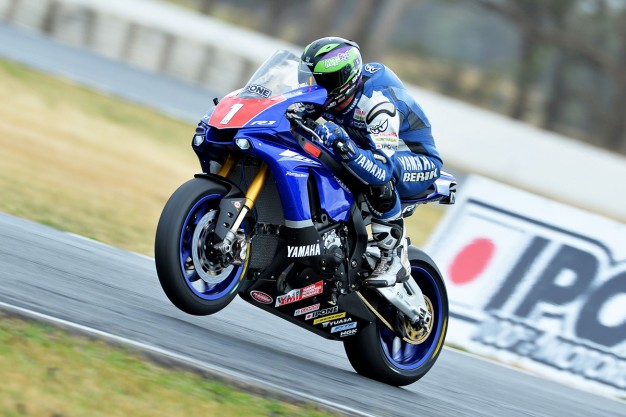 What a weekend Wayne! Did you ever expect to come into this weekend and take pole position on Friday, snare six wins from six starts and walk away equal on points with Troy heading into the final round? It’s just been one of those fairy tale weekends hasn’t it…

Yeah, in this sort of competitive field, racing against these sorts of guys it is so hard to get six out of six race wins in one weekend. There are so many strong riders, so to be able to do that here at what is basically home race is so special. All my family and friends are here, there have been so many guys here who I see at ride days and bits and pieces around, so to have them all here is pretty cool. This weekend is probably better than last year’s Mallala round where I took the clean-sweep there. This weekend is pretty special, because Troy has been dominant of recent, so to be able to break that dominance is amazing.

Yamaha Racing Team did a one day test at Winton Motor Raceway a few days after round five at Wakefield Park. Do you think that test here made a big difference for this weekend?

The test made a little bit, but from the word go in the first five laps of the test I was fast – at the test I was faster than Glenn [Allerton] and Cru [Halliday]. In saying that, Winton is a good track for me and the Yamaha R1M is obviously working well. We have a few little key points to work on, now that we have a better understanding of the bike, hopefully we can have another test before the final round just to dial a little bit of it out. I would like to try and make the bike a little bit easier on the tyres and myself. Yeah, but hopefully we can get enough points at Sydney Motorsport Park and get the job done. 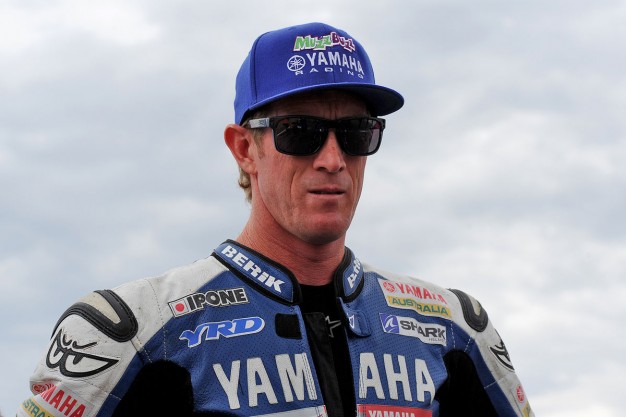 We of course head back to Sydney Motorsport Park for the last round. At round three this year, you finished fourth in the AFX-SBK and third in the ASC round. You seem to go well at there, so are you looking forward to getting back there again?

It’s like any circuit; when the bike is working well its good. Sydney Motorsport Park has been cruel to me, it’s been kind to me – I had my first ever clean sweep at Sydney Motorsport Park in 2013 when it was a double header round in the ASBK series. It was amazing! So yeah, we’ll just wait and see what happens. You never know what the weekend will bring. It could rain. It will definitely be hot in western Sydney. We will just go there and give it our best shot like what we have done this weekend and hopefully it pans out our way.

I’m going to ask you this question – I know most racers hate answering this question – but if you do win the championship this year, will it mean more to you than your 2013 ASBK title and last year’s FX-ASC titles? The reason why I ask is because you would be the first rider to win three years of championships on three different makes of bikes.

I’m not sure. It would be pretty special, if I do win the championship and when the emotions come out we will worry about it then. We are a long way off that yet. There are three tough races still to come on each day in Sydney, so we’ll keep going along by corner by corner, lap by lap, session by session. Hopefully we will do all the prep work and the rest will work out from there.

Good stuff. Well, congratulations on this weekend. Go and enjoy it and we’ll see you in a few weeks time.