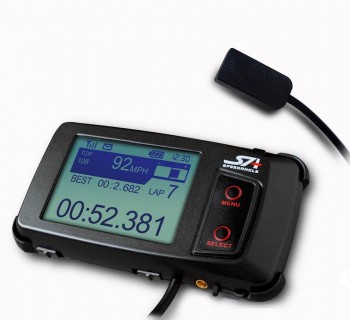 2015 Australian Supersport Champion Brayden Elliott is pleased to confirm SpeedAngle Lap Timers via Australian distributor, Moto Track Accessories as his newest supporting partner to his racing campaign with the quest to claim his second title for the year, the Australasian Supersport Championship well within reach with just one round remaining in Sydney in December.

Brayden’s second full season in road racing has been lined with success, in addition to claiming the Australian Supersport Championship, he leads the Australasian series by one point entering the final event of the year and that Championship has brought with it numerous race and round wins and podium positions, subsequently Elliott has well and truly made his mark in amongst some of the best young riders in the country.

“We have had a very successful year so far. It has required a lot of hard work and effort throughout the season, but it has been rewarded in picking up multiple podiums and wins across the two series’. I’m looking forward to adding the SpeedAngle Lap Timers to my bikes ahead of the final event of the season and thus helping to develop the setup of our machines to help give us the extra edge over the opposition,” Elliott said.

Throughout the 2015 season, Brayden has welcomed a fleet of new partners onboard and their association has brought with it a benefit to his racing in a wide variety of ways. Adding SpeedAngle Lap Timers to his overall racing setup is yet another important addition that Elliott see’s as a great benefit to his ongoing determination to improve and further develop his Hankook Tyres Suzuki GSX-R 600 machines.

“I am very proud to form a new partnership with SpeedAngle Lap Timers with support from the Australian distributor, Steve Thibou. Having confidence in the products we use on the motorcycle is such a crucial part of racing and I couldn’t be happier to be associated with the SpeedAngle product.”

“A racer definitely relies on instant accurate information when you are out on track which is why SpeedAngle is the obvious choice for our team. The product has been a proven success with most major teams using the brand as I now look forward to using the SpeedAngle to benefit our on track performance,” Elliott added.

Australian distributor for SpeedAngle Lap Timers via Moto Track Accessories, Steve Thibou is excited about partnering with Brayden in gaining further exposure for the product. Highlighting his professional approach to racing both on-track and off and his significant results throughout the 2015 season, Thibou admits it was an easy fit for the brand.

“We are excited to have Brayden using our SpeedAngle Lap Timers, it was an easy choice for us to support him after winning the Australian Supersport Championship. Brayden has developed into a talented rider in 2015 with a team that would be classed as one of the most professional in Supersport, having people around him like Phil Tainton and Shawn Giles shows he has a good future.

This inclusion of Brayden boosts our profile in the Road Racing market to include all current Australian Champions in the sport,” Thibou said.

Brayden’s final event of the season is round seven, the final round of the 2015 Swann Insurance Australasian Superbike Championship takes place at Sydney Motorsport Park, Eastern Creek, NSW from 4-5 December with a twilight format on both days.