Team Honda Racing win back to back double Championships 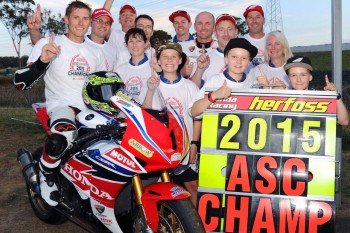 Troy Herfoss has been crowned the 2015 Australasian Superbike and FX-Superbike Champion after a stella performance by both he and Jamie Stauffer over the weekend at Sydney Motorsport Park.

The success of the Honda CBR1000RR SP at the ASC Finale delivers back-to-back double championships for Team Honda Racing, having been similarly victorious in 2014. Fans were treated to some of the best racing the country has seen over the weekend and the Honda continued to prove its might time and time again. Man and machine. The combination of experience, skill and sheer determination aboard such a finely tuned motorcycle was something to behold.

Stauffer finished the championship in 5th place, not allowing his crash and pelvic injury early in the season to hold him back or stay the charge for points.

Stauffer finished 2nd in the previous day’s FX-Superbike race and thus lined up in P2 for the 3 nail-biting ASC finale races. With Honda P1 and P2 on the grid, things were heating up and the weather followed suit with track temperatures reaching 59.3C for Superbike Race 1.

Stauffer took the Race 1 win in a very close battle at the front of the field, showing he felt extremely comfortable onboard his CBR1000RR SP for the final races of the season. His fastest lap time was a 1:31.569 sec and Herfoss finished Race 1 in 3rd place, his fastest lap time a 1:31.652 sec. The championship was far from won, but the Honda was looking strong.

Race 2 only served to prolong the tension with Herfoss finishing 2nd after a heart-stopping moment when he missed a gear on downshift into turn 1 and dropped places rapidly part way through the race. Stauffer finished Race 2 in 5th place.

The championship was down to the wire. There were only 5 points separating Herfoss and Maxwell going into Race 3. Position mattered.

Superbike Race 3 was perhaps the tensest Superbike race that Team Honda Racing has endured as the final push for dominance raged on track. The battles were furious and many with the whole field seeming to step it up for the final race of the season.

Herfoss finished in 5th place after suffering major tyre issues throughout the race and therefore being forced out of contention for a podium position. And then there was Stauffer.
Jamie Stauffer raced a brilliant race for the finale and not only battled for the race win, but also managed to keep Maxwell from scoring enough points to be a title threat as he held him at bay. The manoeuvres performed by Stauffer during Race 3 as he did the superbike dance of pass and re-pass for position, were nothing short of inspiring.

The championship came down to the chequered flag as Stauffer diced with Mike Jones for the race win in the final laps and blocked Maxwell simultaneously. It was a How To Guide from the multiple Australian champion. As the bikes came down the main straight for the final time it is safe to say many held their breath as nothing was certain.

Stauffer finished Race 3 in 2nd place by a mere .108 sec and Maxwell crossed the line in 3rd place with Herfoss bringing it home in 5th place, crowning Herfoss the 2015 Australasian Superbike Champion. Stauffer finished 2015 in 5th place in the championship which was a fantastic effort considering he did not compete in the first round after his crash early in the year and subsequent recovery from injury.

Herfoss: “What an unreal feeling it is to claim my first ever Australasian Superbike Championship. That last race was the most stressful 12 laps I have had on a motorbike! It’s a great feeling to win this championship and something I have worked hard for. Of course there is no way I could have done this without a dedicated team behind me, in Team Honda Racing. They have been behind me since day one! I can’t thank Paul and Laura Free enough for bringing me on in 2014. Shaun, my mechanic is just a wizard at what he does and deserves a huge credit to this championship. To all the team sponsors, and my personal sponsors, a massive, massive thank you, as without your support this could not be possible. Finally, thanks to everyone for all the well wishes and great support you have given me throughout 2015, it means a hell of a lot. Thank you.”

Stauffer: “Congratulations to Troy on his 2 titles! He absolutely deserves them and has raced so well all year. It has been great to race alongside him on the Honda. Well done to the team and thank you for all the hard work put in during the season. We were behind the eight ball this year after my crash and it took a while to recover, but the team just kept giving it their all and we managed to finish in 5th place having not competed in one event early on. Obviously, I would have liked to have finished in the top three, but I come away from the final event with a race win and it was a really exciting event to finish the season. Thank you to all the team sponsors for the terrific support you have given all year. To Honda Australia, a huge thank you. To Paul, Jason Kaine who was invaluable this season and to the whole team, well done and thank you for the hours of hard work.”

As Team Honda Racing celebrate the Honda CBR1000RR SP and the ever professional Troy Herfoss and Jamie Stauffer, their thanks must go to everyone that made the success possible.

Team Principle and Motologic owner, Paul Free: “Congratulations Troy! This championship is ours because of the team of people that come together to make it happen, from the staff to our team sponsors. Shaun Clarke works tirelessly at Motologic and at each race event and it is fantastic to see his hard work as Troy’s crew chief pay off. Well done Shaun and also Glenn Granger who completes Troy’s side of the pit garage and is an absolute workhorse. Thanks also to Jason Kaine for all his help this year he is an asset to the team and worked extremely hard for Jamie throughout the season. Well done to Jamie for his incredible tenacity and unwavering determination. To come back from the early pelvic injury and finish the championship in 5th place and with such a show of strength in the races was fantastic. To Honda Australia a huge thank you. We are proud to represent the Honda brand and to have been able to bring home 2 championships this year, making it back-to-back wins. To all our other sponsors, Motul, Honda Motorcycle Insurances and Extended Warranty, Pirelli, Patterson Cheney group, Honda Genuine Parts and Accessories, Western Freight Management, Alpinestars, HART, NGK and all those that support our team. Thank you. It was an incredible year.” 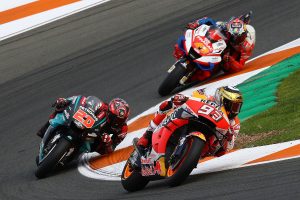 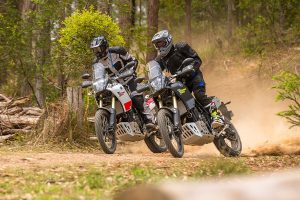 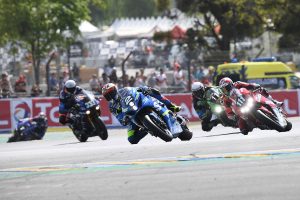