Yamaha Racing Team’s Wayne Maxwell finished on the podium at Phillip Island’s opening round of the 2016 Yamaha Motor Finance Australian Superbike Championship presented by Motul Pirelli, in what was a solid start to his new campaign. With YRT reverting to the ASBK this season, CycleOnline.com.au spoke to the ‘Wayne Train’ about that and more in this month’s Fast Thoughts interview. 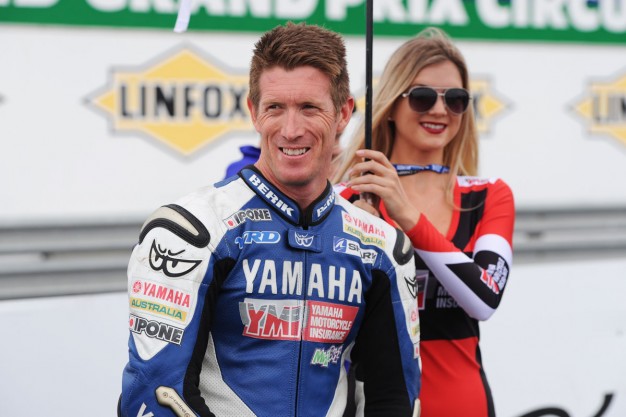 I’m excited to return to ASBK and for me as a rider it’s where all the best riders are and I want to be racing the best guys in the country, not only to continue developing my riding, but also the level of Australian road racing to make sure we can stay in line with the rest of the world.

Your feelings on Phillip Island’s opening round…

Yeah, look, it’s always a fairly positive round at WorldSBK, with the world’s best guys on similar bikes to what we race. To go there and be involved in that event and the way it was run and conducted, plus the way the races were, was world class by the guys at ASBK.

We want to go faster every year, so making a control tyre, sometimes the quality doesn’t get better and better because it’s made to a price here in Australia. Last year having to run three tyres, the way the regulation was in that series, was difficult to do. It’s harder to improve the lap times and the bike setting all the time because you’re not sure if it’s the tyre or the bike, anything like that. I’m happy with the open tyre policy, we have some work to do, but we’re working hard and getting better all the time. 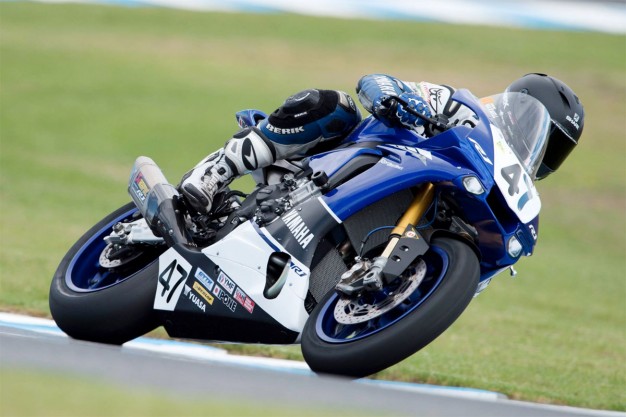 I love riding the R1M, it’s a fantastic bike, and I don’t think we’ve fully unlocked its potential yet. Glenn [Allerton] and myself, the guys at Yamaha Racing Team, have been working away at that and obviously Cru [Halliday] has got some input there as well. We’re leading development along and it’s going to get better and better, so hopefully by the end of the season we can really show the full potential of the Yamaha.

Yamaha’s R3 Cup in the ASBK…

It’s great for the younger guys to be able to get on them – the sooner we’ve got those guys racing, the better. Every category has a feeder class and this is one of those, so I guess for the guys on Yamaha the brand will be taking a closer look at them as stars of the future. That’s what we need and I’m excited, because the more younger guys that are in our sport, competing in an affordable class like that, the more elite riders we will attract and bring up. Hopefully it results in more world champions in years to come.