After winning the inaugural Australasian Superbike Championship in 2013, Matt Walters has had mixed results across the past two seasons. He’s been competitive against the factories at various stages during that period, however last weekend in Sydney he seemed to turn a new leaf on board the 2016 Ninja ZX-10R for the first round win of the revamped season. CycleOnline.com.au spoke to Walters post-race for the latest Race Recap interview. 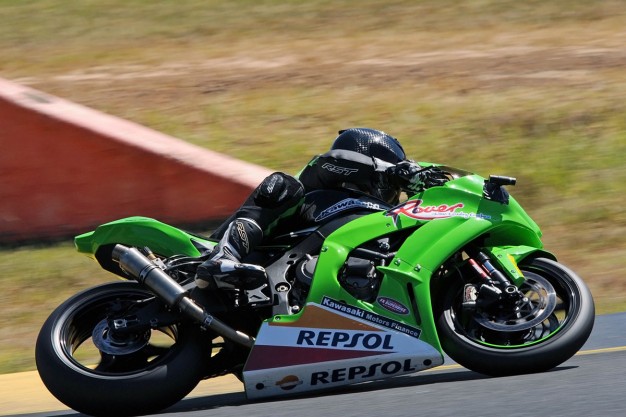 Matt Walters, it was a dominant weekend in Sydney where almost got every race win of the weekend except for that last one. Overall you must be stoked?

Yeah, I had a good weekend we weren’t quite to sure how we were going to go setting the bike up for Eastern Creek, because we struggled at Phillip Island a fair bit. But I think the changes we made with it over the weekend made the bike go forward a lot and we did win five out of six races. The last one I had to play it smart because I didn’t want to throw everything away we worked hard enough to get the bike back to where it was and do some race wins. Development wise it’s probably still not all the way there it’s getting closer I am happy on the bike, I’m comfortable so I think we just need to find one or two more seconds out of it which I think the bike has got it in it without a doubt. Being so new and adjustable it’s a pleasure to ride now and can only get better!

I think the one with Blair, because he kept me on my toes the whole way through and it was good to get back to that form where I just couldn’t stop and just had to keep going. He rides really good, he’s controlled, safe and it is a pleasure to ride with guys like that, as well as Benny. It’s been a great weekend for us, great racing, so yeah I think race two was the best one for us.

What about in race one, into turn two on the opening lap, do you remember that, getting a bit loose? You seemed to get in bit hot on the brakes and Blair went up on the inside…

Yeah! I can remember doing that, it was fairly sketchy with the brakes on the front of it, we have been playing around with the brake pads and we end up running SBS brake pads and they were a bit more vicious then what I anticipated. It’s so new trying everything that can work for it, it can either be good or bad. But we are happy with how we are going, we are slowly creeping forward, but scary moments like that don’t help. 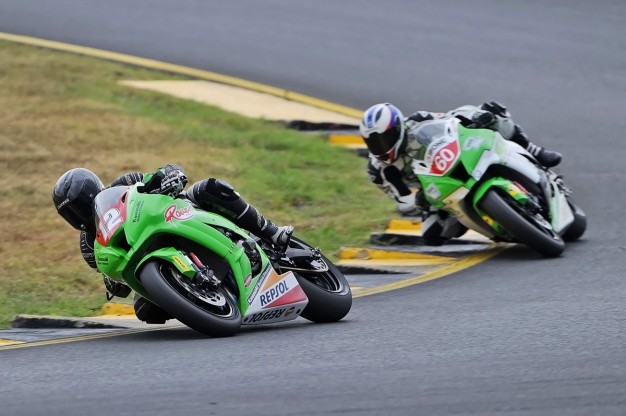 So this new bike, we know it’s a brand new bike for 2016, the Ninja ZX-10R. Early days and you got this win, but there should be a lot of progress to come, right?

Yeah, I think there should be a lot of progress to come with the bike with how adjustable the bike is, with track to track we should be able to set the bike up pretty much perfect to however we like it. I know comparing to the previous lap times that we have been here we are probably down a little bit, but I think we will be able to tune that out of it and go better.

Do you think the heat played a part? Because like you said, they were a little bit off in what you have done in the past, but yeah different conditions, different time of the year and everything.

I think the track had a lot to do with it. It was up to 60 degrees at one stage, so it was defiantly testing, didn’t have a lot of rear grip at all, but I think everyone was in the same boat so we just had to move around and adjust to that. I think we did a good job and everyone is learning about the bike real fast, now we know the direction we have to go in. So yeah, it’s working well for us. 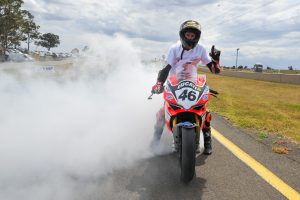