Racer comments from Wakefield Park's second round of the year.

A selection of riders detail their day at Wakefield Park’s second round of the 2016 YMF Australian Superbike Championship presented by Motul Pirelli. Team and privateer competitors can submit comments to [email protected] prior to the Wednesday after events for inclusion in the post-event Quotebook feature. 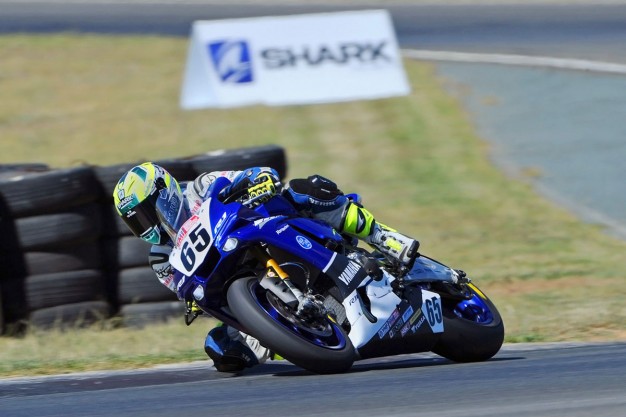 Troy Herfoss (Crankt Protein Honda Racing) – 1st overall:
It was a bit of a stressful morning, I’m not sure what was going on, it was as if everyone was too eager and there were bikes going down everywhere. It was a bit odd with the tyre allocation, because with so many restarts we still had to use the same tyre, and I was a bit nervous about pushing hard – but the Pirelli’s really proved themselves this weekend and I was able to bring it home in the first race. In race two I was a bit disappointed, because I was struggling to get through the traffic, and I managed to get in to second, but I hit false neutral in turn ten and I hit the kitty litter which pushed me back a few positions. All in all though, I’m that excited with the package we have. We’ve gone a lot faster and we just keep improving on what we’ve got. Now we’re going to Eastern Creek where you really need a bike that can go the whole race distance, and fast, and I’m absolutely confident that we have the opportunity to do that with the Honda CBR1000RR SP.

Ant West (Crankt Protein Honda Racing) – 2nd overall:
I jumped straight on this bike and to be honest I’m pretty happy with what we achieved this weekend. I’ve never raced a Honda before, so it’s been a challenge getting comfortable on the bike and really we haven’t had a lot of time to get the bike set up for me. I still didn’t feel 100 per cent during the race and I still think there’s a lot more that we can get out of the bike, and also a lot more that we can get out of myself. I’ve had fun though and I’d definitely consider racing at the ASBK again. I’ve never really thought about racing in Australia, but after racing here I’ve realised it is competitive and it’s not an easy championship – these top guys are fast. Wakefield Park is a track that I’m not used to, it’s tight and bumpy and it’s a lot different to what I’m used to riding, so I’d love the opportunity to come back and see what I can do on a different circuit.

Wayne Maxwell (Yamaha Racing Team) – 7th overall:
We had a front tyre issue in race one and I didn’t think it was as bad as it was. It simply caught me out at the top of the hill. I knew Glenn had crashed there and the next lap I was on the ground and I couldn’t believe it. To be on the ground to a dominant race win is pretty cool. While the first race was disappointing it was nice to take out the second race. I got a good start and just got myself into a rhythm and just saw my time increasing on the lap board.

Glenn Allerton (Yamaha Racing Team) – 12th overall:
That fall in race one was costly but when Wayne did the same thing, it must have been a nightmare for the team. It’s disappointing, but that’s racing. We now head to Sydney Motorsport Park which is my home track. I had a great feeling with the bike at the test, so I’m going to go out there and go even harder.

Cru Halliday (Yamaha Racing Team) – 13th overall:
It was nice to finish in third, I would have liked to have got into a battle with my two teammates before they came off. It just panned out the way it did. My pace was good, but I just wasn’t in the right part of the track where the right guys were. Race two was terrible and not the best way to end what was a good weekend. What can you do? I guess these things happen in racing. You just have to move past it. I can’t say enough about this 2016 Yamaha YZF-R1M. It’s hooking up unreal and the Yamaha Racing Team have had the tyre degradation under control. I barely did any changes to the bike, just a few little gearing changes here and there. The whole team are working so hard. I just feel bad for putting the bike down in the last race.

Mike Jones (DesmoSport Ducati) – DNF:
Obviously zero points today isn’t ideal for the championship, but we made a lot of progress with the DesmoSport Ducati team and the 1299 Panigale S. We made a big step with the suspension set-up, further tailoring it to my style, which will help a lot in the coming rounds. From this point after racing at Phillip Island, which is fast and flowing, and then Wakefield Park, which is tight and technical, with the improvements made we will be heading to Sydney Motorsport Park very optimistic for a strong result. The most crucial thing for us is to keep developing the brand new bike in these early stages and we will be right there.

Brayden Elliott (Suzuki) – 4th overall:
I’m extremely happy with my efforts at round two of the Australian Superbike Championship. From start to finish, the team did an amazing job, continuing to help build my confidence as we placed a heavy focus on setup around the tight Wakefield Park circuit. Putting my focus on myself allowed the whole team to work toward achieving my own personal goals and step by step we continued to improve as the weekend progressed. To finish fourth overall is something that I am very proud of for only my second Superbike race and I am also reasonably happy with my efforts and consistency over the long race distance. Being amongst the best factory riders and teams has certainly given me a lot to think about as we prepare for round three. I’m very happy to leave the track with a huge amount of positives, also knowing the areas I need to work on and improve. It was very important to gain more race experience over the long 16 lap races, picking up crucial Championship points along the way. I’d like to thank everyone for their local support and all of my sponsors for making this season possible. 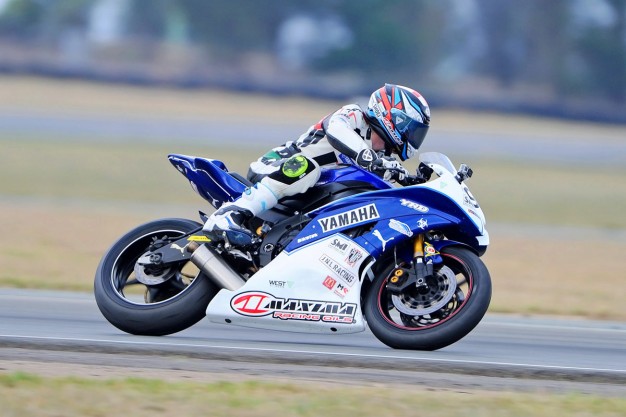 Luke Mitchell (JNL Racing Yamaha) – 2nd overall:
It’s a bit disappointing to hit the lead, then have the red flag brought out and then get put back to second. That’s racing! We’ll see what we can do for race two. Overall it was fantastic day and weekend. The second race I took the lead and tried to pull away, but I had a very big moment during the race. I just thought, I don’t care where I finish I’ll just bring the bike home. To finish second in race two I was really happy about. We’ll have another crack at it at Sydney Motorsport Park which should be a good round for us.

Troy Guenther (Graffiti Alley Racing Yamaha) – 3rd overall:
To get a good solid result here this weekend is a big confidence boost for myself and the Graffiti Alley Racing team. I was doing everything I could to stay in third place and keep the front running two honest. At the same time both Cambridge and Callum [Spriggs] were putting a lot of pressure on me as well. Heading into round two I wasn’t 100% sure what to expect as I didn’t do quite well at Wakefield Park in 2015. So have a good few races today, I feel really, really good heading into Sydney Motorsport Park, so I don’t feel any pressure. It’s still early days anyway.