Multiple national Superbike champion Wayne Maxwell made a major impression as the 2016 Yamaha Motor Finance Australian Superbike Championship presented by Motul Pirelli reached its halfway point at Sydney Motorsport Park last Sunday. CycleOnline.com.au caught up with the Yamaha Racing Team member to discuss the round from his perspective. 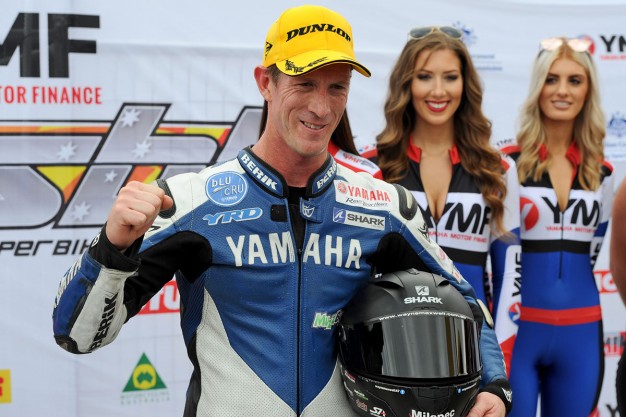 Congratulations on what was a perfect weekend at Sydney Motorsport Park. It was a great result and really good for the championship as well. Talk us through your weekend.

Yeah, look it’s an awesome result to come out there and do that. I definitely didn’t expect that result. I knew we were going to be competitive, but to do it in the way we did it, especially in the first race where I had a lot of pressure from my teammate, Glenn [Allerton], one mistake and it would have seen me hand the lead away and possibly the race win over to him.

You obviously started out strong. You were on provisional pole, then you converted that to Superpole. Were you happy with your pace early on in the weekend?

We tried a lot of stuff and I had a crash on the Friday in testing. I wasn’t doubting myself, but I was thinking what happens if we can’t get enough feeling what I’m after in the Yamaha R1M, because getting that last bit of lap time around such a technical track like Sydney Motorsport Park is hard work. However, my crew did an awesome job. Warren [Monson], I can’t thank him enough and all the guys at Yamaha Racing Team.

In race one, it turned out to be a pretty good race in dry conditions, your lap times were fast and it was a close battle between yourself and Glenn. How was it from your perspective?

I got a reasonable start, but then Matt Walters came past and I knew I had to get by him quick, which could had possibly played into my hands. If he held up the other guys, I could have got a gap and sort of make the race a little bit easier. I got by Matt and I managed to pull a small gap, then the next lap I had no gap and it was +0 ‘GA’ on my pit board. From there I knew I had a fight on my hands, Glenn is not a three times Australian Superbike Champion for nothing, he is a great rider. I just had to stay consistent and make no mistakes. If you give Glenn an opportunity, he is like a dog with a bone, he will definitely take advantage of it.

Then the rain came in the afternoon on Sunday. You’re obviously a really good rain rider, but to cap off the weekend in those conditions and get a second win for the round, that must have been satisfying.

Yeah, the Yamaha R1M was just faultless in the rain. I was surprised just how easy it was to ride and just how much stability I had. When I saw the gap growing on the board, I was surprised at first and thought the track was starting to dry and the other riders would start to get some confident and they would start coming. So I just kept pushing, but at a safe and comfortable level. At the end I managed to have a massive gap – I should have slowed down a bit earlier [laughs]. 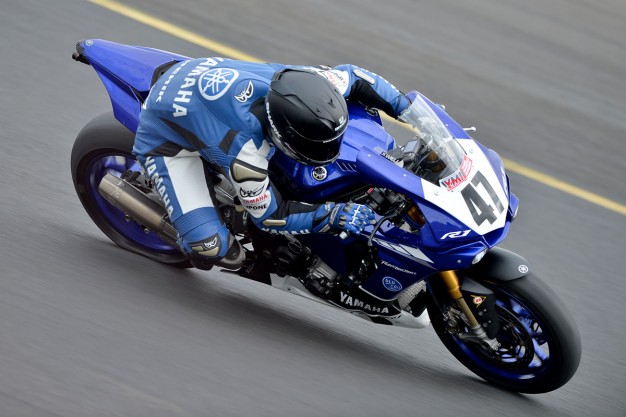 We’re at the halfway point in the season now and you’re coming off a three consecutive race wins. It’s probably a good time in the championship to get this momentum on your side and these few wins have really put you in the hunt for the championship, haven’t they?

I think we have to take the positives from the weekend. As I’ve said, a lot of riders can win when they are having a good weekend and everything is going their way, but Wakefield Park proved we could win when we are having a bad weekend. We had reasonable speed at Wakefield, but we crashed in the first race, then come out and won race two in the style that we did at a track we weren’t expected to win at. Then to win in the dry in Sydney and again in much different conditions in race two, we really have to take those positives and keep that momentum rolling while we have got it.

Next stop is Barbagallo, which I know is a track you like. Do you take much confidence into that event, considering you haven’t done much national racing over there for some time?

I’ll take a reasonable amount of confidence over there. In saying that, you have my teammate Glenn, who holds the lap record there, Mike [Jones] who won there last year, then you have the Honda guys, who you can’t write off. Again, you will have about five or more guys who are more than capable of winning races over there. I just have to keep my feet on the ground and keep doing what I have been doing, which will hopefully be good enough to keep battling for race wins.

Has the championship, already at round three of six, gone quicker than what you expected? It just seems like we have got to this point really quickly…

It’s coming up towards the end of April and the championship ends at the beginning of October. We have a bit of a break now, but it has flown by. I can’t really commend Motorcycling Australia and the whole crew from ASBK enough. Just the way the presentation is and the trophies, the feeling they give you when you are a race winner. In the past few years, you were just sort of a number, but to be the premier class and looked after like we have it’s a great thing. I’m really looking forward to the second half of the season.

Well it’s been good to watch and we look forward to it as well. Thanks mate.