Australian gearing up for another Suzuka 8 Hours assault.

Two-time Australian Superbike Champion Josh Waters has become one of the most recognisable racers in the country during his lengthy domestic and international career, largely due to success at the famed Suzuka 8 Hours event in Japan.

While Waters – now 29 years of age, married to wife Gin and with a baby on the way – has enjoyed a number of title-winning years here at home and has starred at Suzuka on multiple occasions with two podiums to his credit, a difficult period in the British Superbike Championship saw him left without a fulltime ride in 2016.

Waters was unable to make any consistent impact in the BSB as part of the Milwaukee Yamaha, Halsall Racing, TAS/Tyco Suzuki and Halsall/Bennetts Suzuki squads between 2013 and 2015, aside from a pair of impressive race wins in 2014 aboard his favoured GSX-R1000 mount. 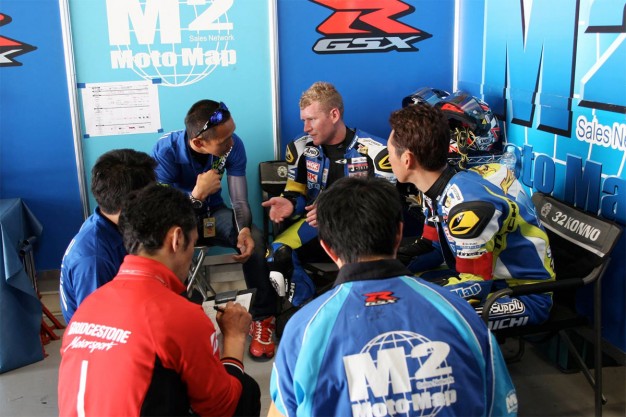 So for this year in a rebuilding phase of sorts, Waters is solely focusing on the Suzuka round of the Endurance World Championship with MotoMap Supply Suzuki, alongside Japanese veteran Nobuatsu Aoki and Yoshihiro Konno.

Over the weekend he debuted with the team in the All Japan Superbike JSB1000 200-kilometre race at Suzuka, finishing 10th alongside Konno in the two-man team. Aoki will join them for the 8 Hours in July.

“The 200km race is a qualifying race for the 8 Hour in Japan, which was actually a tricky one because we only had minimal laps during the weekend – we’d only get two or three flying laps in per session between us,” Waters explained. “It was good though and definitely good to ride again.

“We have support from Yoshimura, although it’s not the same spec as their official bike – probably more similar to an ASBK bike in terms of electronics. Also, we’re Bridgestone’s 17-inch team, developing those tyres, so it’s quite a bit different to the factory 16.5 tyres. There’s been a lot to try.

“Nob will race the 8 Hour with us, since we could only have two riders on the weekend, and Konn races the full championship with the team, so that’s why I was racing with him. It was Nob who made contact with me and wanted me to be involved, so that’s how it all started. The team seems happy and so am I – I enjoyed the weekend a lot.” 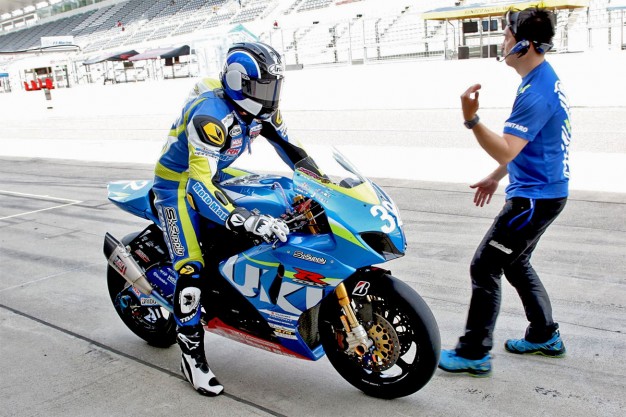 Waters may contest another Japanese event prior to the Suzuka 8 Hours on 31 July: “There’s a possibility I may race another again before Suzuka for time on the bike and some more work with Bridgestone, but that’s about it apart from the tests in the lead-up.”

With Australian Superbike Championship victories in 2009 and 2012, Waters is eyeing a return to the ever-improving ASBK fulltime in 2017. He’s using this year to reestablish himself in the one-off Japanese races before aiming to spark his career again next year.

“Next year I want to race again, the ASBK is getting better and I’d love to race back in there,” he added. “I’m not giving up, I feel like on the weekend I did alright, and it’s good to be doing what I’m doing. At the end of last year I was down in the dumps

Until then, at this stage in his career, Waters has taken on a more usual role in his life back at home in Mildura, largely focused on coaching at Champion’s Ride Days events and a newfound dirt track school in his hometown, utilising DRZ125 machinery in a safe environment.