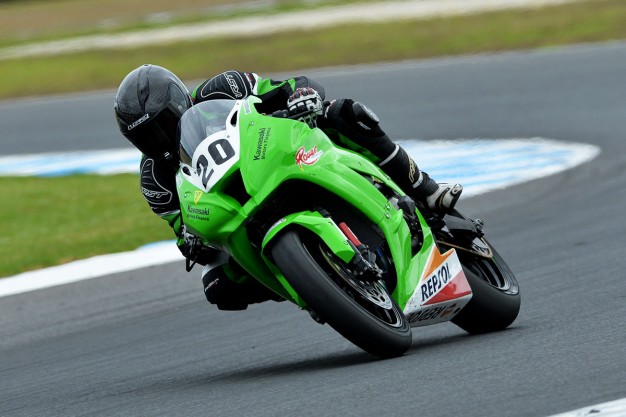 Why have you opted to focus on the Australasian Superbikes for 2016?

Well it was the championship that we were always going to do from the start. Our little shop doesn’t have the bigger budget to do two championships and we were always committed to do the Australasian Superbikes. We obviously want to do as many of the ASBK rounds as we can, but we had our plans drawn up in January, so we just had to go with what we did.

Why is the latest Ninja ZX-10R such an improvement over previous versions?

Probably the brakes and the front-end, which is a major factor. On last year’s ZX-10R I did struggle a lot with the brakes and set-up wise, which did hamper me a bit through mid-corner. It definitely has a better chassis, so the handling is a lot better than last year’s bike. Just the adjustability with the new rules brought out, it has proven to be a better bike to suit my riding style and I’ve been able to adjust it to my riding style to be able to ride it at its best.

Why do you like the Mallala round of FX-ASC coming up this weekend?

Mallala is always a good track to race on. It’s very technical with the braking side of things, there are low- and high-speed corners. On top of that you always seem to get a good crowd at Mallala. It’s always nice to go over to South Australia for a bit of a drive and get off the eastern seaboard. People are always very friendly and it’s just a good event with a good atmosphere. 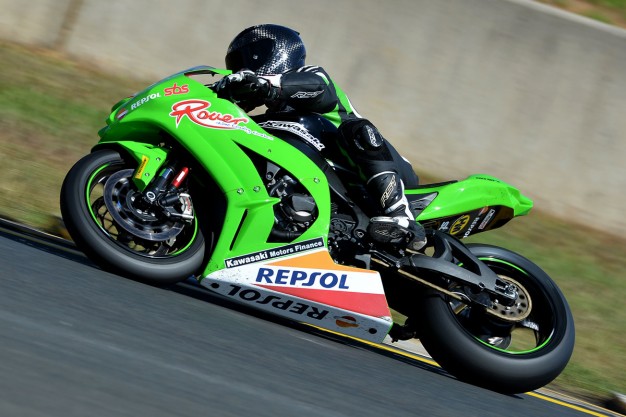 Why can you go on to reclaim the ASC number one plate this season?

I think I definitely have one of the best bikes out there. On top of that I have had 12 months now with my arms being done from arm-pump up surgery. I have spent a lot of time on this new ZX-10R after Phillip Island and we have managed to set it up pretty well now. I think my riding is starting to come back to where it used to be. It’s taken me a little while, but I keep on pushing and not making any mistakes and slowly getting back to the front of the field in whatever championship that may be.

Why are you also entering ASBK rounds throughout the year?

That is a difficult one actually. Although some of the teams did leave the Australasian Superbikes, it’s also nice to race against the factory teams and some of the competitors. They’re two really strong championships and I don’t want to just compete in just one and miss out on racing in the country. It’s what I try do as a sport and the more I do, the better I get at it. It’s something we need to look at next year, whether we will be here or overseas, but I definitely do like racing in Australia and as much racing I can get, I’ll do it.