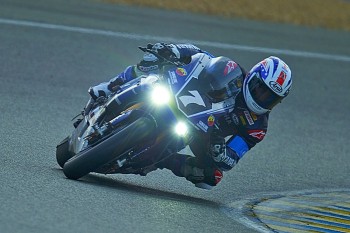 Yamaha has announced that it will compete in the 39th Suzuka 8 Hours from 28-31 July with two official factory teams, including the defending champion Yamaha Factory Racing Team.

Yamaha Factory Racing Team and the YART Yamaha Official EWC Team will use a YZF-R1 specially developed for the Suzuka 8 Hours this year.

Riding again for the Yamaha Factory Racing Team will be Katsuyuki Nakasuga, the defending champion and current holder of four consecutive titles in the pinnacle JSB1000 class of the All Japan Road Race Championship.

He will be joined by MotoGP regular Pol Espargaro, who put Yamaha in pole position last year with an incredible flying lap, despite it being his first time to race at Suzuka and aboard the YZF-R1.

The two star riders that helped bring Yamaha its stunning Suzuka 8 Hours win last year will be joined by Alex Lowes, who rides for Yamaha in its return to the World Superbike Championship this year.

As for the YART Yamaha Official EWC Team led by manager Mandy Kainz, it will field Australian team regular Broc Parkes, who is competing this season in the Endurance World Championship, and Kouta Nozane and Takuya Fujita.