Yamaha Racing Team’s Wayne Maxwell became the third different championship leader in this year’s YMF Australian Superbike Championship (ASBK) after he guided the YZF-R1M to a 2-1 result at last weekend’s Barbagallo Raceway round. CycleOnline.com.au caught up the ‘Wayne Train’ to find out how his weekend panned out in the west. 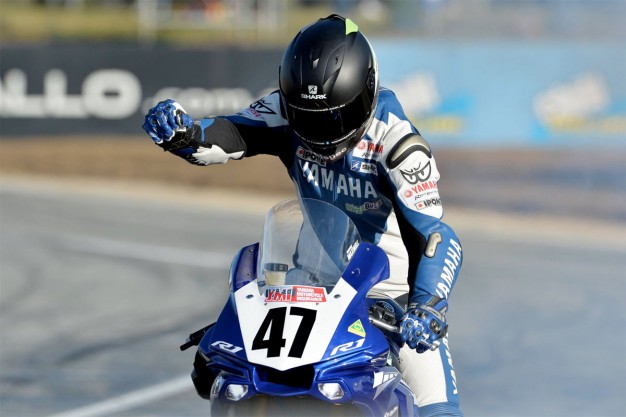 Wayne, well done on a great weekend, where you have taken out the overall round here in WA. It’s great result with a 2-1 and you now have the championship lead, so you must be pretty happy…

Yeah, to say that I’m happy is an understatement. To come to one of the tracks where I thought I would be happy to just to keep the guys within sight and after the start to the weekend that we had, to come away with a second and battle for the win and win the second race is awesome. It’s a full credit to everyone in the Yamaha Racing Team, I’m just the guy who goes up there [on the podium], but without all the guys in the team, if I had to make all the decisions I would be no good. I have good people around me and I’m lucky they give me a product week in, week out that can win races.

You had a good battle for the lead in both races and obviously missed out on the win in the first race, but what helped you to make that step forward to win the second race?

We didn’t change anything. I knew Mike [Jones] and anyone was going to be difficult to pass. I didn’t want to lead the race as long as I did, but I passed Mike early, and I thought it’s a long way to lead. At one point I didn’t know if I was going to make the end, I was going to pull over and have a rest – I was wrecked [laughs]. I just kept chipping away and not making any mistakes and it was enough to get the job done over my teammate Glenn [Allerton] in the end.

You had a big crash early in the weekend, which you mentioned on the podium. Tell us about that? It must pretty good to get this result, considering you were carrying a few injuries.

Yeah, I’m just really tight on my right side and on this track it’s so physical, so difficult to man-handle the beast around. The RACESAFE guys got me all strapped up, my shoulder, and it’s just strong enough. Any more laps I reckon I would have collapsed and just handed it over. The challenges are still to come for the rest of the year, so let’s see how we go at Morgan Park. 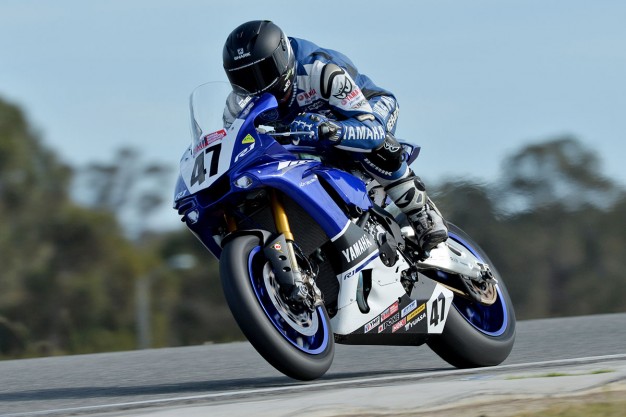 It looks like you guys at Yamaha Racing Team just continue to make progress with the YZF-R1M – more and more it looks like the bike to be on. Glenn is obviously strong, so is Mike on the Ducati as he is proving now as well, though do you feel like you are getting more and more out of your bike?

We are making improvements all the time and hopefully there still more to come according to the boys. They do their job at the workshop and bring the product to the track, then we test the bike and give the information back. It’s a great partnership which is starting to develop here in the team. Glenn and I have been working away on the bike, getting it better and better all the time, so there’s good signs and more to come hopefully.

What’s your thoughts on the Barbagallo round?

Yeah, it has been a great event. Being able to interact with the fans has been great, there is a huge amount of crowd in the pit straight here, in the hard braking area. It was good for them and I hope everyone enjoyed it, because we certainly enjoyed having a big crowd here.

No worries! Well done, we’ll see you at the next round.