Key factors we've picked up on so far this season.

The 2016 Yamaha Motor Finance Australian Superbike Championship presented by Motul Pirelli has been fascinating to cover so far this season. Racing across the board has been fierce – as it usually is! – and the industry is right behind what Motorcycling Australia (MA) is attempting to achieve. Here are some of the standout topics we’ve identified to date. 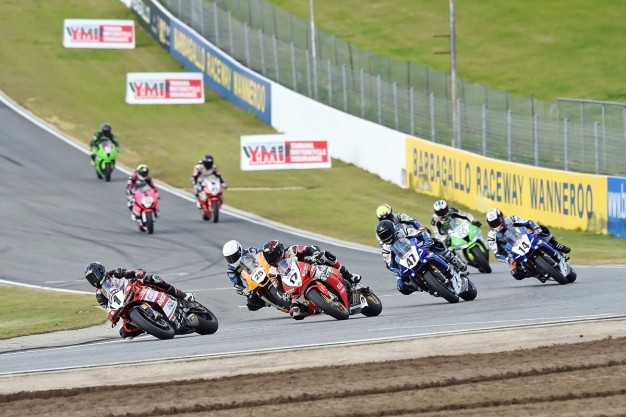 1. R1 is the class:
It’s increasingly appearing that the 2016 ASBK title hunt will come down to Yamaha Racing Team teammates Wayne Maxwell and Glenn Allerton. They’re first-class riders, the YZF-R1M is coming along all the time, and they’re inching away as the rounds wind down. And when you factor in the form of other R1s on track, it looks to be the bike to be on with Yamaha’s national support.

2. Jones is coming:
Over the years plenty of people have pointed the finger at Mike Jones’ privateer ZX-10Rs as the fastest bikes on the grid. And rightly so. But now, on board the Ducati 1299 Panigale S (and still only weighing 60kg), he’s shown he is the real deal regardless of outright power. The way he’s adapted to the twin, developing it alone in a single-rider squad to win a race, is impressive.

3. Harder times at Honda:
It’s been incredible the way that Crankt Protein Honda has been able to continually extract the most out of the CBR1000RR and SP variant over the years, however with Yamaha in its second year developing the current R1 and DesmoSport Ducati putting together a top team with factory support, it’s clearly getting harder for Troy Herfoss and Jamie Stauffer to contend on the aging model.

4. New breed emerging:
One thing that’s becoming increasingly apparent is that the younger crop of Superbike racing are establishing themselves in the premier class. Mike Jones, Daniel Falzon, Brayden Elliott and Michael Blair (when he’s here) are all extremely competitive.

5. Bayliss slots in:
You have to hand it to Troy Bayliss, he just loves racing. And he’s really buying into this whole ASBK rebuild, even if his company isn’t actually going to takeover the series promotion in 2017 as planned. Whether it’s working within his DesmoSport Ducati team, helping the Cube Racing crew or doing his two-up thing, he’s all over it and genuinely involved. 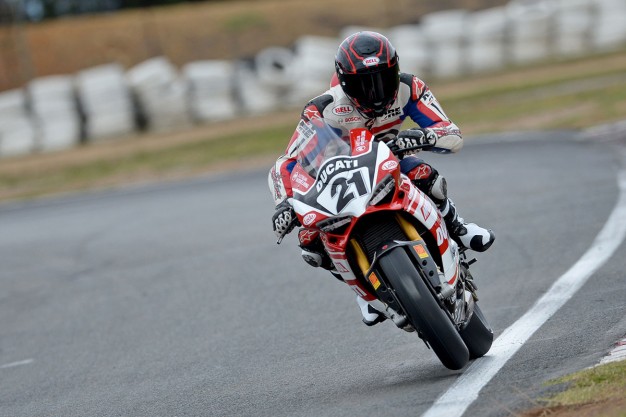 6. Supersport showdown:
Between the likes of title leader Sam Clarke, Troy Guenther, Callum Spriggs and Luke Mitchell, among others, we’ve witnessed some quality Supersport action so far. And to see these younger racers step up as winners on professional private teams has been brilliant.

7. Media presence:
Between the television that’s being created each round and an assortment of industry and mainstream media attending each round, it’s created an additional spark for the series in 2016. It can always be better because you can never get too much exposure, but it’s been positive.

8. Supporting acts:
While the Superbikes deservedly take the majority of headlines, Supersport has been quality (see point six) and the mixture of remaining support categories has been good. Production is a winner, the R3 Cup is proving to be another popular entry-level class (albeit obviously similar to Proddies) and the Moto3/125GP field was stacked last weekend. They’re all filled with top talent, too.

9. The tracks are okay:
When the ASBK was in its first rebuilding phase last year, it was out of the ordinary to travel to the likes of Morgan Park, Barbagallo and Symmons Plains. However the addition of Sydney and removal of Tassie this year has added more balance, most seem to embrace the trip to WA – and the fans get right behind it – and Winton’s an old favourite for some now back on the schedule.

10. Two-up experiences:
When you have the likes of Troy Bayliss, Shawn Giles, Steve Martin and current factory racer Jamie Stauffer at the controls, there’s no wonder that ASBK VIPs and fans are getting the ride of their lives on any given race weekend. Here’s a tip though, if you get the opportunity, request to go on the Ducati of Bayliss – it’s well set-up for two-ups and he’s a madman!