Cruisers have always been bikes I’ve enjoyed riding but could never live with. I still want thrills on the road – less and less occasionally as each year passes – and only ever really have a dig on a closed circuit. I’ve grown sensible with age it seems, and so has Ducati by building their first true cruiser, the XDiavel. Not.

Ducatisti will argue about models such as the Apollo and Indiana being first, but when it comes to feet forward, wrists to the breeze Ducati hasn’t made a bike like this before. I’ve ridden a lot of Ducatis over the past 25 years and this is the first time that I’ve missed the footpegs not once, not twice, but three times when riding away as I did on the XDiavel S for the first time. This is a cruiser alright. If you have to put it into a sub-class you’d call it a power cruiser. There are a few cruisers on the market these days that have a slightly sportier ride positon – sportier than laid back cruisers anyway – as well as sportier rubber sizes, sharper brakes and a punchier engine. Maybe it was lost in translation, but Ducati took all these aspects of sporty cruiser is meant to have and, with a big dose of performance enhancing substances, built the XDiavel. 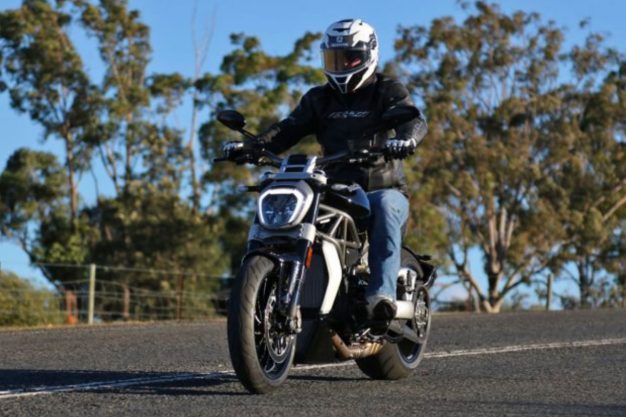 The engine is a new version of the DVT eight-valver that debuted on the Multistrada 1200 that we rode at the world launch last year. Made ‘pure’ for the road, the DVT system smoothens out the rough stuff a V-twin delivers in the bottom–end and then morphs through the rev range to deliver that characteristic V-twin style where it is best. Essentially, it gets rid of the ‘bad stuff’ a V-twin does. In the XDiavel the new engine has been designed to make the most of those characteristics and deliver maximum torque at just 5000rpm – all 128Nm of it. It is a truly gut-wrenching experience and, with a big, flat powerband that runs out to the rev limiter, you’ll easily loft the front-end in the first three gears or loose your licence in a heartbeat or twenty. And it’s a cruiser.

In delivering 116kW along with 129Nm torque to propel the 220kg machine, Ducati engineers increased displacement by stroking the engine 3.6mm from the Multistrada 1200 – there’s lot more to it in the details though. As a cruiser has a lot to do with looks, Ducati hasn’t neglected in cleaning up the eight-valve engine that usually hides behind a fairing. The water pump has been relocated to clean up sight of the pipes and the engine has a gloss finish – on the S model – with some nice keylines around the cam belt covers. As far as electronics go, the XDiavel has the latest generation Bosch IMU that makes it possible to run Ducati Traction Control (DTC), Riding Modes, Bosch Cornering ABS, Cruise Control and the Ducati Power Launch (DPL) – or launch control. Sounds like a superbike, hey?! No matter which XDiavel you are riding, both models get all this beaut stuff. Where they differ is that the S gets gloss black instead of matt black on the engine, DRL (Daytime Running Light) at the front, forks with DLC coating, Brembo M50 Monobloc calipers, a special seat, alloy wheels and aluminium cam belt covers. The rest of it is the same between the two machines. 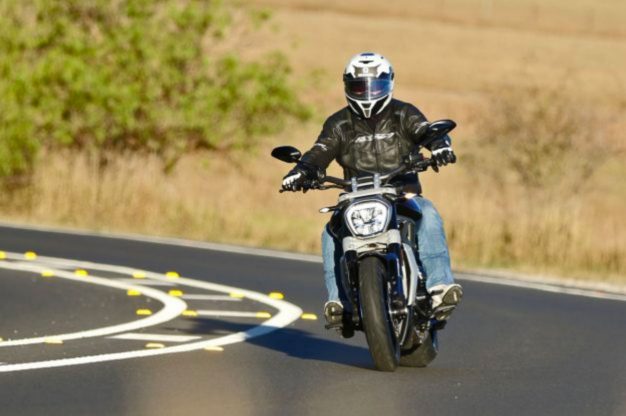 Unlike the Diavel, the XDiavel has the riding position of a true cruiser – wrists, toes and knees in the breeze. The seat is low and the footrests forward: they can also be adjusted to three different positions with big variation on each position. Ducati offers a mid-ship footpeg – a proper sporty position that the ergos would comfortably accommodate. The pillion seat, though not tested, doesn’t look big enough to comfortably fit a child. It looks good though, and there are accessory options to better accommodate another person. At the other end the XDiavel has a Thin Film Transistor (TFT) dash with four different display modes to suit the mode setting, daytime running light and keyless ignition. They are premium features you don’t often get on a base model cruiser and, apart from the running light, the base-model gets this stuff too.

The XDiavel chassis is a tubular steel trellis frame that uses the engine as the main stressed member. On 17-inch rubber, the rear 8-inch wide wheel gives the XDiavel its striking looks. Unlike so many big-wheel reared cruisers I’ve ridden, this one handles with the sporty precision of a roadster, and even better than some nakedbikes. It’s easy and quick to roll from side to side, precise on corner entry, stable on corner exit. The harder you ride it, the better it gets. There’s not too much power, or not enough brakes or handling to get this machine tied in knots. It rides like a nakedbike and is brilliantly controlled with amazing amounts of ground clearance. Yep, this is the only cruiser Ducati could have built, that’s for sure. 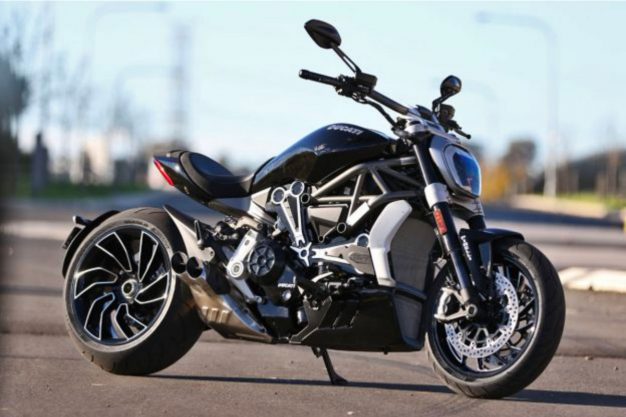 In line with a couple of Ducati’s other roadbike model lines, there are three accessory package options available for the XDiavel that include an assortment of genuine accessories each tailored to a different theme – Sport, Touring and Urban. They offer better value than buying individually out of the catalogue and they look to include the kind of accessory options you’d expect XDiavel riders to go for first. The Sport package includes more forward-positioned handlebars, billet aluminium filler cap and forged aluminium wheels, Touring has a comfort seat, tank bag and bikini fairing while the Urban pack includes oil tank cover, countershaft sprocket cover, handlebar end weights, billet aluminium frame plugs and carbon fibre frames on the radiator. Each of these items are available individually along with a heap of other options.

Also, like you’d expect with any top-of-the-line cruiser, there’s a good apparel range and, being Italian, it’s only the best. Aldo Drudi – the same bloke that does Valentino Rossi’s stuff – is involved as is Dainese, Spidi, TCX, Baruffaldi, Braccialini and Arai. There’s a lot of stuff here you wont be seeing on a bike! The XDiavel is priced at $32,490 while the base model retails for $27,490. Without riding the base model but knowing where it differs from the S, there is still no match for the level of performance and handling the XDiavel delivers. Yes, it’s a cruiser, a power cruiser at that, and done the only way Ducati knows how with sporting the crux of everything it does best.