Eight racers taking on new challenges for next season.

We’re going to see a very different grid when the 2017 MotoGP World Championship takes off next year, from the top of the field all the way throughout. Not even halfway into this year, CycleOnline.com.au counts down a selection of switches already announced. 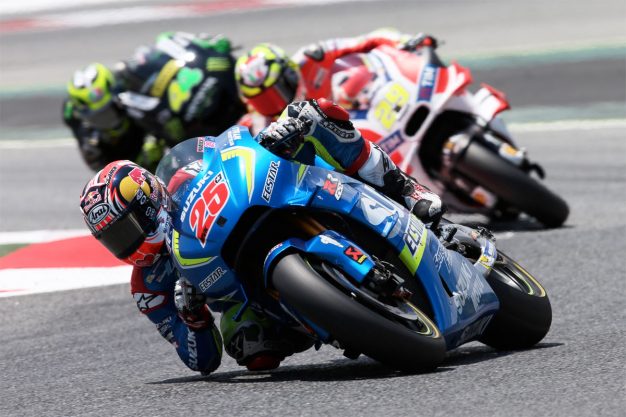 8. Bradley Smith to KTM Factory Racing:
With Yamaha moving Bradley Smith on from the Tech3 team to continue its target of developing emerging talent, his signing at KTM Factory Racing was announced all the way back in March. It’ll be interesting to see how he and the bike fare in its early development stages, especially since its a brand new manufacturer in the mix.

7. Sam Lowes to Aprilia Racing Team Gresini:
It was announced late last year that Sam Lowes had signed a three-year contract with Team Gresini, firstly for a full season in Moto2 in 2016, before transitioning to MotoGP for 2017 and 2018 riding the factory Aprilia RS-GP. A world title this year would go a long way for Lowes, currently eight points behind Alex Rins.

5. Pol Espargaro to KTM Factory Racing:
Like teammate Bradley Smith, highly-rated Spanish racer Pol Espargaro will swap from the Tech3 squad to KTM Factory Racing for the next two years. He should be able to extract the most from the RC, so he will be hoping the brand new bike’s quickly up to speed and he can keep progressing in his career. It’ll be interesting to watch. 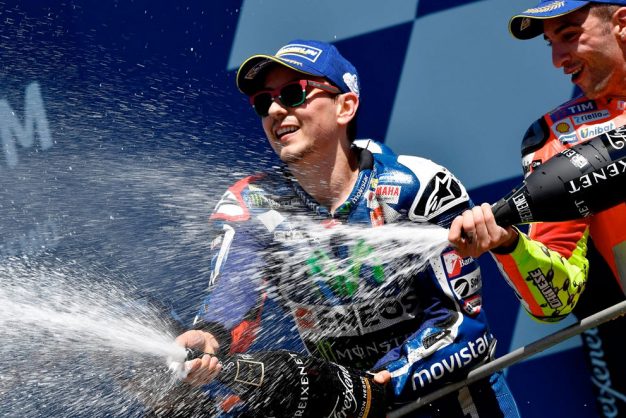 4. Andrea Iannone to Team Suzuki:
We’ve seen Andrea Iannone display sheer speed for a number of seasons now, both as a factory and, before that, a satellite rider at Ducati. Replaced by Jorge Lorenzo after the Italian factory opted to retain Andrea Dovizioso alongside him, Iannone will be sure to charge hard – as he does – aboard the Suzuki and it’ll be interesting to see this transition. In fact, if they mesh completely, this could be one of the surprise combinations of the season.

3. Alex Rins to Team Suzuki:
After losing one top young talent, Suzuki has landed on its feet by securing current Moto2 title leader Alex Rins to ride the GSX-RR in 2017 and beyond. If the bike peaks during Rins’ time on the team then podium results will be coming their way, even potential wins. Give him time to settle in, but this is a good move by Rins as a factory rider, especially considering the increasing difficulty of being a front-runner on any form of satellite machinery.

2. Maverick Vinales to Movistar Yamaha:
Following two stunning seasons at Suzuki in the premier class, Maverick Vinales will partner Valentino Rossi at Movistar Yamaha for the next two years. It’s his best chance to capture the MotoGP World Championship, but it won’t be easy by any means. With better equipment comes additional pressure, but he’s shown he’s more than capable of contending toward the front of the MotoGP field. Now, wins will be essential and a championship campaign has to be around the corner.

1. Jorge Lorenzo to Ducati Team:
It was the major move of the silly season and after much speculation, world champion Jorge Lorenzo’s swap from the comforts of Movistar Yamaha to Ducati was made official mid-April. He’s been with Yamaha since his MotoGP debut in 2008, so this challenge of taming the Desmosedici GP will be one of the biggest in his career. As long as he gels with the bike, which has shown much promise of late, this could be the brand’s best chance yet of a world title since Casey Stoner in 2007. Or it could be an absolute disaster.