Winning Assen's just a preview of what's to come in MotoGP for Miller.

Seeing Jack Miller rally to his first-ever MotoGP race victory at Assen’s Dutch TT on Sunday is something that I’ll remember vividly for a long, long time. Probably forever. It was the surprise of all surprises, but probably shouldn’t have been. And those who did think ahead, considering the conditions, won big with the bookies.

You see, Miller made a name for himself by taking full advantage of limited opportunities to shine in the world championship on relatively inferior equipment. In Moto3 early on there were the crashes, the flashes of brilliance, and – in the end – an eventual title challenge with 10 podiums including six wins, as well as eight poles on his way to second in the world during 2014.

Since then, many have been quick to dispel Miller as a legitimate premier class contender in the future. His bypassing of Moto2 last year was a massive gamble, especially to ride the notoriously difficult Honda, but when you consider that he’s somewhat shaded 2014 Moto2 champion Tito Rabat in the same squad this season, his potential is still evident.

They say it’s easier to tame a fast racer than make a ‘slow’ rider fast, which holds true for Jack. He’s not always been particularly quick this year as confidence has wavered and he’s battled that broken leg sustained in the pre-season, however there’s still one more year remaining on his Honda Racing Corporation (HRC) contract in 2017 and he’s staying put at Marc VDS. 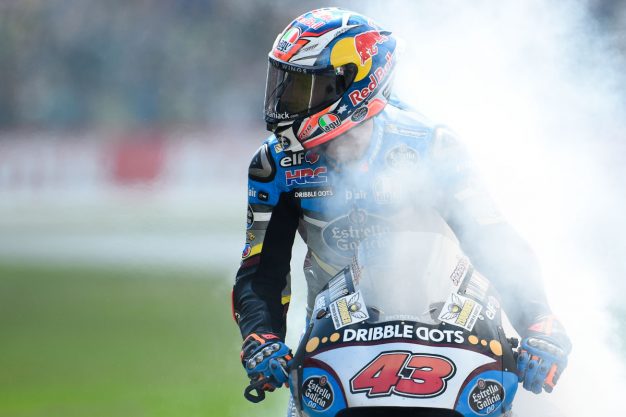 When comparing 21-year-old Miller to 27-year-old rookie Team Estrella Galicia 0,0 Marc VDS teammate Rabat, the stats fall the Aussie’s way. Out of the seven races contested each (both have missed one), Jack’s out-qualified Tito on every occasion they’ve done battle. That’s always an important statistic to focus upon.

Out of the six races they’ve been in together (Miller missed Circuit of the Americas, Rabat missed Mugello), Miller has gotten the upper-hand on four occasions – every time both of them have finished. He crashed out in Argentina and France, which was a crash-marred race both of them bowed out in at Le Mans.

It’s been a confidence-inspiring couple of weeks for Miller, coming off a maiden top 10 at Catalunya and then going on to win at Assen. Sure, it was wet and there were many crashes, but the conditions were the same for all and he mastered them better than any other MotoGP rider on the grid. Including title leader Marc Marquez, who finished a couple of seconds behind him.

From over here it’s difficult to say just how ‘factory’ Miller’s RC213V is in comparison to the official Repsol entries of Marquez and Dani Pedrosa, but regardless, due to his Dutch TT result he’s now third highest of the Hondas in the standings and above both good mate Cal Crutchlow (LCR) and Rabat on the remaining satellite rides. 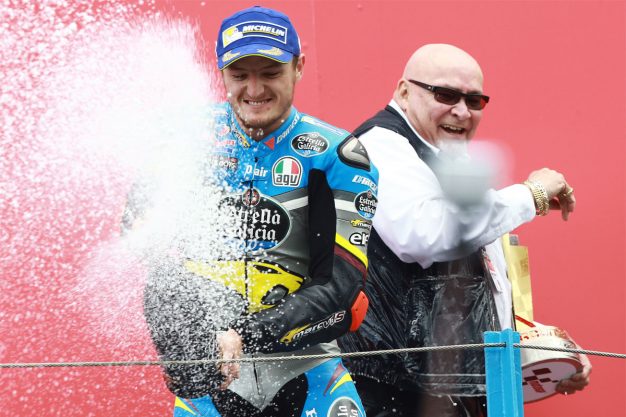 It was refreshing to witness the brace of social media support thrown Miller’s way post-win on Sunday and into Monday here in Australia, so let’s keep that going and get right behind our lone regular on the MotoGP grid. Jack’s not a world champion just yet, but he is the closest we have to it in this era and is now a premier class race winner!

You could see the raw emotion through Miller in the post-race interview that aired live around the globe. This will lift a huge weight from his shoulders in justifying HRC’s decision to move him directly from a 250cc to 1000cc a couple of seasons ago, simply because of the sheer talent he displayed during that memorable campaign with KTM.

We can’t underestimate the challenges that Miller’s faced over the past year and a half at the most elite level of the sport and it’s results like Assen that will do wonders for his future. He’s copped much criticism at times, although he’s doing what he has to do, keeping his head down and increasing his off-bike preparations in the process. The best is coming.

Racing’s a true mental game and if Jack begins to really believe he belongs on the grid with Valentino Rossi and co (which is easier said than done), he stands every chance of becoming more than a one-time race winner at this level. And I, for one, am certain that he will.