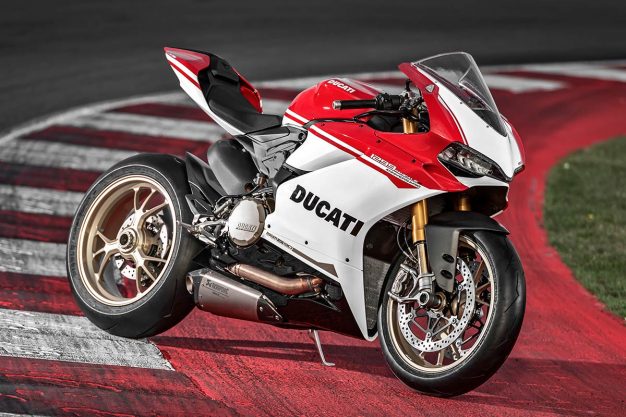 No more fitting place could it be than at World Ducati Week 2016 for Ducati to release its new 2016 Ducati 1299 Panigale S Anniversario – a machine that pays tribute to the Italian manufacturer’s 90th birthday this year. Two-times MotoGP world champion Casey Stoner and Ducati’s CEO Claudio Domenicali unveiled the bike in front of thousands of Ducati fans that had made their way to the Misano World Circuit in Italy for the event.

The new 2016 Ducati 1299 Panigale S Anniversario will be limited in production to 500 bikes with all-new colour scheme and additional technical features over the 1299 S Panigale it is based on. Inspiration for the 1299 Panigale S Anniversario’s colour scheme was drawn from Ducati race bikes with white, black and Ducati Red fairings complementing its special Marchesini gold wheels. Additionally, each top triple clamp is laser-etched with the bike’s unique production number of 500. 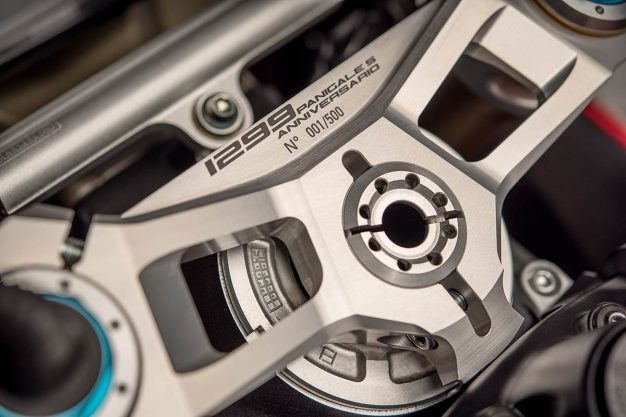 The electronics on the 1299 Panigale S Anniversario incorporates traction and wheelie control, representing a major evolution of such systems; hence the name Ducati Traction Control (DTC) and Ducati Wheelie Control (DWC) EVO. Both systems maximise performance and active safety on the Italian Superbike. In addition to the new DTC and DWC EVO, the bike also features Bosch Cornering ABS plus the Ducati Quick Shift (DQS) system. 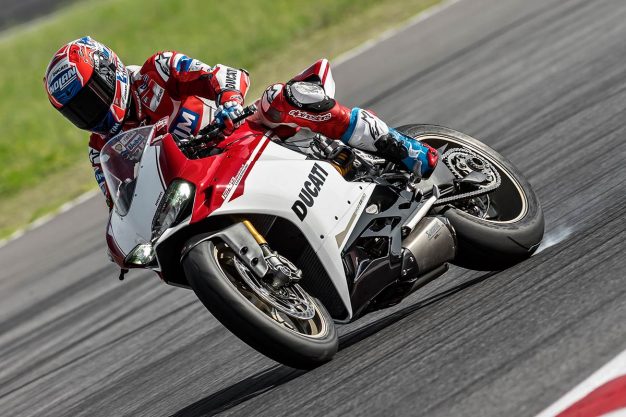 The 1299 Panigale S Anniversario also features TFT (Thin Film Transistor) instrumentation, as well as customisable Ducati Riding Modes (Race, Sport and Wet). To emphasise the sports performance of the machine and of course Ducati’s history, the bike comes with a racing kit consisting of an Akrapovič Racing exhaust in titanium, billet aluminium mirror block-off plates, and a cover for the hole created by removing the numberplate holder. A battery charger is also provided. 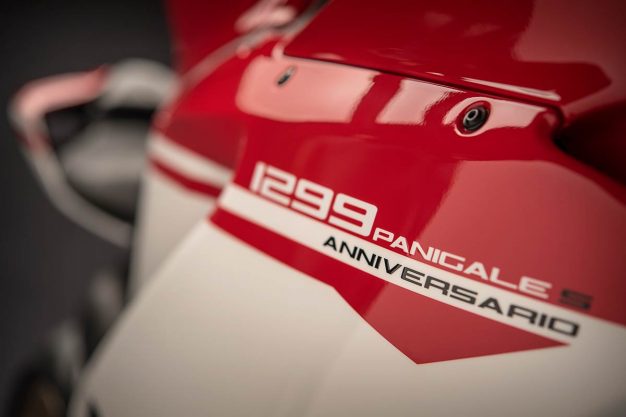 Ducati has announced that the 1299 Panigale S Anniversario will roll out in dealers around the world starting in the second half of July, but we are awaiting confirmation of when that will be for Australia. In the meantime, for more information on any machines in the range, visit your local Ducati dealer or head to www.ducati.com.au.