Some of the most notable twists of the 2016 season.

We’re reaching the business-end of this year’s Motul Superbike World Championship with the series heading to the famed Laguna Seca, United States, for round nine of 13 this weekend. CycleOnline.com.au takes a look at some of the major factors of 2016 to date. 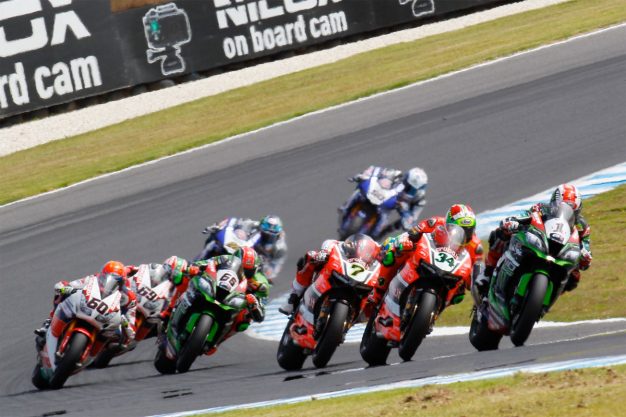 1. Consistency of Rea:
Defending world champion Jonathan Rea hasn’t been off the podium across the first eight rounds, with seven wins to his credit and a handy 66-point advantage in the standings. Aboard Kawasaki’s latest ZX-10R, he’s been a class above and gets results on the board even when it looks like he’s not going to be able to. Pure class.

2. Ducati’s challenge:
While Kawasaki has set an extremely high benchmark, Ducati has piled on plenty of pressure this season. Chaz Davies has four wins riding the Panigale R – doubles at both Aragon and Imola – and is third overall, but has lacked the consistency required to really bother Rea. Aside him, Davide Giugliano has been on the rostrum four times, and sits directly behind in the standings.

3. Hayden arrives:
His MotoGP title win may have come a full decade ago, but that doesn’t mean there wasn’t plenty of hype surrounding American Nicky Hayden’s arrival in WorldSBK at Honda. Teamed with the talented Michael van der Mark, Hayden took a hugely popular win at Sepang and will add much interest to the US round coming up.

4. Yamaha in development:
With strong results worldwide in national championships, there was a lot of hope for Yamaha’s official return to the world championship with the latest YZF-R1, but it hasn’t been that rewarding so far. Alex Lowes is down in 10th at this stage and Sylvain Guintoli’s been out injured since Imola – neither landing on the podium by now. Success will come though.

5. Sykes dominates Donington:
A double win isn’t uncommon in WorldSBK by any means, but for Tom Sykes, the fact that he’s raced to four doubles – eight race wins – in succession at Donington Park is incredible. Only Carl Fogarty at Assen between 1993-1996 has matched that record, signifying just how rare his achievement is at home. 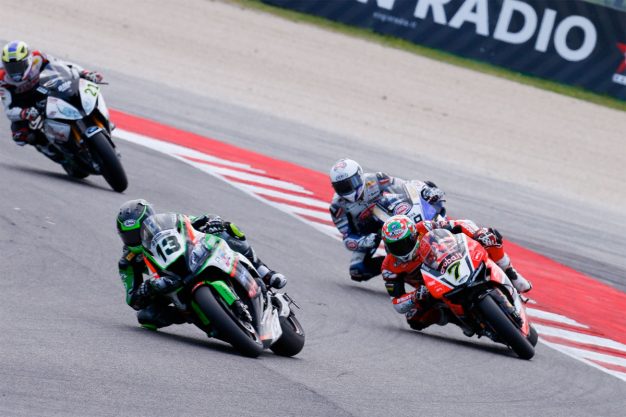 6. Hard times for Brookes:
As the reigning British Superbike Champion and remaining with his Milwaukee-backed squad, we had high hopes for Josh Brookes finally back in the world championship on a top team, albeit not factory. But the move from Yamaha to BMW has been more than a challenge, leaving him down in 14th for the year so far.

7. Torres top of the BMWs:
Spanish talent Jordi Torres has been surprisingly strong aboard the Althea BMW this year, after coming off the factory Aprilia last season. Now seventh in the championship standings and with a best result of fourth at Imola and Sepang, he’s not far outside of the top five.

8. MV vs Aprila:
A fascinating battle this season has been that between MV Agusta and Aprilia. The experience of Leon Camier at MV is no doubt paying off as he’s ranked eighth in the championship, just one place/five points in front of rookie standout Lorenzo Savadori riding the Ioda Racing RSV4. It’s also tight in the Manufacturer points.

9. Ant West shines:
When Queensland international Anthony West got the call-up for Sepang at Pedercini Kawasaki, few expected the form he’s shown so far with the privateer squad. Part of the team since, he’s been well in the points every race and scored that memorable fifth in race two in Malaysia.

10. Hook and Grillini split:
Following his best showing of the year in Malaysia with a pair of points, it was a surprise to see Grillini Racing had opted to replace Josh Hook for the rest of the season. It resulted in a bitter war of words between the Aussie and team owner, but Hook has since rebounded with a BSB ride at Team WD-40.