Obviously from an Australian perspective, of late it’s been all about Jack Miller following his miraculous Assen victory. It’ll be interesting to see if it does in fact boost interest in the season here locally as we move onto Sachsenring this weekend.

Of course, a second win is a really long-shot at this stage in Miller’s career on an Independent Team (he was the first non-factory rider to win in a full decade!), but it’d be impressive if he could go on and make it three top 10 results in a row. 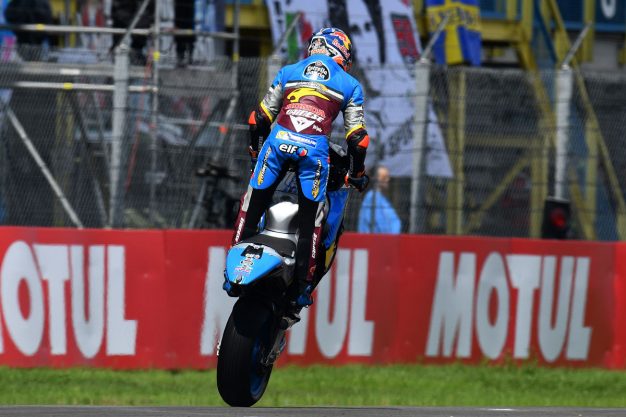 Up until the Barcelona round Jack hadn’t actually finished inside the top 10, so coming off the back of 10th at Catalunya and the Dutch TT win, we could be witnessing the momentum shift that would do wonders for the Aussie’s career.

At this point the pressure on Miller’s shoulders must be massively reduced, not just because of his shock victory, but also because he’s a done deal at Estrella Galicia 0,0 Marc VDS for 2017. His Honda contract has a year left to run, but continuity is key in the same team for another season.

Interestingly, the European press is reporting that Miller’s crew chief Cristian Gabbarini could be headed to Ducati with Jorge Lorenzo next season. There have been whispers from some time that such a move would be on the cards, but we will wait and see. If so, it will reunite Gabbarini with Ducati and also official test rider Casey Stoner. 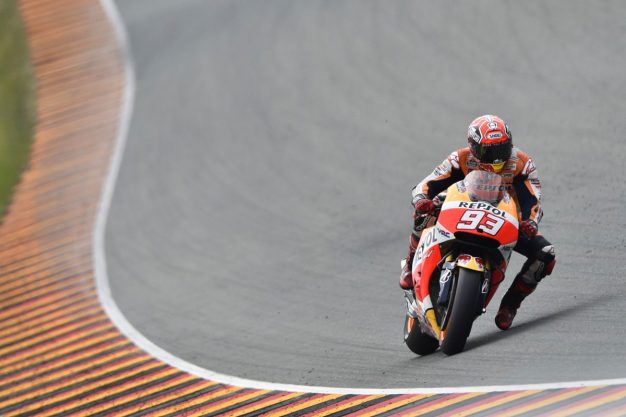 Looking to Sachsenring’s round this weekend just quickly, it’s no doubt a happy hunting ground for Repsol Honda’s current world title leader Marc Marquez. He has taken pole, won the race and set the fastest lap on all three of his MotoGP World Championship visits to Germany.

A calculated second place at Assen sees two-time champion Marquez carry a 24-point advantage into Germany over defending champion Lorenzo, who salvaged 10th in the difficult conditions last time out. As for Yamaha teammate Vale Rossi, he’s 42 points behind Marquez and 18 behind Lorenzo.

Last season at Sachsenring saw Marquez and Dani Pedrosa go 1-2 for Honda, while Rossi rounded out the podium ahead of Lorenzo in fourth. Miller, meanwhile, was 15th last season at a circuit he also won at in Moto3 during 2014, so as a former IDM champion he will be carrying high hopes into this round.