ASBK contenders look ahead to next circuit on the schedule.

When the Yamaha Motor Finance Australian Superbike Championship (ASBK) presented by Motul Pirelli reaches Morgan Park Raceway in Queensland on 5-7 August, it will be a new venue for many of the nation’s front-runners. CycleOnline.com.au rounded up a selection of the factory riders to get their thoughts prior to testing pre-race. 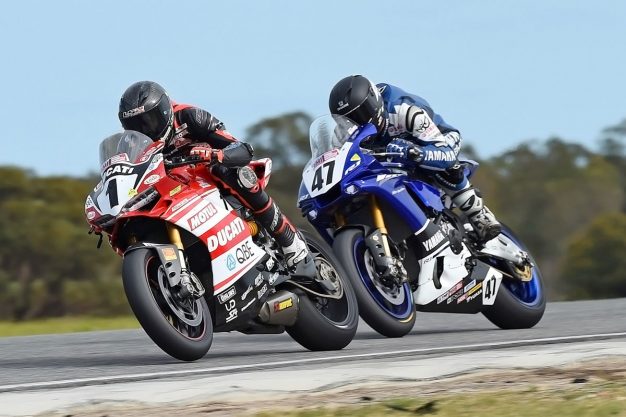 Wayne Maxwell (Yamaha Racing Team):
I’m super-excited to take on the challenge of a new track. In terms of the top guys, apart from Mike [Jones], I don’t think anyone’s really ridden there, so I’m looking forward to it. It’s a great test of where I’m at with my riding when you consider things like going overseas to do some races, turning up to a track and having to learn it and be on pace with guys that have raced there before, but I can’t wait. I’m going in with an open mind. I have had a look at the track and written a few notes – it’s got some ups and downs, it’s bumpy, and most importantly for me it’s technical. There are places where you have to change direction with the throttle and the brake on in places, so it will be one that should hopefully suit my style.

Glenn Allerton (Yamaha Racing Team):
I’m excited about going to a new track because it’s a challenge to go somewhere new, learn the track and them push yourself while setting the bike up for the track. I went up to do a practice day a few weeks ago, but unfortunately it got rained out, so the only chance I’ve had to look at it was driving a car around it in the rain. From what I saw though it looks pretty cool, there is a bit of everything there, so for a new circuit it will be great, and for the series I think it will be a good, maybe a good turnout because it’s such a small, local town there that gets behind the circuit. It’s always good to race at places like that.

Mike Jones (DesmoSport Ducati):
I think it’s really cool having the ASBK go to Morgan Park Raceway. It’s a good rider’s track, very technical and requires a lot of skill to get around there quickly. It’s very challenging in terms of having a mixture of fast and slow turns, also the surface is quite rough, so that makes it challenging. It’s a good layout really and I do like it there. It’s a completely opposite type track to QR, which is quite difficult to get around quickly even if it is a basic layout. Morgan Park is a bit more tricky and because of that it’s harder to get around the track in general. I don’t prefer one or the other – they offer different challenges of getting around fast. 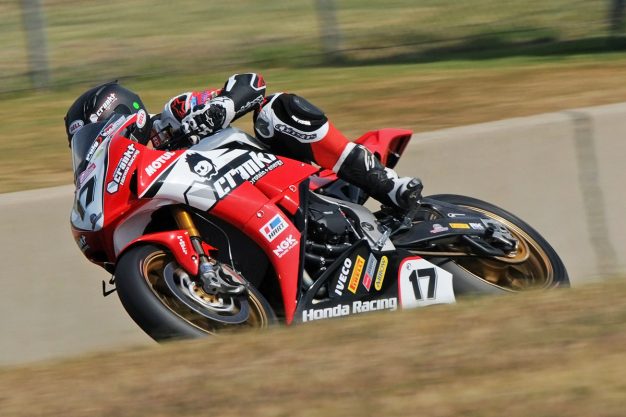 Troy Herfoss (Crankt Protein Honda Racing):
I’m pretty excited because with two rounds to go I’m still in the championship, but I have been struggling a bit the past two rounds. Going to a new track that’s new for pretty much everyone, plus it’s tight and rough, so it will hopefully suit me and definitely suit the bike. I’m definitely excited about going to Morgan Park because it might be a chance for me to get back in the hunt. I raced my pushbike out there the other day, went and had a look, and it’s undulating, tight and rough, so it will be difficult to learn. I think that will suit me because I generally pick up tracks quickly and we have a two-day test there next week, so it’s definitely a chance for me to put myself back in the championship.

Jamie Stauffer (Crankt Protein Honda Racing):
I don’t know, to be honest with you. I’ve done a couple of laps around the track and I’m not sure if it’s the best track. The layout itself is not too bad, but I can see there being a bit of carnage, for sure. I’ve not raced there, but I have ridden there, and what I can see just riding around it, it could be a bit hectic. I suppose they raced there last year, but there wasn’t that many riders in the Superbikes and they weren’t that close together – if you get some good riders going hard and close together, there’s a couple of parts on the track that aren’t real good. We will have to wait and see, I suppose.