When it comes to legendary nakedbikes, there are a few model line-ups that come to mind no matter what generation you are from. From early beginnings as Honda’s CB, Yamaha’s XJ or Suzuki’s GS, you will find machines in today’s model line-ups bearing similar, but not the same, names. But not Kawasaki: the Z is still very much alive, and for good reason.

Kawasaki’s Z1, when first released 1972, made the big bike world sit up and take notice of this Japanese shipbuilder. Honda’s CB750 had set the world alight with its big power and great handling a few years earlier, but the Z1 had more power, better handling and set the new benchmark for what the then superbike class had to deliver. 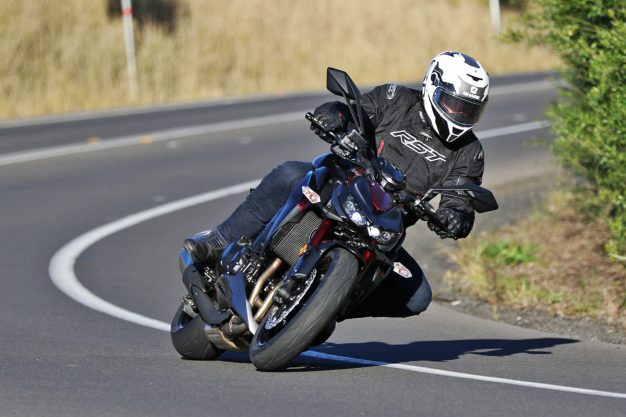 The Zed redefined high-performance motorcycling and was the first mass-production sportsbike to feature a DOHC, four-cylinder engine — technology found only on factory racers or limited production sportsbikes at the time. The 903cc Z1 was the fastest production motorcycle of its era, and it had a reputation for great reliability and durability.

It was a sportsbike, but by the mid-70s sportsbikes were becoming leaner and more aggressively styled and by the 80s sportsbikes had fairings. Fast forward 40 years and today, the new Z1000 is still the very essence of the original Z1 but more refined, controlled, powerful and beautifully styled than ever. Purists will argue about that comment on styling, but you really need to see the new machine in the metal. 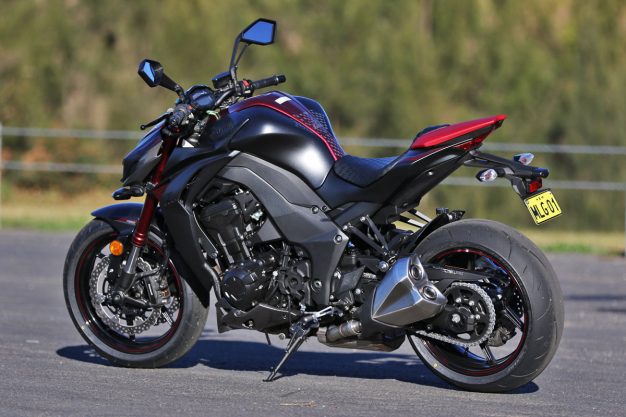 For 2016 the styling scheme you see in the photos is labelled the Sugomi Edition with a distinctive colour on the forks, tank graphics and pillion seat highlights. The effort in the details is superb – the paint is deep, and the detail touches worthy of a limited-edition or up-spec machine. There is a grey version available if the crimson red one doesn’t tickle your fancy.

Powering the big nakedbike is a similar 1043cc four-cylinder engine found in the Versys 1000 and Ninja 1000. An evolved mill from a previous generation superbike, the Zeds engine is not short on performance. Tuned for low down, useable torque the Zed effortlessly gets moving. Though there’s 105kW on tap, the real focus of the engine’s performance is the torque of which the Zed has bucketloads! 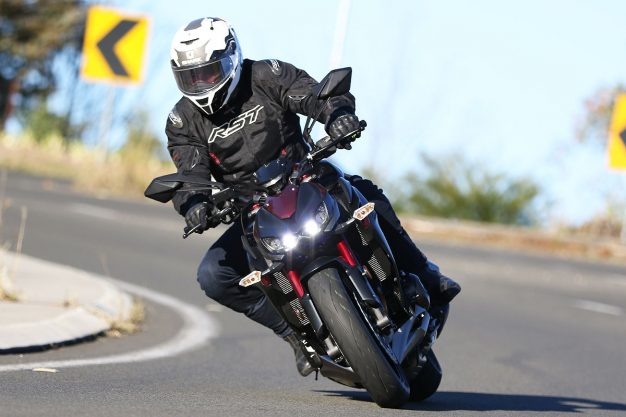 The power is hard-hitting right off the bottom-end while at the same time it is smooth and controllable. It doesn’t stop once you are on a roll and the big, fat band of torque continues to licence losing speeds – and then you click second. The superbike heritage of the engine is there in the Zed’s fast turn of speed, but the refinement that has gone into giving it a road-focussed power characteristic has really paid off for road riding.

The only other update for the 2016 model is a slipper clutch. Yep, as far as model updates go, it isn’t a big one, but Kawasaki got this machine very, very good when it was last updated in 2014 so it’s pretty much all that was needed. While a slipper clutch might seem like a small thing, it has calmed the rear-end down on aggressive corner entry or deceleration and at the same time has given a lighter actuation at the lever. 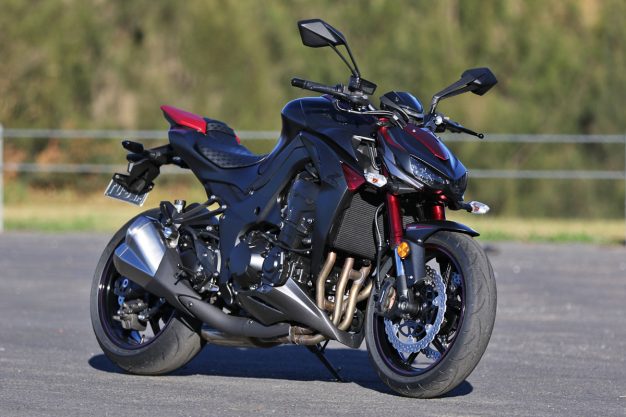 The handling characteristic of the Zed is going to suit a lot of riders. It’s not aggressive or flighty and superbly controlled on a rough piece of road. On the road, you’d have it every day of the week over its superbike sibling ZX-10R for the way it is so well-balanced in all conditions, comfortable and at high-speed, too, it is especially stable. It wouldn’t be out of place on a racetrack especially with the stonking engine to back it up.

At the end of the day it all comes down to price, and you have to look at what you get for around $15k – not much when it comes to 1000cc nakedbikes. In the case of the Z1000, there is a lot though. There’s the top-notch Showa suspension, intricate detail touches and one of the highest quality finishes on a machine at its price point. And I haven’t even mentioned the performance again.

There’s a hell of a lot to like and a lot of value in the Zed 1000. It’s a true all-rounder in terms of performance on the road and will suit a lot of riders that are past the sportsbike stage of their lives but still looking for thrills and flare every other day of the week – like trackdays and having a top-notch machine under you when you want to get up it. Sounds just like the bike I need!