It’s been close to 14 years since I first rode BMW’s GS Adventure. Back then it was the 1150 GS Adventure and, as the name suggests, it was tailored to the needs of the rider that went further or more seriously off-road – be it on the trails or in the outback. To prove its worth, at the time BMW Australia launched the bike on a meandering course through the ranges of the mid-north coast of New South Wales.

Having grown up on trials bikes, I’m happy to admit that the 1150 GS Adventure was outside of my comfort zone at the time. Once we were deep into the Barrington Tops National Park, the characteristics that made the GS a superb motorcycle on the road, delivered a machine with equally as much balance, control and comfort in any conditions off-road. In the right hands, it could easily shame trailriders on 120kg bush bashers – bikes less than half its weight. 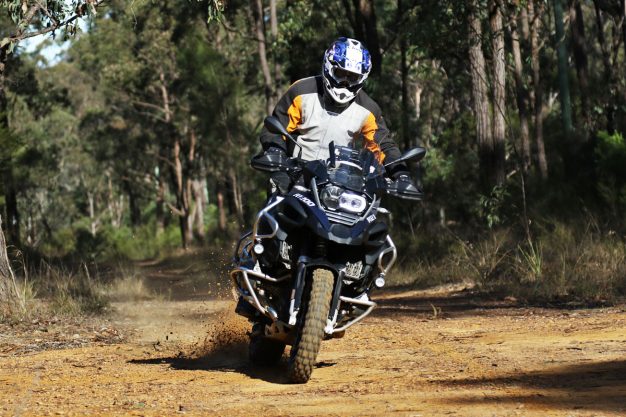 The Adventure was a lot of bike that everyone from the global explorer to the weekend adventurer could enjoy the performance of. Built off the R1150GS, the Adventure had a 30-litre fuel tank, bigger screen, longer suspension, shorter first gear, proper sixth gear – not overdrive – and would run on crap fuel. If you are a trailrider, it’s the kind of stuff you’d want to change on any bike to make it better off-road, and in a sense the changes took the Adventure closer to the hard-core focus of the original GS in 1980.

Since then BMW has continued to give both the GS and GS Adventure two distinctly different styles. Pick where you are going to ride the bike most – road or off-road – and you simply have the answer to which bike is for you. And while many people believe the GS Adventure has a more niche owner’s group than the legendary GS, you are wrong. The R12GS is BMW’s number one motorcycle, second is the GS Adventure.

Updated extensively for 2014, the R1200GS Adventure carries the same water-cooled, 92kW, 1170cc engine as the GS with the key differences a heavier flywheel and an extra vibration damper. These changes are made to improve the drivability of the rear-wheel off-road, which is something to be happy about if big, long, high-speed drifts are your kind of thing! Power comes on smooth and strong an is easy to moderate, and that’s without the electronics. 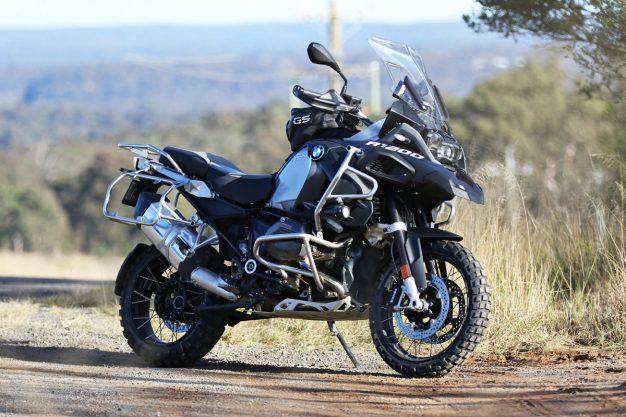 The Adventure comes with two ride modes – Rain and Road – standard, traction control and ABS. From here you can option up, as so many riders do, and add semi-active suspension and the Pro addition to the riding modes. Doing this allows for three extra riding modes – Dynamic, Enduro and Enduro Pro that each differ in traction control, ABS and semi-active suspension settings. With that much variation on offer, every rider will have something to suit them.

My test route varied from fast flowing dirt, to tight corrugated switchbacks, loamy single trail and a wet, rocky valley pass. It’s only a good day ride loop out of Sydney, so there’s tarmac in between and the soothing whir of the knobbies are a reminder that this isn’t the GS. The other pointer is the extra 10 litres of fuel in the Adventure. That said, it’s well hidden and even when standing up on the footpegs it doesn’t feel overly bulky. Yes, it is a big bike, but ergonomically it doesn’t feel like it.

The only time you feel the size of the Adventure is at slow speed and that’s when you’d want a bit of strength, size, talent and/or youth on your side when things get physical as there’s no throwing this machine around like a 400. But that’s besides the point of the Adventure – it is made for big distances exploring, but so good is it in terrain normally traversed on single-cylinder four-strokes, that you find yourself easily going into more and more challenging situations. At the end of the day, that’s just the kind of big adventure bike you want when the going gets tough. 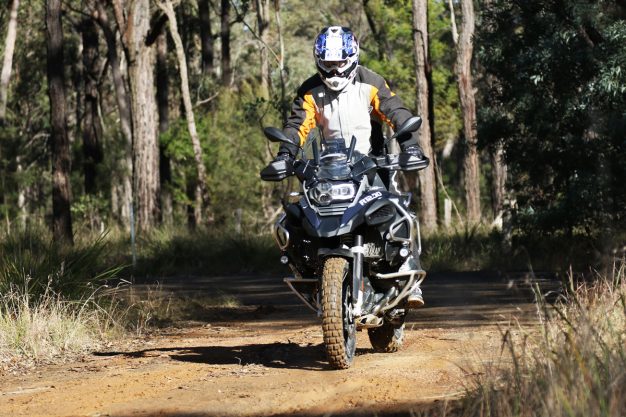 The Boxer engine has a smooth, strong and easily controllable delivery of power. At walking speed there is little clutch work required to keep it moving and where it shines most is in its midrange – the most enjoyable place to ride any motorcycle, especially one off-road. The engine has more power than you can use and fuel consumption is phenomenal – you will easily and enjoyably go a day without stopping for fuel and not be sore either.

The handling is equally as refined and easy on the rider. The unique Telever front-end and Paralever rear-end have proven their worth in terms of durability over the years. The superb control and performance they deliver speaks for itself. Now, more so than ever – with the addition of the semi-active function as an option – the dexterity of the Adventure is better than ever, and at the touch of a button. Be it going from the bush to freeway or solo to two-up ready to see the world, you just tap and go on the bike that you want. 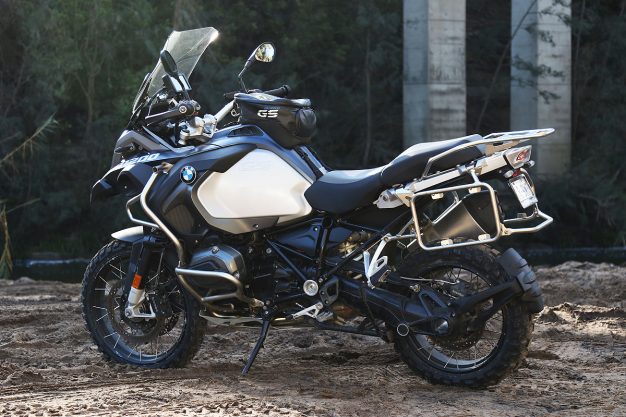 It is easy to see the extra efforts gone to make the Adventure better off-road. There’s more ground clearance, more nimble handling, 30 litre fuel tank, extra scope the electronics deliver, fat footpegs and strong, adjustable levers. It even comes ready for the inevitable with a thick, strong bar well-mounted. Yeah it looks ugly, but that would you want a broken rocker cover gasket on sunset, in winter, halfway up the Oodnadatta Track? Me neither.

This is a machine built for travelling big distance in any direction you can point. On the road it is only compromised by the knobby tyres but if that’s a problem for you, the Adventure isn’t the bike for you. For riders that want a bike that will effortlessly take them on big adventures in ease and comfort, you can’t look past the GS Adventure.