The current crop of Yamaha Motor Finance Australian Superbike Championship (ASBK) presented by Motul Pirelli contenders had their first taste of Morgan Park Raceway this week in a pre-race test prior to next month’s penultimate round.

Reports are that Jones was actually quicker than the official timed benchmark set by Crankt Protein Honda Racing’s Troy Herfoss at 1m14.419s, however we will see what takes place when the race weekend comes around on 5-7 August. 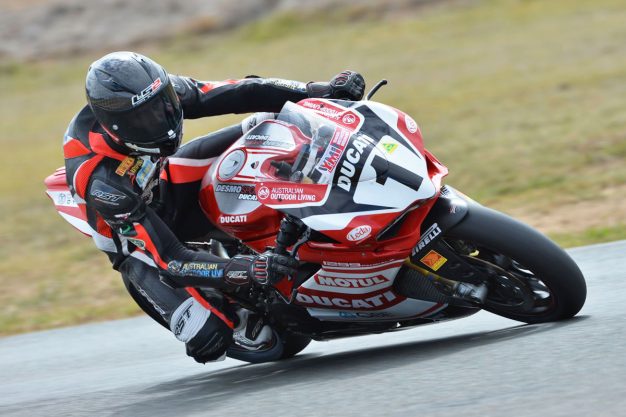 Remarkably though, the leading times were almost a full second quicker than Jones managed last year while dominating the ASBK weekend, so it really signifies just how high of a level domestic racing is at the moment. These guys are the real deal.

Herfoss has said that Pirelli has a new rear tyre in its allocation, which has helped with edge grip, so expect both he and Jones to really take it to the Yamaha Racing Team riders in these final rounds even more if they have made another step forward, grip-wise. It’s going to be a fascinating finish to the season.

As we reported on Thursday, the response to Morgan Park was particularly positive considering the concern previous to the ASBK’s arrival at the venue. While considerably bumpy, many are eager to make their race debuts at the Warwick venue.

“[Wednesday] was really good to be able to learn a new track as quick as we did,” Maxwell said. “It is a good feeling for me to know that I am riding alright and that the Yamaha is working well around this circuit. The next step, is the challenging part, trying to get the last half a second or more out of the bike to try and match Mike [Jones]’ super-quick times around here.”

It was interesting to see World Supersport regular, teenager Lachlan Epis, on track here during the summer break in Europe and he was particularly fast, teamed with the Next Gen Motorsports squad. He will race the round – his first senior race locally – and is on target to really standout at the premier level of Australian Supersport competition.

“Was a bit slow starting yesterday, first time I’ve been to the track without dad running everything, and just took a bit of time to relax and build up to working with these great guys and for all of us to understand each other and move forward,” Epis reflected. “Today the weather held us up for a while, but the track dried out so we stayed till the end and improved a bit from yesterday. 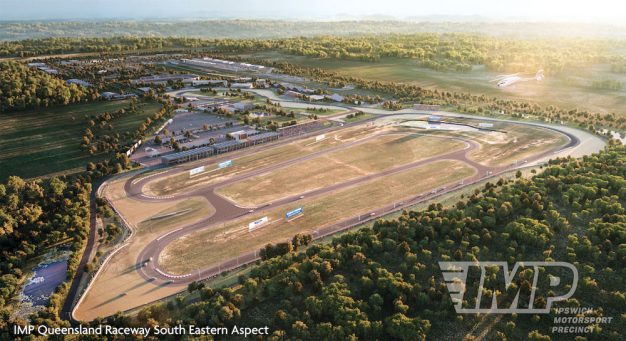 “Looking at the Superbike guys I think race pace will be in the 15s for Supersport, so it’s good we finished the test fastest of those that ran transponders, but I think come August we best find another second. I am feeling really good on the bike, fitness is up and I enjoyed working with Shane [Kinderis] and [Dave] ‘Radar’ [Cullen] and being part of family history and riding for Next Gen Motorsports.”

Plans for Ipswich Motorsport Precinct’s revamp were also detailed this week, including an extension to Queensland Raceway with Damien White at the helm as general manager. If we could see the ASBK back there in the future, while also potentially maintaining the relations with Morgan Park, that would be a positive for the series and we’re hearing it could happen.