Superbike and Supersport victors share their thoughts from Sunday.

In a new-look Race Recap interview upload, CycleOnline.com.au speaks to both the Superbike and Supersport round winners at the Yamaha Motor Finance Australian Superbike Championship presented by Motul Pirelli. Following Morgan Park on Sunday, we caught up with Troy Herfoss and Luke Mitchell to get their take on the day’s action. 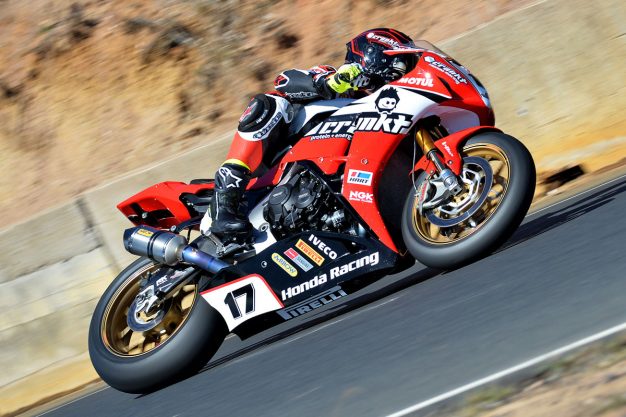 Congratulations Troy on a fantastic weekend. You have dominated here at Morgan Park Raceway with pole position and a double race win, so you must be really happy with this weekend?

I sure am. The pressure is right on me at the moment to stay in this championship, so 51 points is massive for me. It’s also a bit of a monkey off my back as well, as I have never got pole and got the double race win before until this weekend. There have been a few times where I have qualified on pole and won a race, then managed to stuff the next race up. This round was so important. Myself and the Crankt Protein Team Honda Racing guys have put ourselves back in the hunt for this championship. Now we will have to reset and get ready for Winton.

The game plan this weekend, you obviously got out from pole and you pretty much pulled a massive lead – in race two you had a 1.8 second lead on lap one. Was that the target, to get out in front and control it from there?

Yeah, I knew I had really good pace this weekend. On top of that the best part about the Pirelli tyre is that you can go straight from pit lane and do a lap time. I just really want to take advantage of my speed and get an early gap. Being such a physical track, I really had to work hard to get that gap for me. Luckily I had a strong race pace, so I was able to hold the advantage.

The plan for Winton from here? Obviously it’s more of a challenging track for your package in some ways, however the form you are carrying into there is really, really strong.

The way that I am riding, I won’t change a lot. I’ve changed a bit since Perth and added a bit of riding in. A special thanks to Ian and Broc Pearson for me letting me ride their spare bike on a Wednesday with them – it’s just something different I have been trying to ride at a slower pace. With the 300, I know it sounds funny, but there is a fair bit in it, so I have been enjoying that. From a rider’s point of view I’ll just continue to keep doing that. As I said, I’ll just have to reset as Winton is such a different track and on top of that Wayne [Maxwell] is really strong there. We have different pressures now and we have a lot of pressure on Wayne now. We really have to work hard at being fast at Winton. I’m not quite sure how we are going to do that, but we will have to get down there and test.

For sure, no worries! Well done. 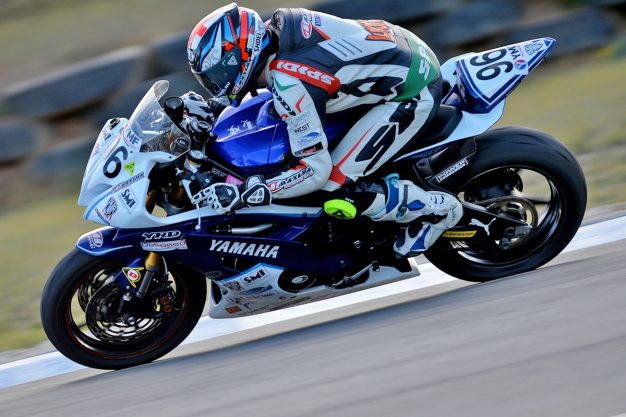 Luke, well done on taking out the overall Supersport round win here at Morgan Park Raceway with a 1-4 result. It must feel pretty good to stand on the top step today?

Yeah, it is always a nice feeling to stand on the top step. I’ve never done it before in Supersport and I’ve never had that pole position before either, so it was a weekend of firsts. I managed to pick myself up from a crash on Friday, which was pretty hefty, so it’s been a big team effort from the whole JNL Racing team this weekend with getting the Yamaha R6 back together. I just put everything together in the first race. Sam [Clarke] got past me and I just sat behind him, I knew I could beat him, so I just strung everything together on the final lap and came home with the win. The second race wasn’t really what I wanted, however it was enough for the overall win and that is all that counts in the end game, so it’s been a really positive weekend. Now we move on to Winton, so I’m really looking forward to that now.

When you crossed the line in fourth in race two, did you know that was enough for the overall win?

I had a feeling it was, however I wasn’t too sure. I wasn’t 100 percent that I did take out the overall round win. I didn’t want to celebrate and look like a goose [laughs]. In the end it was enough and that is all that counts.

You have shown a lot of pace this year, pretty consistently as well. It’s starting to look that you are starting to believe, not only do you belong at the front of field, but now you can win races and overall rounds as well.

Yeah, that’s half the battle. They say if you believe you can do it, you’re half way there. I’ve thought of that all year and that has been my mindset to win. I know I could do it, I just had to get the first one out of the way. I almost did it at Wakefield Park in March, so to come away from Morgan Park with a win and the overall round win is good. It’s a track that I did all of my junior racing on, so I know it pretty well. This weekend couldn’t have been a better place to take out my first-ever round win.

You’re still an outside shot for the championship as well.

While there is a mathematical chance I’m not going to give up, that’s for sure. We’re still in the hunt. At the start of the year I didn’t even believe I would be in the hunt come this time of the year, so this is a huge positive. Myself and the team are going to take every opportunity that comes our way.

No worries, well again, well done and we’ll see you at Winton.