Superbike and Supersport post-race updates from round six.

Follow all the action direct from Winton Motor Raceway’s sixth round of the 2016 Yamaha Motor Finance Australian Superbike Championship presented by Motul Pirelli. CycleOnline.com.au will update this feature directly following each Superbike and Supersport race as they happen throughout the round. 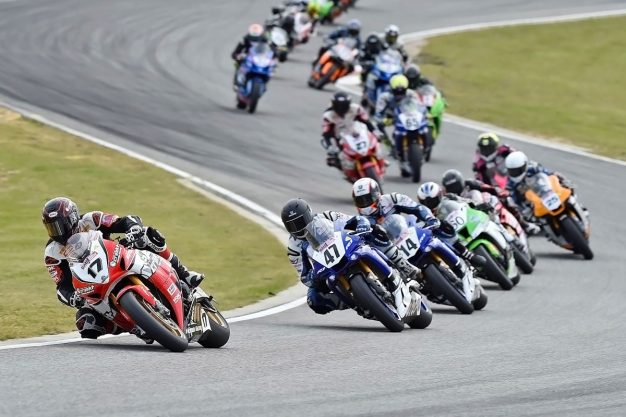 Motul Supersport Race 1:
The opening race of the round saw Troy Guenther (Yamaha) take victory and take over the championship lead in the process. Much of the race, which was initially restarted due to a multi-bike incident at turn one, was led by pole-setter Callum Spriggs (Cube Racing), however he dropped pace in the closing laps, allowing Guenther and Luke Mitchell (Yamaha) to make their way past. The 25 points for Guenther sees him now one point ahead of Sam Clarke (Kawasaki) in the standings with one race to go in the season, as Nic Liminton (Yamaha) was fourth and Clarke fifth. Mitchell also remains in the from for the title in the final outing, 19 points outside of Guenther’s points in the standings. 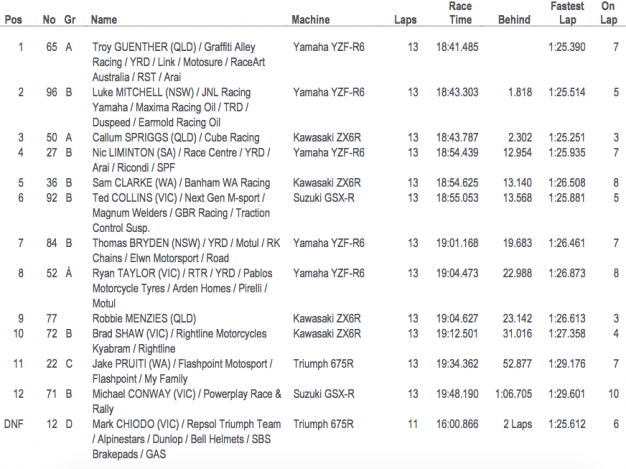 YMI Superbike Race 1:
Yamaha Racing Team’s Cru Halliday starred with the opening race win of the Superbikes at Winton, clawing his way to the front on lap 14 of 17 in a breakthrough result for the longtime factory Yamaha rider. The first half of the race was controlled by Team Honda Racing’s Troy Herfoss, however a charging Halliday halted his position at the front – the pair dicing back and forth until Halliday took the lead once and for all. With Halliday stealing the win from Herfoss and title leader Wayne Maxwell (Yamaha Racing Team) climbing to fourth by race’s end, the latter takes a three-point lead into the final race of the season. Behind Halliday and Herfoss in third was returning former champion Josh Waters (Apex Motorsport Yamaha), as tyre degradation came into play during the closing laps. Fourth was Maxwell from ninth on the grid, edging out Jamie Stauffer (Crankt Protein Honda Racing) and Brayden Elliott (Knobby Underwear Suzuki) in the final stages. Mike Jones (DesmoSport Ducati) came next, while Glenn Allerton (Yamaha Racing Team) saw his title chances slide, crossing the line in eighth. He’s now 15 points down with a single race remaining. Early crashers included Daniel Falzon (JD Racing Yamaha) and Beau Beaton (Racer’s Edge Performance/Craig McMartin Racing Ducati). 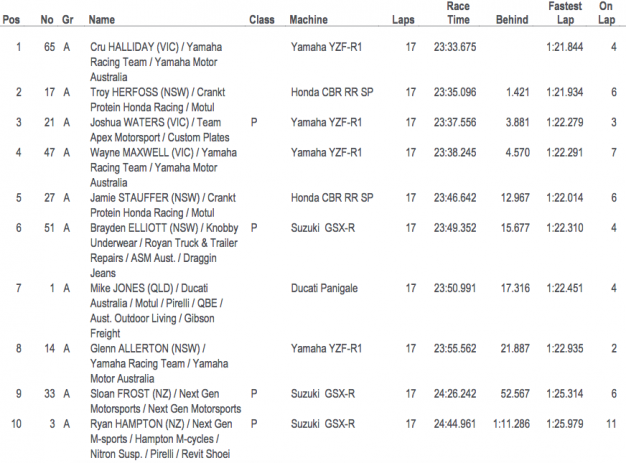 Motul Supersport Race 2:
Race two of the Supersports saw the race for the title taken all the way down to the final corner or the last lap, but it was Guenther who clinched the championship with second across the line. The race was effectively dominated by Spriggs with a 1.499s buffer, however all eyes were on the Guenther/Clarke challenge for the title in the final laps. Eventually Guenther got the nod, putting himself in front when it counted, while Clarke crashed out of contention in the final sector of the last lap and remounted to eighth. That handed third in the race to Mitchell, ahead of Ted Collins (Next Gen Motorsports Suzuki) and Liminton. The round overall belonged to Guenther over Spriggs and Mitchell, while in the standings Guenther won ahead of Clarke and Mitchell. 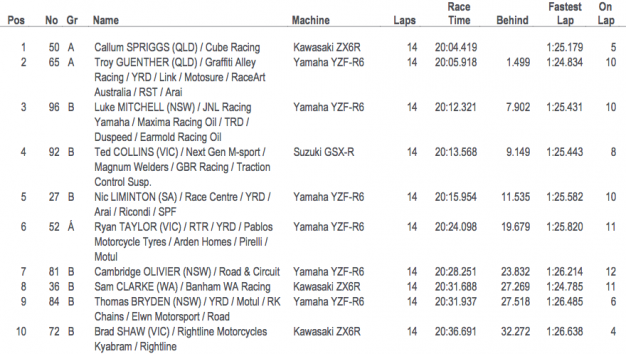 YMI Superbike Race 2:
A nail-biting second Superbike race saw Herfoss clinch his first-career Australian Superbike Championship, leaping away at the front on the opening lap and racing to a 0.729s victory. It was a phenomenal end to a hard-fought season for Herfoss, winning the overall and claiming the title as a result. The crown was near cemented for Herfoss when previous points leader Maxwell crashed out on lap 12, but by that point it had already become Herfoss’ to lose – ultimately adding it to the Australasian championship he won last year. In the race it was Allerton who was the major improver to finish second, while rookie Elliott had a strong ride for third, making his way past Waters in the closing laps. Halliday and Stauffer were fifth and sixth, while Falzon and Beaton rebounded from crashes in race one for seventh and eighth, trailed directly by Jones as he went off-track in the early stages. The round win went to Herfoss ahead of Halliday and Waters, while in the standings Herfoss is the 2016 champion 17 points ahead of Allerton and a further five in front of Maxwell. The privateer Brembo Superbike Challenge trophy went to Falzon in the standings. 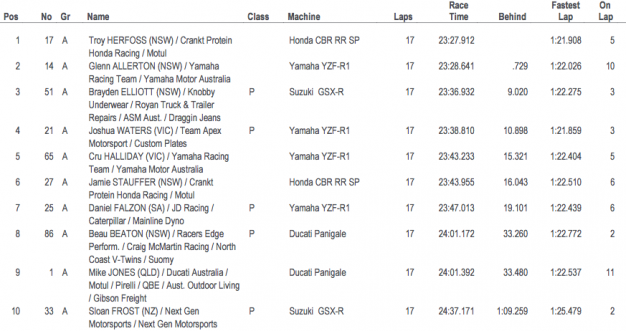