We’re coming directly out of the media centre here at Wakefield Park this afternoon, where the sun has surprisingly crept through ahead of the second qualifying sessions of the round (fingers crossed it stays!).

This is the first standalone round of the Yamaha Motor Finance Australian Superbike Championship (ASBK) presented by Motul Pirelli and it’s yet another important round for the Motorcycling Australia (MA)-run series.

Yesterday was a big news day for a Friday actually, for all kinds of reasons. Yamaha wheeled their bikes out of the transporter equipped with Pirelli tyres, after switching from Dunlop post-Phillip Island.

We reported after the recent Wakefield Park test that Yamaha was using Pirellis, but it was only confirmed yesterday that they’d be racing on them for round two at least. It’d be even stranger to see them bounce back and forth from this point, but we will see. 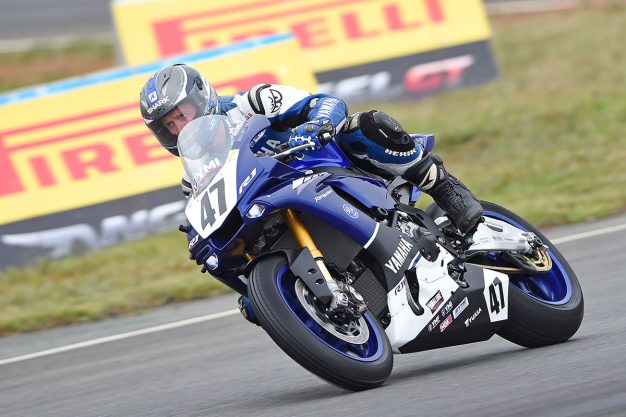 Yamaha Racing Team (YRT) has been particularly quiet on the matter for obvious reasons, preferring to get on with it and see if the on-track results justify the switch. Both Pirelli and Dunlop have both proven competitive though, so it’s definitely not clear-cut.

And on top of that, Beau Beaton has put Bridgestone on the map as we reported yesterday, lapping well inside the top 10 and Kawasaki privateer Josh Hook has also been on the Japanese brand in wet conditions.

Unfortunately for YRT, it has been reduced from two riders to just one in Wayne Maxwell after Glenn Allerton was injured on Friday. The conditions caught him out and he was spat over the high-side into turn 10, breaking his left arm upon landing.

You’ve got to feel for the three-time champion, who was carrying so much confidence into this weekend, and he was due to undergo surgery in Goulburn earlier today. We will provide an update on him once we have one.

With Winton just over a month away, it’s difficult to imagine Allerton will be back by then, so the question has to be asked – with all respect to Glenn of course – whether we will see somebody in his place on the factory R1M. It’s probably not even been considered yet, but we’ll keep an ear out. 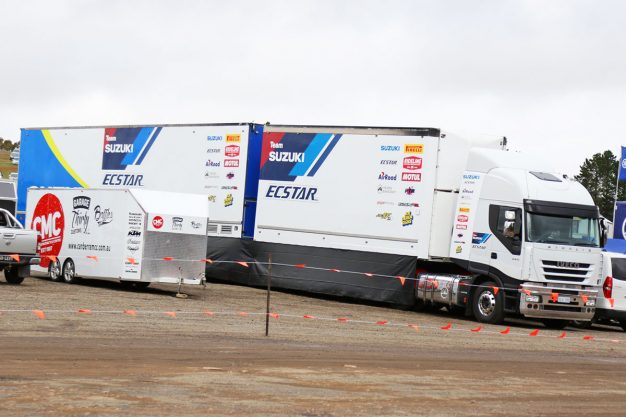 Another topical point this weekend has been the arrival of Team Suzuki Ecstar’s new transporter, which is pretty incredible for a single-rider team. The impact that team has made in the sport already is truly impressive and they’re a welcome addition, that is for sure.

There’s a lot of really interesting story-lines in the ASBK series this year, which we mentioned last week, and we’re definitely taking up the challenge of bring you all the information that we can from events.